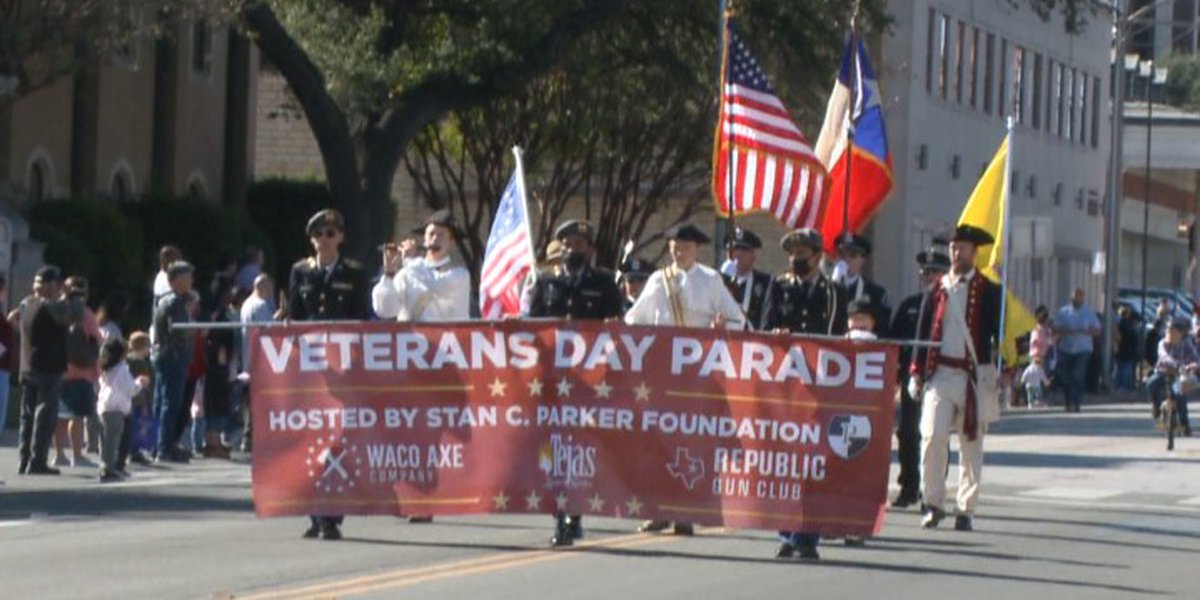 WACO, Texas (KWTX) – Many Central Texas veterans look forward to Waco’s annual Veterans Day Parade each year, and despite the high probability of rain and cold weather, many veterans will parade down Austin Avenue come rain or shine.

“The parade isn’t about us being in a parade, the parade is about the community recognizing and saying thank you to their local veterans,” said Bill Mahon, a Vietnam veteran and parade marshal.

Mahon will lead the Veterans Parade for about the thirtieth time. He started in 1989 and also brings along some of his vintage cars with various paintings honoring veterans. A car showcases the many veterans who have served throughout American history.

As Marshal, he says he enjoys interacting with other veterans watching the parade, as well as children and parade-goers who are there to honor and thank him and other veterans who fought for their freedom.

“Many of us think of the men and women we served with during our time on active duty during the parade,” Mahon said. “The second important part is the children in the parade, and the children who watch the parade get a glimpse of history. When this parade is over you will see the last of our World War II veterans. It used to be hundreds. Now we are less than a dozen in our parade.”

Mahon says he’s one of the many veterans looking forward to the day and the parade, and that’s why parade-goers will see him along the route, even if the weather forecast isn’t the best.

“My torn buttocks will go down Austin Avenue no matter what the weather because our men and women have fought over the years, regardless of the weather, war and service have no weather break,” Mahon said.

Another group looking forward to the parade is the Combat Vets Motorcycle Association Chapter 2310. Parade-goers won’t be able to miss the group as they ride their motorcycles and vests down Austin Avenue.

John “Airbender” Tippy, the chapter commander and combat veteran, said the group of combat veterans not only come together to enjoy their hobby, but also to honor other veterans and spread awareness of their cause.

Tippy has rode his motorcycle over 16,000 miles in support of this cause and this parade will add even more miles.

A combat veteran, he looks forward to honoring and supporting his comrades while pursuing his favorite hobby.

“We all have a lot of fun doing it,” he said. “We love supporting our veterans because we are veterans ourselves and you can’t beat that. It is a good feeling. Just coming out and being able to showcase who we are and what we do and make a name for ourselves so people know who we are so we can provide the help we are here to do.”

This is the 99th Annual Veterans Day Parade hosted by the McLennan County Veterans Association and the Stan C. Parker Foundation.

The Veterans Day Parade begins at 11 a.m. and over 100 groups are expected to parade down Austin Avenue. However, rain probabilities can affect the lineup.