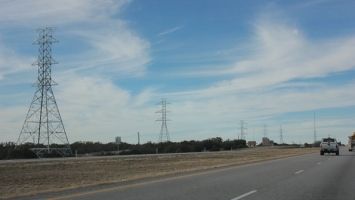 Texas regulators say the PCM is addressing rapid growth in the state rather than addressing “specific issues” that emerged during Uri.

“What we are aiming for today in phase two of the market transformation is long-term reliability in a state with high economic and population growth and a large amount of intermittent renewable generation,” said Cobos.

The PCM would set a fixed amount of credit for generators, with the state’s grid operator, Electric Reliability Corp. of Texas, acts as the central exchange for the loans. Credits would be awarded to generators after a compliance period based on a history of their availability over a number of hours of high reliability risk, as described by E3’s program. The utilities would be required to purchase credits based on their share of the system load during those hours.

“At the most basic level, the PCM…requires anyone selling electricity to a household or business in ERCOT to guarantee that they are getting that electricity from a reliable source,” said Chairman Peter Lake. Utilizing a central clearing mechanism “provides transparency, minimizes proprietary trading and requires accountability from all of our market participants, ultimately protecting consumers and ensuring reliability.”

Texas lawmakers have reshaped the state’s energy-only electricity market since Uri. Senate Bill 3, passed in 2021, called for strengthening grid reliability through weathering and market reforms. The PCM would “guarantee a pot of revenue for reliable resources to compete for,” Lake said.

Those resources could include gas, coal, nuclear, batteries, hydrogen, or anything with “an on switch,” Lake said. “We want that to be technology agnostic.”

The PCM is a “unique solution to our needs,” Commissioner Will McAdams said. It requires loads to buy enough power to “meet our needs, plus reserves, but not on a forward basis.”

“It allows both loads and generation to make their business decisions based on the best possible information available as they go into the day of operation,” he said.

Unlike other major grid operators, Texas has dispensed with a futures capacity market for its electricity markets. McAdams called the PCM a “two-model hybrid” that inherits “many of the best features” of capacity markets and a pure power market.”

“It would allow us to cope with extreme variability in power supply and an energy portfolio that is increasingly dominated by intermittent resources,” he said.

Comments on the proposal must be submitted to the Commission by midday on December 15th.