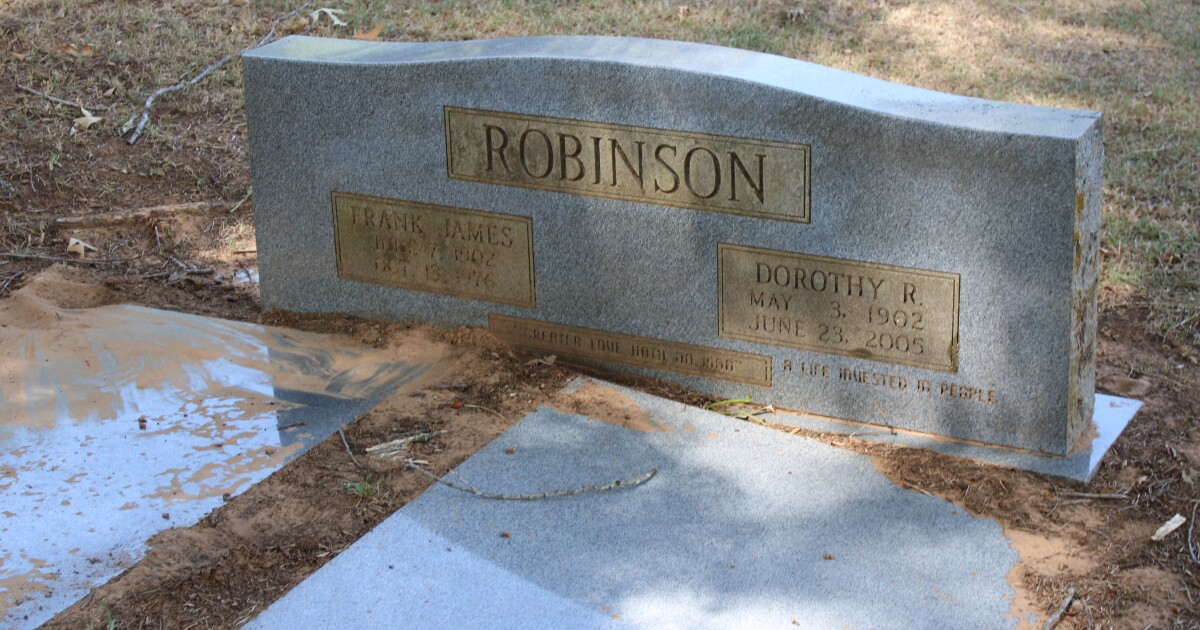 Dorothy Robinson was one of the last people in Palestine, Texas to learn that her husband Frank was dead. Her first indication that something was terribly wrong was when her plane landed at Tyler, the closest commercial airport to Palestine.

“I could always see him stand out because the plane was so small. It’s just like you’re in a car and I haven’t seen him. And when I got out, there were my sister and her husband and a friend and his daughter,” she said.

Frank J. Robinson was a civil rights activist in East Texas. In 1976 he died under mysterious circumstances from a headshot from a shotgun. It was ruled a homicide by the Palestinian police chief, but was then ruled a suicide. There’s a lot of evidence that doesn’t make sense.

When Frank died, Dorothy was out of town for some educational conferences. She has served as Chair of the Governor’s Advisory Board on Technical Vocational Education. The first conference was held in San Antonio, the other in Minneapolis. The week before his death, Frank drove Dorothy to Tyler Airport.

“He stopped at the back door on his way to the car. And he looked and said, ‘You know, you’re still a pretty good-looking old lady.’ And I said, ‘Boy, come here. I have to catch the early flight.” And when we walked up to Tyler’s and to this day I can’t remember if I kissed him goodbye, I assume I did it because it was a habit to do , but I can’t remember,” said Dorothy.

“I called him from San Antonio on Saturday night. And of course he had my schedule and lodging, but I reminded him again that I was flying to Minneapolis and would be back on Thursday. And I called him Sunday afternoon after I got to Minneapolis. And he said, ‘We had a little cold snap. And I can’t find my long underwear.” And I said, ‘Well, it’s not that cold. Is it?’ He said, “Well, I’m comfortable in that.” And I told him which drawer it was in. He said, “Well, I looked in there,” and I said, “You just didn’t dig deep enough in the drawer.” I said, ‘But you won’t freeze to death until I get there.’

“I said, ‘I’ll be there on Thursday.’ And I said, ‘My plane just landed at 10 o’clock’ or whatever. And he repeated the time. And I think that was the last thing I know… the last conversation we had… was probably the last thing I heard him say other than ‘goodbye’.”

Frank J. Robinson died in 1976. This was a time before our constant connectivity. Therefore, Dorothy was groping in the dark about Frank’s death. There were no cell phones, no texting, and no email. Pagers or beepers only became popular in the 1980s.

Also, Dorothy arrived the same day Frank’s body was discovered on the floor of her garage – Thursday October 14th. So Dorothy really had no way of knowing what to expect in Palestine and back before her plane landed at her home.

“When I came they had removed his body and cleaned up the garage and everything. And police were later criticized for cleaning it up so quickly, saying they had no, no time to thoroughly investigate the crime scene. The police were everywhere, asking questions and things like that. And at first the chief had told a few people, including Timothy Smith, that it was a clear case of murder.”