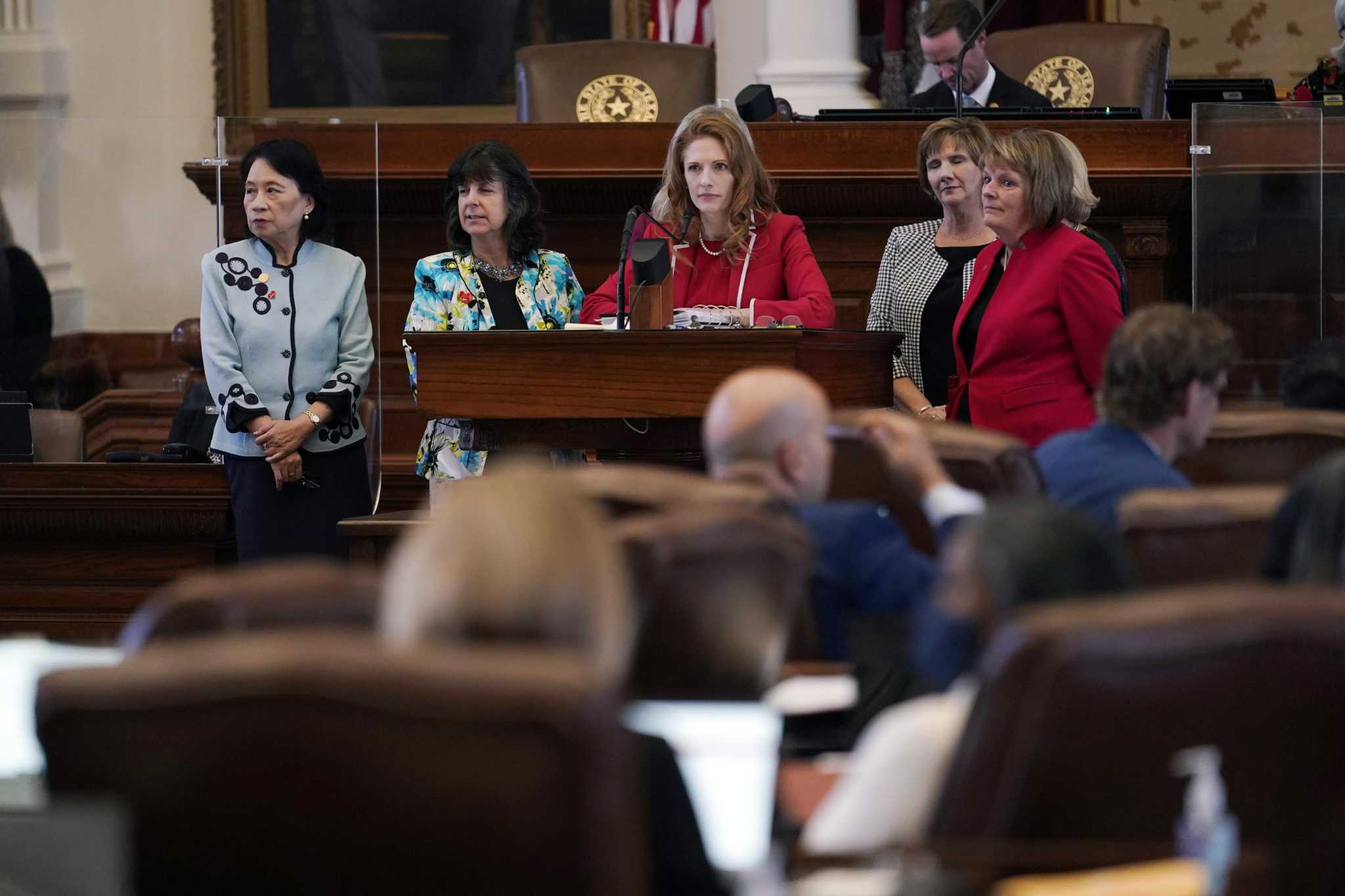 Last week’s elections did little to change the party-political split in the Texas legislature — the Republicans only slightly expanded their majorities.

But the legislature also saw some turnover, with more than two dozen lawmakers retiring or running for higher office. Texans sent more conservative Republicans into the state capitol, particularly the Senate. They also significantly diversified the house, doubling the number of GOP women in the chamber, expanding the LGBTQ caucus, and electing the first two Muslim lawmakers.

“A state as diverse as Texas deserves representation that reflects its distinctiveness,” House Speaker Dade Phelan said in a statement. “The composition of the House of Representatives reflects the diversity of our state, and I look forward to leading the chamber so that all members can use their diverse backgrounds to choose their districts and do what is best for their communities.”

Males and whites have long been overrepresented in the Texas legislature and do not fully reflect the state’s demographics. Those challenges will remain in the 88th session, which begins January 10, but the new members are a step toward a body that more accurately represents Texas’ 29 million residents.

Several Latino members will also begin the session on the GOP caucus next year, including Janie Lopez, the first Hispanic GOP woman to represent the Rio Grande Valley. Also among their majority are John Lujan, who was reelected in a swing district in the San Antonio area after winning it in a special election last year; and Ryan Guillen, the former Democrat who switched parties late last year and was re-elected with more than 70 percent of the vote.

“I expect that the diversity that we have witnessed in our Chamber over the past several years will continue to increase in the future,” Phelan said.

Texans elected a total of 14 Republican women to the House of Representatives this month, doubling the total number of GOP women in the chamber. At 28, Round Rock’s newly elected representative, Caroline Harris, is the youngest GOP woman ever elected to the Texas House.

“It’s important that my generation has a seat at the table when it comes to determining the policies that will shape the future of our state and our nation,” she told Fox News. “The Democratic Party has claimed for too long to be the voice of young women. I look forward to providing a strong counter-voice for conservative women of all ages.”

Ellen Troxclair, a former member of the Austin City Council, was elected to represent House District 19, which includes several Hill Country counties east of Austin. She said growing representation in the Republican Party will help the majority address a range of issues that primarily affect women, including domestic violence and resources for new mothers.

But Troxclair also stressed that she and other female members of the caucus should not be “boxed up” on women’s issues. Her priorities also include securing the Mexican border, lowering property taxes and helping the police.

“While these issues are incredibly important and we will step up and support women, we need to make sure our voices are heard on a wide range of issues because those are the things that really affect families around the kitchen table,” she said.

Angelia Orr, who was elected to represent a sprawling county around Waco, made a similar statement. She’s “proud” of the diversification of the GOP faction, but “I’m even prouder that we were all chosen based on our qualifications and merit.”

She also wants to lower property taxes and secure the border, but also advocates for more funding for public schools and stronger rights for private property owners.

Expansion of the LGBTQ caucus

Texas also elected the first two black LGBTQ men to the Texas House: Christian Manuel, who will represent Port Arthur, and Venton Jones, who won a district in Dallas.

Manuel is longtime Chief of Staff to State Rep. Joe Deshotel, D-Beaumont, and has approximately 18 cumulative years on the Capitol. His institutional knowledge surpasses that of many recently elected lawmakers, and he plans to use that to Democrats’ advantage next year.

Among his priorities is strengthening special education – a deeply personal concern as Manuel is dyslexic and has several family members on the autism spectrum. He also wants to push legislation to combat domestic violence and combat climate change.

“At the end of the day, we have to protect people,” Manuel said. “That’s what government is about.”

Jones, the first openly HIV-positive member of the Texas legislature, said his identity and lived experiences help him address issues like racial inequality and homophobia. He also brings 20 years of public health experience to Austin and says His expertise could help legislators to develop differentiated health policy laws.

CONTEXT: With 31 lawmakers moving on, the Texas legislature has room to redden

He is preparing for a fight in the legislature this spring, where the entrenched Republican majority is expected to again draft legislation targeting members of the LGBTQ community, including efforts to expand gender-affirmative care for transgender children ban and restrict the way public schools address sexuality.

The vast majority of Jones’ future voters are people of color, and he wants to ensure his work both addresses their current needs and creates future social and economic opportunities for them.

“I am thrilled to have the opportunity to serve and help ensure the voices of these communities are heard,” Jones said. “We’re looking at this from an intersectional perspective.”

Democrats Salman Bhojani and Suleman Lalani became the first two South Asians and Muslims to be elected to the legislature after their victories last week. Both are originally from Karachi, Pakistan’s most populous city, and belong to the same religious minority, the Shia Ismailis.

Lalani, 55, who first came to the United States as a young medical student, will be the only primary care physician in the Texas legislature. He said he hopes to share his medical experiences with his co-legislators, including how his specialty in geriatrics has shown him the importance of prevention and access to care.

“My patients are one of my biggest sources of inspiration,” Lalani said. “We have the largest medical center in the world (in Houston) – the who’s who of the world flies to the US to use it for treatment – but our own people can’t cross the street to get it.”

Bhojani, an attorney and small business owner, was elected to District 92 in Tarrant County, which became bluer after last year’s redistricting. In 2018 he became the first Muslim to be elected to public office in his hometown of Euless.

His rush to get involved in politics came after former President Donald Trump signed an executive order barring foreigners from seven mostly Muslim countries from visiting the country. Bhojani said he immediately went to Dallas-Fort Worth Airport to push for the release of the detainees.

“I was able to get them out, so I won that fight, but the war went on,” he said. “I remembered Mahatma Gandhi’s quote: ‘Be the change you want to see in the world.’ I felt like I wanted to do that – sit down at the table because Muslims have been on the menu for far too long.”