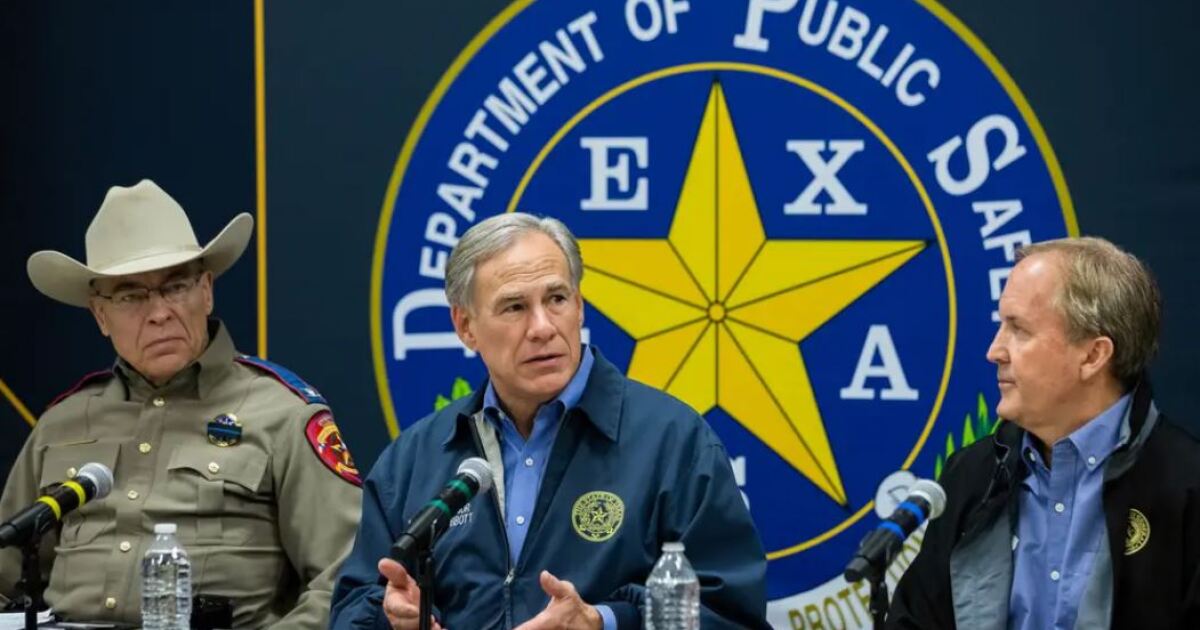 KERA has learned that when these organizations receive funds administered by the Governor’s Office, they must certify that they are not violating immigration laws.

Failure to meet the requirements set forth in a five-paragraph document may result in the Office of the Governor terminating or revoking a grantee’s funding.

Organizations working with victims of domestic violence say they are concerned about the potential impact.

“I’ve spoken to a lot of leaders over the past few weeks who are concerned about this,” said Gloria Aguilera Terry, CEO of the Texas Council on Family Violence. “It’s scary.”

Terry said there are state and federal legal safeguards that require organizations like hers to minister to people regardless of their national origin.

“So if you read the document on the first pass, you think it’s preventing you from providing those services,” she said.

KERA News reached out to Gov. Abbott’s office Wednesday afternoon for comment. This story will be updated as soon as an answer is available.

The directive puts organizations working with risk groups in a dilemma. They must choose between helping clients – regardless of their citizenship status – or losing funds that could force them to cut back on services to others in need.

The requirements are contained in a document called the Certification and Assurance Form issued by the Public Security Bureau.

The form states that a grantee “has, and will not have, until August 31, 2023, or the end of the grant project period, no policies, procedures, or agreements (written or otherwise) that apply in any way to violations of immigration laws encourages, induces, seduces or supports.”

The receiving organization must also certify that it is not subject to any policy or practice that “encourages the concealment, harboring, or shielding from detection from justice of fugitives or aliens who have entered, entered, or remained in the United States illegally… “.

The form also requires that a grantee not adopt or enforce policies that prohibit them from enforcing immigration laws.

Terry’s organization represents a statewide coalition of nearly 100 community organizations throughout Texas. She said it was not an anomaly that conditions were placed on the funding. Sometimes this condition comes from the federal agency that allocates money to the state.

But she said this language is different.

Terry has had several conversations with Abbott’s office to try to understand what the condition means.

“What they conveyed to me is that this is an assurance they’ve had with their other grantee types — mostly law enforcement — for at least three years, and they’re trying to create consistency across all funding streams, grantee types,” Terry said .

Terry and others say signing this form sends the wrong message and gets to the heart of their work – protecting people, often in life-threatening situations, regardless of their background.

“It forces us to consider that unless they receive this funding, most agencies will not be able to successfully serve their communities,” she said. “But signing this document feels like we are jeopardizing our value for money.”

Kathryn Jacob, President and CEO of Safe Haven of Tarrant County, said she was confused when she read the document and realized she had to sign it.

“What we’re essentially promising is that there will be no so-called barriers to entry,” Jacob said. “We can’t say, ‘You have to have red hair to stay here.’ There can be no barriers, so if you are a victim fleeing domestic violence… no matter what race, what gender, anything, it is our duty to serve you in any way.”

In fact, organizations like these have been helping immigrants who are victims of domestic violence who are undocumented. Such victims are sometimes eligible to apply for special visas specifically for survivors of human trafficking or other situations.

Jacob also points out that when someone seeks shelter in Safe Haven, that person does not do a background check. But her organization cooperates with law enforcement when necessary.

“Although we will never release names or identifying information of people in shelters – because it is our primary means of protecting someone, it is not our job to shelter refugees.”

Do you have a tip? Email Stella M. Chávez to [email protected]. You can follow Stella on Twitter @stellamchavez.

KERA News is made possible by the generosity of our members. If you find this coverage valuable, consider it make a tax-deductible gift today. Many Thanks.