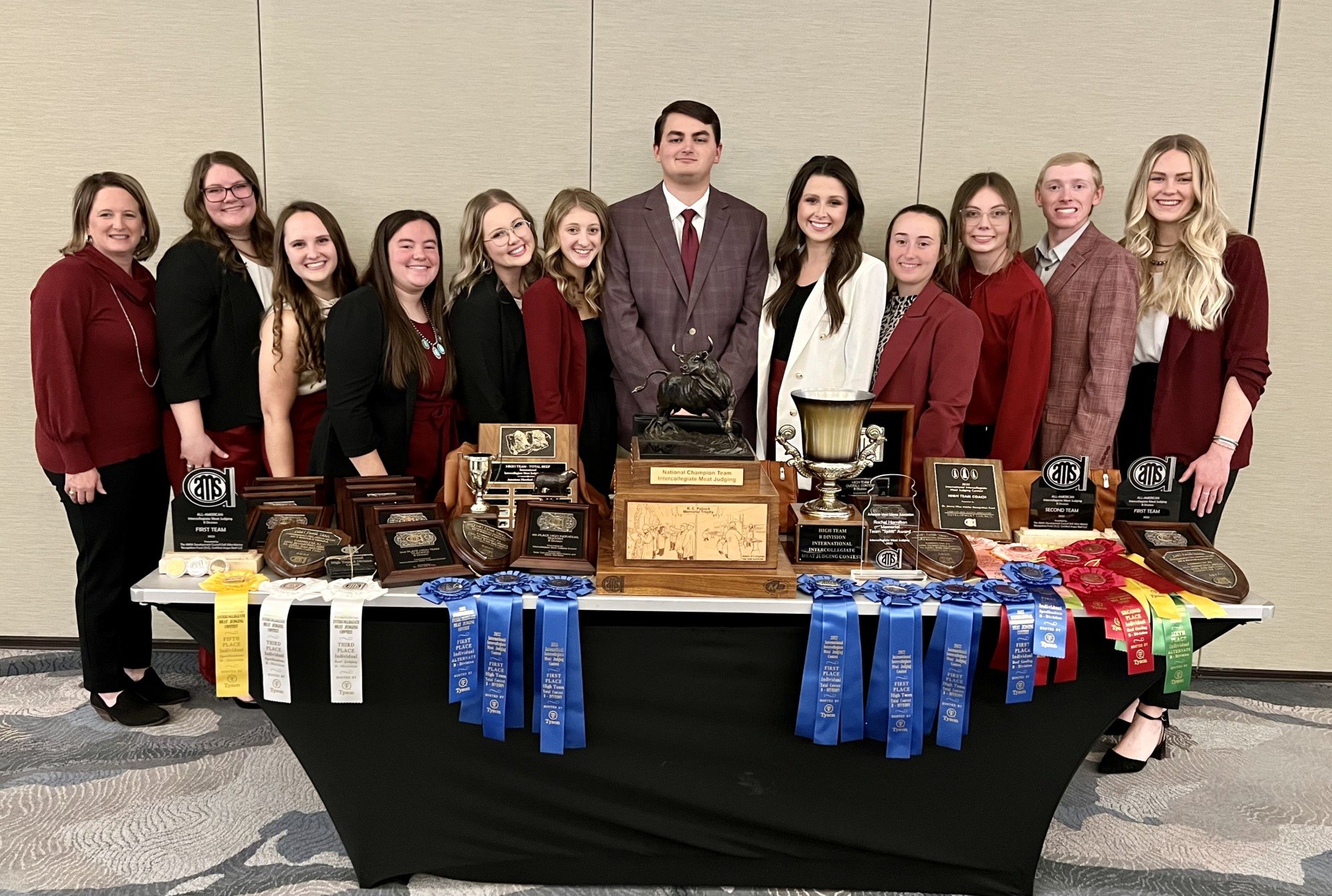 The team members, all students in the Department of Animal Sciences of the College of Agriculture and Life Sciences, took first place in beef grading, whole beef, lamb and pork grading, specifications and rankings. The team placed second in the grounds and beef judging to win the national title.

Additionally, four students placed individually in the top 10, with three members being named to the AMSA All-American Teams. The All-American teams will be selected based on the students’ individual competitive results throughout the 2022 meat judging season combined with their academic performance. Each team consists of four students selected from the more than 90 students participating in the intercollegiate meat grading nationwide.

“The department is very proud of these students and their coaches for this great achievement,” said Andy Herring, interim director of the Department of Animal Sciences. “We must remember that students juggle all their academic duties in addition to their long hours practicing and traveling to competitions throughout the year. That they are able to do this is very impressive.”

Barrett was also the team recipient of the Rachel Hamilton Spirit Award, an award chosen by each team to honor a team member who they believe is the spirit of the team and embodies the spirit of meat grading at Texas A&M.

“Coach Kaylee Greiner and I are proud of our great students”, said Jennifer Wyle, Meat Evaluation Team Coordinator, Department of Animal Science. “The depth and consistency across the team has been critical to our success. At every competition, not only did the students consistently place in the top 10, but we always had a great performance from the alternates in the competition.”

The meat evaluation team consists of 10 students. At each of the competitions, the coach selects four students to ‘mark’ or represent the team score. The remaining six students compete as alternates and compete as individuals. According to Wyle, the marking team has won five of the eight competitions the team has competed in over the year.

The team is coached by Kaylee Greiner from Christianberg, Virginia, a graduate student in the department.

The 2022 Meat Grading Team has evolved from students from the Fall 2021 session of ANSC 317, Meat Selection, Evaluation and Grading. They began training at the Rosenthal Meat Science and Technology Center on Saturdays in September and won their first championship title in Greeley, Colorado at the National Western Stock Show in January.

The team competed in eight competitions before the national competition and traveled thousands of kilometers across the country. They spend nearly 70 nights away practicing and preparing not only for competition but to develop skills that can help them in their future careers, Wyle said.

The meat grading program at Texas A&M is one of the opportunities available to the department to recruit and train future leaders in the meat science industry. According to the AMSA website, “Meat grading is much more than just determining the quality and lean meat yield of a carcass or wholesale cut; The program serves as a training tool to develop young leaders in the meat and livestock industry.”