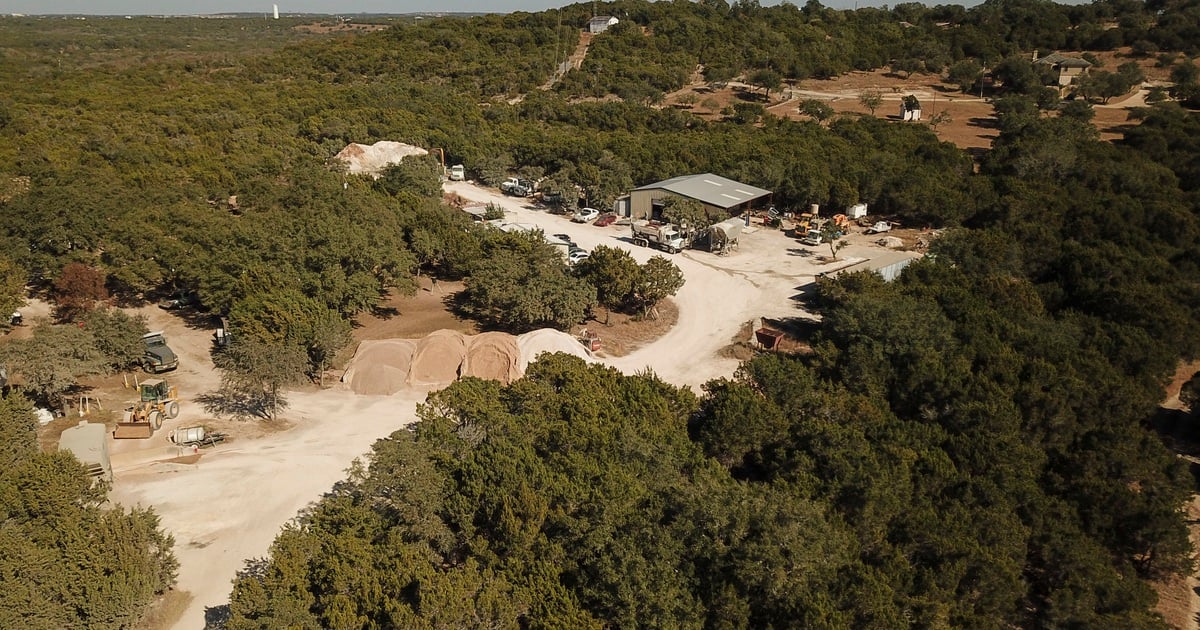 ARLINGTON — Deirdre Diamond is frustrated and concerned that another cement batching plant is coming to her town. Gunter, located about 50 miles north of Dallas, already has 11 approved concrete batching plants, according to Texans for Responsible Aggregate Mining, and now another is on the way, worrying local residents who say the dust and particles the plants emit pollute the air they breathe.

“It’s constantly like a cloud of dust,” said Diamond, a 40-year-old respiratory therapist who lives about 5 miles from one of the facilities. The mother-of-six said she started homeschooling her children over concerns that plants less than 3 miles from their school would affect their health.

Diamond, the lead attorney for Gunter Clean aira local group formed to combat pollution from the plants was one of many residents from across North Texas who came to a meeting of the Texas Commission on Environmental Quality in Arlington earlier this week and told the agency that their neighborhoods Concrete mixing plants suffer from the pollution caused by .

Meanwhile, some Texas lawmakers have tabled a handful of bills ahead of the upcoming legislative session that will establish new rules about where concrete batching plants can be built and impose tougher pollution restrictions on the plants.

At the TCEQ meeting, Dallas and Midlothian residents called on the agency to protect their communities. They want regulations to require new concrete batching plants to be built further away from neighborhoods, schools and parks. Dallas already has 38 batch facilities, more than half of which are located in West Dallas near schools and homes. Midlothian, southwest of Dallas, has four concrete batching plants.

Texas residents have long complained that the plants spew pollutants that cause breathing problems and disproportionately affect low-income and communities of color.

About 100 Houston residents traveled to the Texas Capitol earlier this year to protest TCEQ’s decision to open industrial facilities, such as cement batching plants, in predominantly Black and Hispanic communities.

The Environmental Protection Agency has found that batch plants pollute the air with particulate matter, increasing the risk of asthma attacks and cardiac arrest if too much is inhaled.

“I’m really concerned that TCEQ is watering down the science,” Diamond said. “I need the science to actually reflect the cumulative effects.”

He said TCEQ is conducting “conservation reviews” to assess the potential impact of emissions from proposed concrete mixing plants on people’s health. If the proposed facility meets the requirements, its permit will be approved, he said.

TCEQ staff said at the Arlington meeting that the cumulative impact Diamond mentioned is something “we can go back and look at,” and encouraged people to submit formal comments once a proposal is released.

TCEQ said it will consider public input in its review of air pollution standards for the facilities and assess the potential health impacts they could have on residents and the environment.

A proposed change is expected early next year, followed by a 30-day period for public comment and a public meeting. According to agency employees, the new standards would not be implemented until mid-2023 at the earliest.

As TCEQ advances possible pollution limit changes, lawmakers like Jarvis Johnson, D-Houston State Assemblyman, are once again trying to apply stricter regulations to concrete batching plants. Johnson has introduced legislation that would make it harder for new concrete batching plants to open in cities without zoning like Houston. The bill would also require businesses to hold community meetings with residents as part of their permitting process.

Johnson, whose district includes Houston’s Acres Homes — a neighborhood north of downtown that successfully fought a proposed concrete plant in 2020 — tabled similar bills in previous legislatures but failed to pass them.

He said his previous bills had met opposition from Republican lawmakers, including some representing Harris County. This year, he said, he’s taking a different approach, arguing to fellow lawmakers that concrete plants hurt property values ​​and mean less taxpayer money for cities, counties and schools.

Under current TCEQ rules, only residents who live within 440 yards of a concrete batching plant can request a contested hearing, a formal process by which residents and business representatives go before an administrative judge who makes recommendations to TCEQ.

Rep. Nicole Collier, D-Fort Worth, has introduced a bill that would increase that distance from 440 yards to 880 yards and expand the list of people who may request a hearing on the impugned case to include representatives of a school, house of worship, licensed daycare, hospital, or medical facility.

Collier said she understands the need for concrete batching plants “to spur growth in our state,” but hopes her bill strikes a balance to ensure “the health, safety and well-being of Texans.”

“Schools, daycares, places of worship and medical facilities all have the same potential to be affected by the dust generated by these batch plants, and those impacts can extend well beyond the 440-yard kickback required by law,” she added.

A similar bill by Rep. Donna Campbell, R-New Braunfels, would open the process to the same list of people but keep the distance limit at 440 yards.

Stakeholders have also campaigned to increase language access to the TCEQ approval process for non-English speakers. EPA is investigating the permitting of concrete batching plants in Texas after Harris County attorney and a legal aid group allege that TCEQ discriminated against racial and ethnic minorities and those with limited English skills.

State Rep. Claudia Ordaz, D-El Paso, introduced a bill that would require TCEQ to provide notices of public meetings in languages ​​other than English, as well as translators and interpreters with the skills to understand complex environmental laws and procedures like them are involved to communicate batch facility permits.

Ordaz said the lack of notices of public meetings and translated minutes of meetings has barred the majority of Spanish-speaking residents in her district from participating in the permitting process.

“We are on the front lines of environmental injustice,” Ordaz said. “I know that it is an administrative and financial burden for a government agency to take on these additional tasks. However, the health and well-being of the community must be our top priority.”

Ordaz hopes the bill will force TCEQ to deliver on its promise to be more inclusive of marginalized communities.

Back in Arlington, Diamond asked TCEQ to tighten air pollution limits and prevent the opening of more concrete batching plants in Gunter.

“I submitted comments, I submitted all sorts of environmental issues, but no response,” she said. “That’s why I have to convey to you the importance of actually looking at the impact of multiple plants in an area, otherwise communities like mine will never be served.”