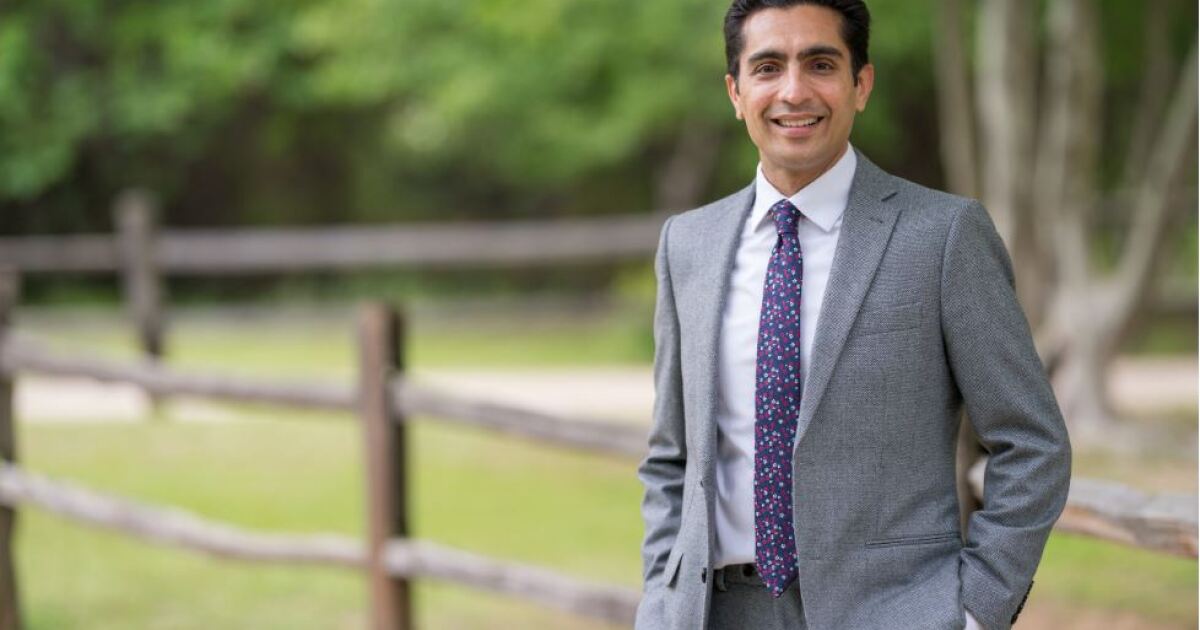 On Tuesday, Texans elected several firsts for the state, including the first openly gay black men to serve at Texas House and the first Muslim and South Asian state officials.

Salman Bhojani, who will represent House District 92, which includes parts of Arlington, Euless and Bedford, is among those firsts.

Bhojani, originally from Pakistan, immigrated to Texas with his parents as a teenager. After working his way up through various jobs, he eventually became the first Muslim American to hold elected office in Euless. Now he’s on his way to the Texas Capitol.

Bhojani spoke to the Texas Standard about the significance of his election, as well as his background and what he hopes to achieve in his first term. Listen to the story above or read the transcript below.

Texas Standard: You yourself drew attention to the historical nature of your election, as you were also the first person of color to represent House District 92. Can you tell us a little more about it and why this was so important to you?

Salman Bhojani: Secure. Representation is very important and I feel like I’ve had historic campaigns in the past and I want to draw attention to the fact that we have so much diversity in our great state and cities and that’s why we need it Representing the Statehouse and also elected officials.

As I’m sure you know, as recently as 2017, there were instances of unwelcome behavior towards Muslims in the Texas Capitol. There were problems with protesters on Muslim Capitol Day. Do you worry about going to Austin?

I do not think so. I think our state is very diverse and very welcoming and there are a lot of people who understand that there is no religion that the state supports and there are so many religions that can come together and respect each other and that is what My rhetoric has been since becoming politically active is how we bring civility into our discourse, regardless of our creed, ethnicity, religion, sexual orientation?

How do you proceed? Everyone talks about it, but a lot of people are kinda looking for answers.

I think you start by modeling this behavior yourself, and that’s what I tried to do: be really humble and listen to all perspectives. In fact, I’ve knocked on doors of Republican households and heard their perspective as well, so I have a very non-partisan nature. By modeling this behavior, people will see that he wants to reach down the aisle; He wants to get multiple perspectives. And I’ve actually already established an Interfaith Advisory Council for my office where we have members who live in HD-92 from different faiths and faith leaders who are here and understand my message to come together, have interfaith dialogue and respect one another.

If you don’t mind, I’d like to ask you a question because it takes a certain type of person to run for political office. We saw low turnout and there have been concerns over the years about a decline in civic participation, but this is where you chose to get involved in politics. What triggered that?

That’s a great question. In 2016, we elected our former president, and I felt that wasn’t the right decision for America. America basically opened its arms to me when I came to this country as a 19-year-old boy and worked gas stations, mopping floors for $6 an hour, and I felt like that’s what America is made of — to have , welcoming immigrants, welcoming people from different backgrounds and beliefs, and our former president was really disrespectful towards immigrants and people of Muslim faith. And that’s what got me involved, but not just from that perspective. I think we really need to build a pipeline of youth from diverse backgrounds to really make sure we have better representation and that’s what I think I’ll start on my own and create that enthusiasm in minority communities.

What you described as a 19-year-old coming to Texas to get your first job – what did you want back then and how did those first months and years here in Texas shape you?

Secure. Yes, as an immigrant in the countryside, I felt the need to put food on the table. I had to, you know, make money so we could have all the things we wanted in this country and send my kids to school. And so I felt like it was a lot of hard work over the years. I worked three jobs to make ends meet. Then I moved upstairs. I became a cashier, then a manager, and then in 2003 I bought my first business – actually that was in District 92 in Arlington – and then I went to law school at SMU and after four years became a lawyer and worked at Haynes and Boone, where I was chairman Rafael met Anchía who actually infected me to make sure I… As lawyers we have to give back to our community and so I got involved in my city too, but it’s been such a really blessed journey so far living the American Dream and my goal in representing District 92 residents is to give them opportunities to have and live this American Dream — their version of the American Dream.

I’ve spoken to freshman representatives at Texas House in the past, and nearing the end of their term, some have expressed frustration because, you know, you’re new. You get to know the ways of the legislature and sometimes some of the people who have been there for years if not decades seem to run everything and it’s hard to be heard. Do you worry about that and I wonder how you can call your tenure a success? Do you have any thoughts on this?

Yes, I’ve thought about that a lot. I’ve survived a lot of Islamophobia. People were telling me to go back to Pakistan and you are not an American and you bring Sharia with you and so I’ve been through a lot and I’ve been through it all because I really have a passion to serve the community and the people from HD-92 really serve. In the last session I spoke to a lot of representatives and I was really tough on them, but I think I have an optimistic outlook on a lot of different things and I really feel like I have the bipartisan approach that is needed to succeeding in the state Legislature – how to work across the aisle to ensure we work on kitchen table problems. There are topics that every single Texas family talks about over dinner, and those are the topics I really want to focus on: a good economy, access to health care, and education for all.