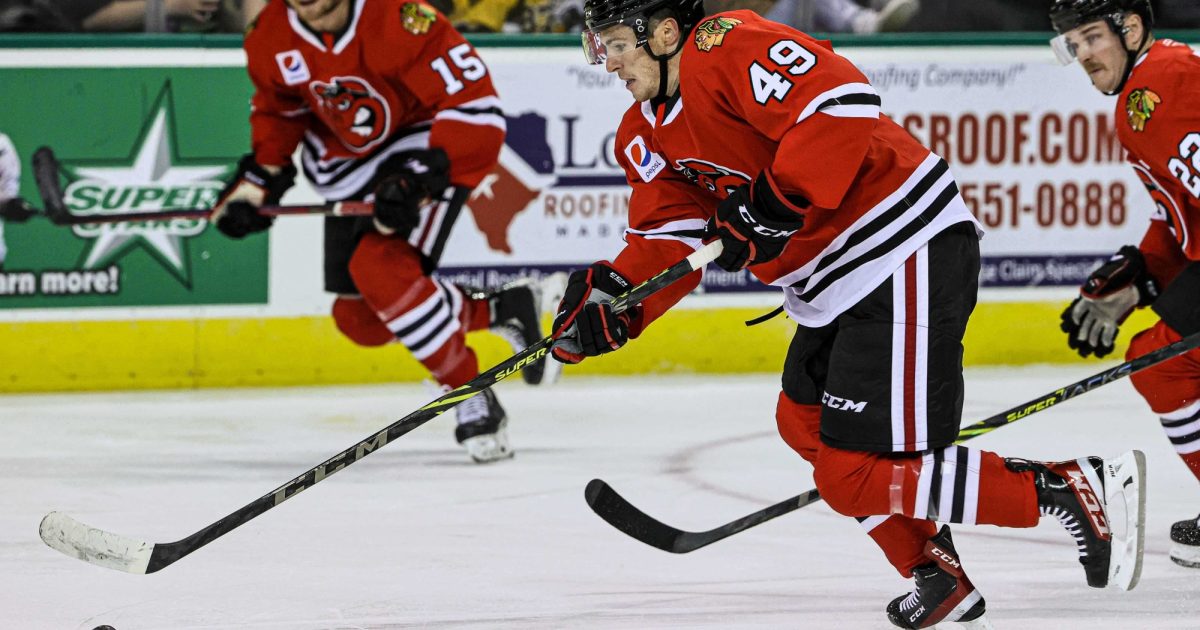 The Rockford IceHogs (5-5-0-1) shared the weekend with the Texas Stars (6-5-2-1) after a back-and-forth win at Cedar Park, Texas on Sunday night. IceHogs forward David Gust and Luke Philip marked three-pointer nights to repel the Stars and secure the 5-4 win.

To Riley Damiani 03:00 counted out for Texas in the closing stages and the game tied 4-4, Philp sent a backhand shot past the Texas goalie at 16:18 Matthew Murray to score the game-winning goal with the IceHogs’ second man advantage in the stanza. Mike Hartman set Philp’s seventh marker of the season when he feathered a pass to the winger in the slot, where he punched an outstretched Murray for the game winner.

In his fifth multipoint game of the season and his third multi-goal contest, Gust scored Rockford’s first two goals of the night when he sent a wrist shot over Murray’s back shoulder just 1:19 of the first frame and later a shot from the rebound fended off an attempt by Philp at 8:37 to take a 2-1 lead. Gust’s gates were jammed Tanner Keroh is first of two goals that night for the Stars.

3-2 down midway through the second period, Rockford up front Bobby Lynch scored his first goal of the season at 1:30 p.m. after a pass from Gust to equalize in front of the defender isaac phillips Tally helped the IceHogs retake the lead with a one-timer blaster at 19:22.

The stars didn’t let up on IceHog’s Netminder Jason Stauber in his first game since injury against the Belleville Senators on October 29. Kero scored two goals at 4:49 in the introductory period to level the game at 1-1, and leveled the score at 2-2 in the first minute of the second stanza. Forward Riley Tufte gave the Stars their first lead of the night at 1:56 of the middle frame.

Both goalkeepers were challenged with an offensive attack on Sunday night. Texas beat Rockford 46-38, but Stauber won with 42 saves while Murray made 33 saves overall.

Tune in LIVE on the IceHogs Broadcast Network presented by BMO
Watch and listen to every game this season on the IceHogs Broadcast Network presented by BMO! Listen and watch LIVE from your favorite device, at home or on the go on IceHogs.com and the IceHogs app AHLTV and selected games 23.3 Circle TV! Fans can also tune in to all of the Mid-West Family’s local stations, including 104.9 The X, B103, 95.3 The Bull and Rockford Greatest Hits 100.5 and on Rock River Current, Stateline’s premier source for local events, news and culture.