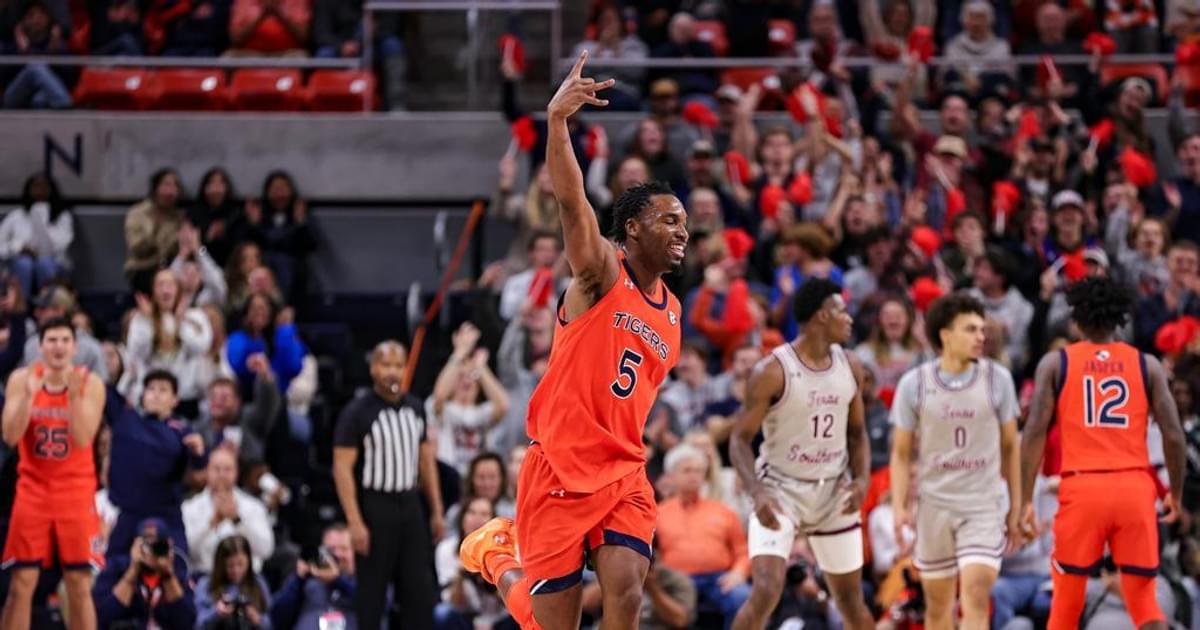 AUBURN — Auburn was a real second-half team early in the 2022-2023 season, and the same was true tonight when the Tigers overcame another stagnant first half to beat Texas Southern 72-56. Auburn beat the Tigers of Texas Southern 43-29 in the second half after leading by just two points at the break.

“Usually in the past, like last year, the second half was a struggle for us. I think we were a lot better,” said junior forward Chris Moore. “The older guys in the team came out on top and just played harder than other teams in the second half.”

Auburn’s offensive problems in the first half were compounded by the physical play of Texas Southern defenders, who killed several of Auburn’s possessions before they could start.

The Tigers of the SEC had 11 turnovers in the first 20 minutes while shooting 35.5% from the floor.

“These were older, well-trained players. They stripped us and tore us up. We weren’t strong with the ball,” said Auburn head coach Bruce Pearl. “We didn’t play very well. We did a much better job in the second half.”

“We didn’t have Johni (Broome). He hurt his knee in the Winthrop game,” Pearl said. “He hasn’t been able to train. I think he’ll be fine for Cancun.”

Without Broome, Auburn used Dylan Cardwell and Babatunde Akingbola as primary centers while mixing in rotations from Jaylin Williams and others. The Tigers struggled without the Morehead State transfer.

Texas Southern had 16 second-chance points and 14 offensive rebounds, beating Auburn in both categories and keeping her in the game for the first 35 minutes. But Auburn’s halftime changes proved too much for Texas Southern all along the stretch.

A trio of double-digit scorers, KD Johnson, Chris Moore and Jaylin Williams combined for 44 of Auburn’s points in the win.

Johnson’s 16 led the team, and his stepback three followed by an alley-oop to Allen Flanigan broke the game up in the second half. Johnson was also a near-perfect 6-of-7 from the line, and the team was 75% off the free-throw line overall.

“Chris Moore played really well,” said Pearl. “He’s a team favorite, a fan favorite because he’s a great kid, he works so hard and he’s waited so selflessly for his turn. It’s nice to see him play with confidence.”

Moore’s 11 second-half points led the team, and he didn’t miss a shot during the second period. Overall, the Tigers controlled the second half and have now won 42 straight games at home without conference.

“We did what we had to do in this four-game homestand,” Pearl said. “I think we’ve gotten better. I think we’ve learned and we’ll continue from here.”

The Tigers will put that to the test when they travel to Cancun and face Bradley on November 22 before facing either Liberty or Northwestern the next day.

Do not miss! Subscribe to our newsletter and receive our top stories every weekday morning.