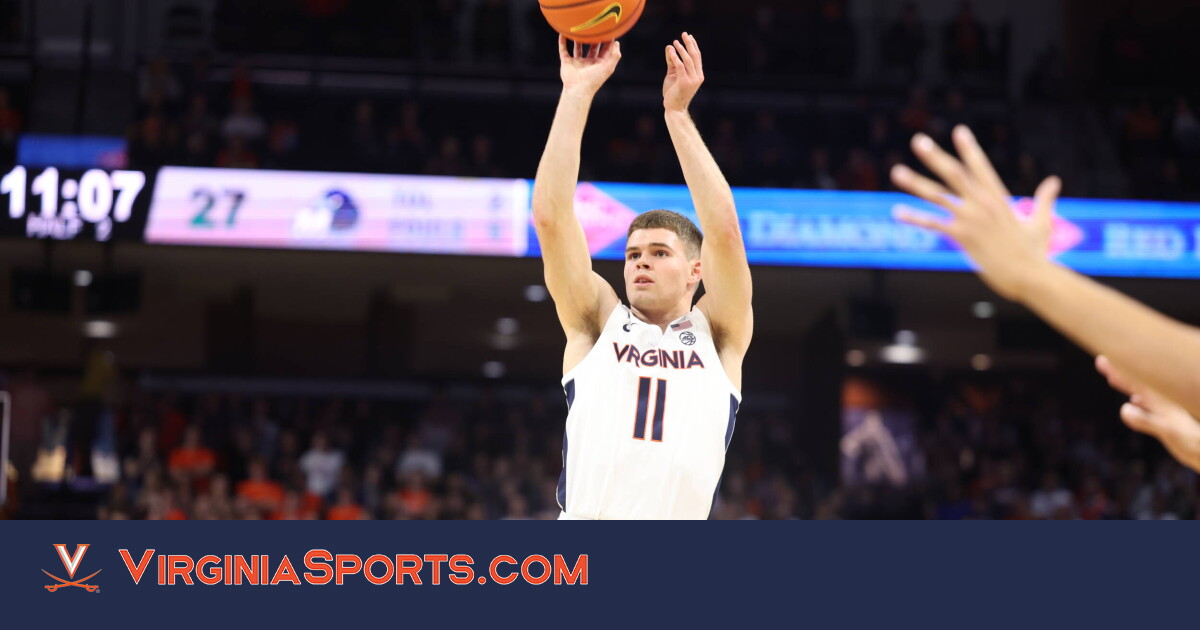 Charlottesville — The Virginia Cavaliers tallyed more than nine 3-pointers in just one game last season: a loss to NC State in which they hit 10 Treys. For the season, only the ACC team scored fewer 3-pointers than UVA, who finished in 12th placeth in the league in 3-point field goal percentage (32.3).

It’s still early in the new season, but the Wahoos no longer look like a team that can’t shoot straight.

No. 18 Virginia sank 11 treys in his season-opening win over North Carolina Central at John Paul Jones Arena Monday night. Back in the JPJ four nights later, the Hoos batted off 13 long-range shots in an 89-42 loss to Monmouth.

“Does that guarantee you’ll be popping shots and shooting? [high] percentage [every game]?” Virginia head coach Tony Bennett said after his team’s second straight 9 p.m. Game. “No, but it opens up the ground and the threat is there…so that part was good.”

McKneely and Vander Plas, a grad from Ohio, are new to the program and each had established themselves as strong 3-pointers before arriving in Charlottesville. The returning Cavaliers have improved their shooting accuracy, particularly Franklin, who struggled for much of the 3-point range last season before catching fire in the National Invitation Tournament.

Against Monmouth (0-2), the 6-foot-4 McKneely led Virginia with four 3-pointers, and Franklin, Clark and Vander Plas added two each. The 6-foot-8 Vander Plas has bolstered UVA’s offense in other ways as well. Twice in the first half, he drove down the right baseline and then passed McKneely for 3 points from the left corner.

“He has very good vision,” said Bennett, who played with Vander Plas’ father in Green Bay. “He just sees things and boy does that make the game easier for other boys. He creates.”

McKneely, who hails from the small town of Poca, W. Virginia, looked wary in his UVA debut. He played almost 23 minutes against NCCU but only made 1 of 4 shots.

“I thought he played a little more comfortably today than he did in the last game,” said Bennett on Friday night. “The competition was a little different, but you never know what you’re going to get. And he did that in Italy too.”

The Hoos traveled to Europe in August and played four games in Italy. At various times during the tour, each of UVA’s four newcomers stood out, but fans are likely to only see two of those players in action this season. Bennett said Friday night that 6-foot-10 forward Isaac Traudt and 6-foot-5 swingman Leon Bond III are expected to wear the redshirt.

“It’s always up to the players,” Bennett said.

Bond made his decision ahead of the season opener. Traudt hooked up with Bennett after not playing North Carolina Central.

“He just said, ‘I think I can really go to work and develop my body,'” Bennett told reporters Friday night.

“Things can always change,” Bennett said, “but these guys have a bright future and you just have to look at the guys who wear redshirts in our program and you can feel pretty good about it.”

Other players who have taken this path during Bennett’s 14 seasons at UVA include De’Andre Hunter, Jay Huff, Devon Hall, Jack Salt, Kadin Shedrick and Francisco Caffaro.

Traudt, who is from Nebraska, is one of the most talented 3-pointers on the team, “and he’s shown good stuff,” Bennett said, “but like all these young guys, they have some areas to grow in and I think they just feel that way, that’s the best. So this will be good.”

The Isaacs are close friends and discussed Traudt’s options this week.

“I think he didn’t know at first if that’s what he wanted,” McKneely said, “but I think he sat down with his family and thought about it and went for a redshirt, and I think it’s a good decision for him.” him. It’s a good time for him to get better and work and he will still push us in training. He played really well in training but I think this red shirt is good for him. He’ll have four years left after that and he’ll be scary good, especially after he gets his redshirt year. I have great faith in him and can’t wait to match up with him next year but he will keep working. He will be fine.”