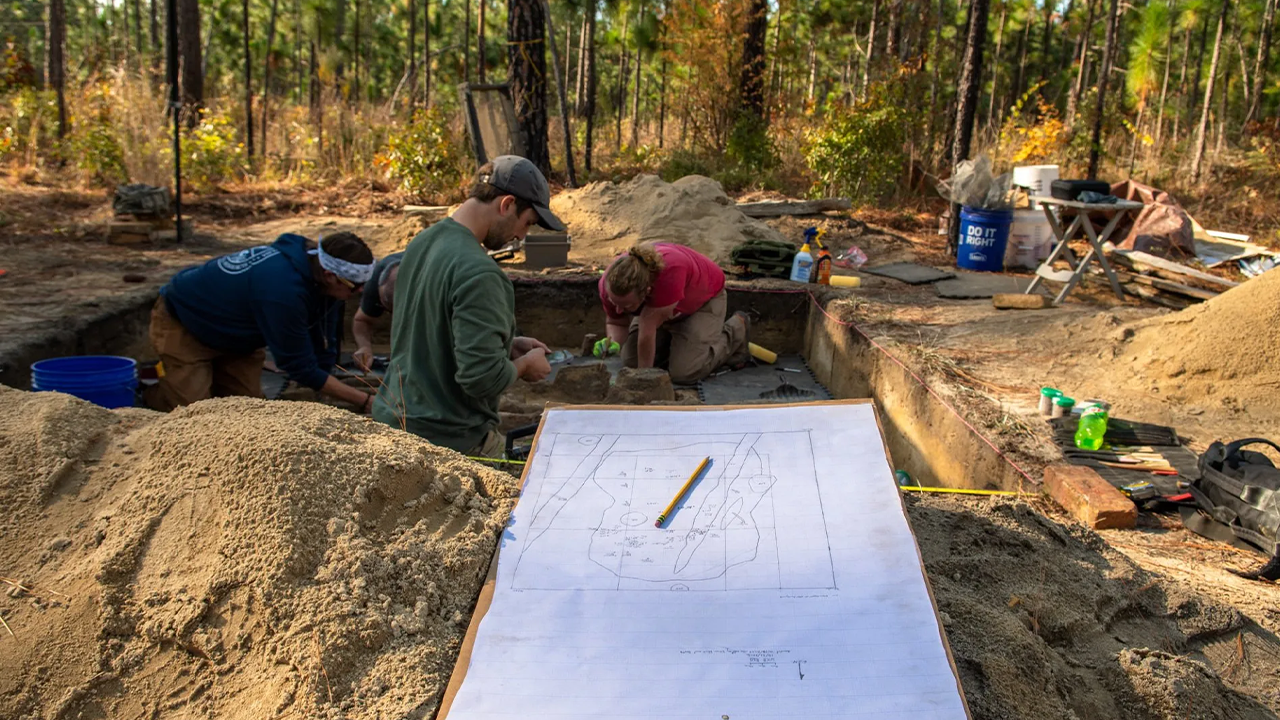 Researchers announced Friday that some of America’s first veterans have been found after archaeologists unearthed the skeletal remains and accompanying artifacts of 14 Revolutionary War soldiers.

The South Carolina Battleground Preservation Trust announced the excavation and discovery of the remains of 14 soldiers killed in the gruesome Battle of Camden on August 16, 1780.

“These young men have proven their loyalty in an intense fight for freedom. They truly are America’s First Veterans,” said Doug Bostick, CEO of the South Carolina Battleground Preservation Trust. “We have a responsibility to honor their sacrifice by ensuring their remains are protected forever and their stories of courage are shared.”

Wreaths Across America Honor Fallen Military Soldiers During Holiday Season: “Deep Appreciation To Those Who Serve”

An archaeologist holds a French musket flint found at one of the continental burials.
(Sarah Nell Blackwell)

According to the Trust, the remains, some less than 15cm below the surface at seven different sites on the battlefield, were located during the site survey, carefully excavated and removed over an eight-week period beginning in September.

“This discovery is of particular importance to the history of our state and nation,” said Dr. Steven D. Smith, research professor at the South Carolina Institute of Archeology and Anthropology and principal investigator on the project. “This is a rare opportunity to study and analyze a large sample of Revolutionary War soldiers to obtain information about their health and diet, age and gender, and to compare the forensic data with the historical record.”

Archaeologists clean continental tombs at the site of the Battle of Camden.
(Sarah Nell Blackwell)

The team’s preliminary field investigations show that 12 of the bodies are Patriot Continental soldiers from Maryland or Delaware, one is likely a North Carolina Loyalist, and one served with the British 71st Regiment of Foot, Fraser’s Highlanders.

SCIAA archaeologist James Legg has been researching the Camden battlefield for more than 40 years and leads the field team on site.

“People visit battlefields like Camden, Cowpens and Kings Mountain every day and often don’t think about walking in unmarked cemeteries,” Legg said. “The dead are still there.”

The Richland County Coroner’s Office assisted with the final steps of removing and transporting the remains to offices in Columbia, South Carolina.

In the months that follow, the coroner will gather information about the war veterans.

“Over the next five months, we will gather information to uncover details such as age, race and possibly the region of their birth, and to further tell the personal stories of these soldiers.” Bill Stevens, assistant coroner and director of anthropology for the Richland County Coroner’s Office.

Scene of the Battle of Camden today.
(Sarah Nell Blackwell)

British forces under Lt. Gen. Charles and Lord Cornwallis routed US forces led by Maj. Gen. Horatio Gates outside of Camden, South Carolina, strengthening British hold in the Carolinas after the capture of Charleston.

Sarah Rumpf is a digital production assistant at Fox News. You can reach her on Twitter at @rumpfsarahc