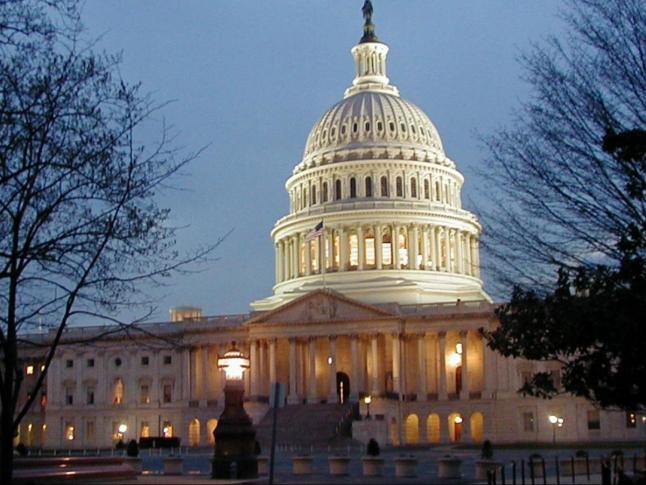 WASHINGTON – Here’s a look at how North Carolina congressmen voted this past week.

In addition to roll-call votes, the Senate also passed the following measures by oral vote this week: the Performance Enhancement Reform Act (HR 2617) to change the description of how performance targets are met; and the PROTECT Our Children Act (p. 4834) to reauthorize the National Internet Crimes Against Children Task Force Program.

voices of the house

HORSE ABUSE: The House of Representatives passed the Prevent All Soring Tactics Act Act (HR 5441), enacted by Rep. Steve Cohen, D-Tenn. was sponsored to have the Department of Agriculture examine horses in various public institutions for cases of sores, which involves putting various restrictions on a horse’s legs to give the horse a higher gait. Cohen said, “The plague has been devastating the Tennessee Walking Horse and related breeds for more than six decades. I’m proud to lead the fight to end them.” One opponent, Rep. Scott DesJarlais, R-Tenn., said the Wounds Act would “impose an unreasonable ban on equipment that interferes with the conducting of horse shows and events impossible. Horse experts themselves have said that these bans are not based on scientific evidence.” The vote on November 14 was 304 yes to 111 no.

CASES OF SEXUAL HARASSMENT IN THE WORKPLACE: The House of Representatives passed the Speak Out Act (p. 4524), sponsored by Sen. Kirsten E. Gillibrand, DN.Y., to amend non-disclosure and non-disparagement clauses in employment contracts relating to sexual harassment or sexual harassment related unenforceable cases of personal injury. A supporter, Rep. Jerrold Nadler, DN.Y., said: “These confidentiality clauses have contributed to the culture of silence in cases of sexual misconduct. As such, they have routinely allowed sex offenders to evade accountability.” One opponent, Rep. Jim Jordan, R-Ohio, said the bill is “overly broad and will address contractual matters unrelated to sexual misconduct “. The vote on November 16 was 315 yes to 109 no.

PASSING THE LEGISLATION: The House of Representatives approved a motion sponsored by Rep. Troy A. Carter, D-La., to pass 7 bills en bloc without a separate vote on each bill. Topics covered by the bills included research by Veterans Health Administration employees, cybersecurity at the VA, the establishment of the DisasterAssistance.gov website, and the establishment of record-keeping requirements for Amazon and other third-party online hosts. Carter said the DisasterAssistance.gov bill “is designed to put survivors first and get them back on their feet faster after disasters.” The vote on November 17 was 381 yes to 39 no.

VA MEDICAL CENTER DESIGNATION: The House of Representatives passed the Max Cleland VA Medical Center Act (S. 3369), sponsored by Sen. Raphael G. Warnock, D-Ga., to designate the Veterans Affairs Department’s medical center in Atlanta to name Joseph Maxwell Cleland. Cleland, who died in 2021, was a senator, VA administrator, and Vietnam War veteran. A supporter, Rep. Jake Ellzey, R-Texas, said of Cleland, “His spirit served as an inspiration, and that same spirit will continue to inspire excellence at the Atlanta VA Medical Center, which should proudly bear his name.” The Nov. 17 vote was 359 yes to 62 no.

LYMPHEDEMA AND MEDICINE: The House passed the Lymphedema Treatment Act (HR 3630), sponsored by Rep. Janice D. Schakowsky, D-Ill., to increase Medicare coverage for expenses related to the use of gradient compression garments and other treatments for lymphedema Swelling in body tissues caused by accumulation of lymphatic fluid. Schakowsky said that Medicare coverage “will absolutely help the 3 million Americans with lymphedema get some of the relief they need, at a price they can afford.” The Nov. 17 vote was 402 yes to 13 no.

PUERTO RICO JUDGE: The Senate has confirmed the appointment of Maria del R. Antongiorgi-Jordan as Judge of the United States District Court for Puerto Rico. Antongiorgi-Jordan, chief clerk of the district court since 2019, was an attorney at the McConnell Valde law firm in San Juan from 1995 to 2018, specializing in labor matters. One supporter, Sen. Dick Durbin, D-Ill., called her “a dedicated officer and accomplished litigator who will be a tremendous asset in court.” The vote on November 15 was 55 yes to 43 no.

COVID EMERGENCY: The Senate passed a resolution (SJ Res. 63) sponsored by Sen. Roger Marshall, R-Kan., to declare the end of the national Covid-related emergency that President Trump began in March 2020. Marshall said the resolution was necessary because “this White House is more than willing and able to use this emergency declaration to promote as many of their inflationary freebies as possible.” An opponent, Sen. Ron Wyden, D-Ore., said that by repealing various health measures passed as part of the declared emergency, the resolution would be “a recipe for chaos in American healthcare and a serious headache for millions of patients who have theirs would turn cover and its maintenance on its head.” The November 15 vote was 61 yes to 37 no.