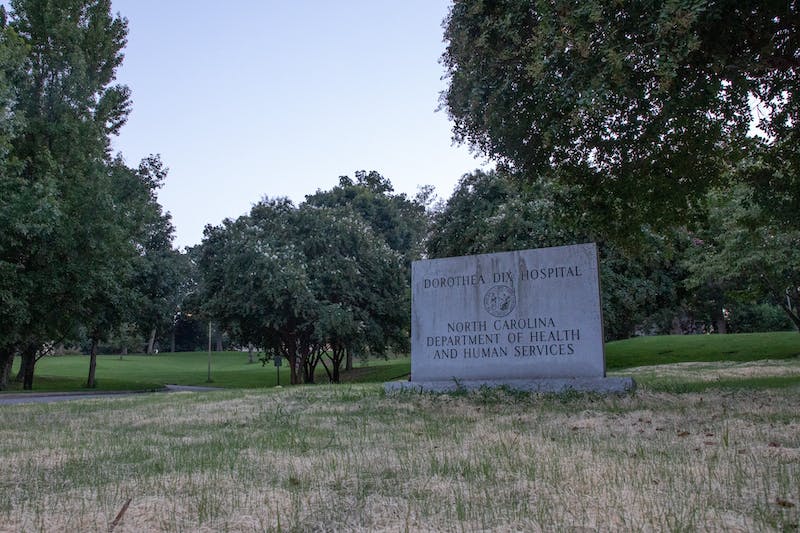 November is Alzheimer’s Awareness Month. Local organizations honor lost loved ones, hold events for carers and educate the public to reduce the stigma surrounding the disease.

Alzheimer’s disease is the most common type of dementia – 180,000 people aged 65 and older are living with Alzheimer’s in North Carolina.

“It’s something that’s going to touch all of us in some way,” said Kendall Kopchick, an Orange County elderly social worker.

According to the North Carolina Department of Health, North Carolina’s population of people over the age of 65 is projected to increase by 52% by 2040.

Lisa Roberts, executive director of the Eastern North Carolina chapter of the Alzheimer’s Association, said the organization’s focus this month is on caregivers.

“They have such a difficult task caring for loved ones who are affected by Alzheimer’s or any other type of dementia,” Roberts said.

Alzheimer’s is a progressive disease and requires a high level of care in the middle and late stages, according to the organization.

Georgia Johnson, a former freelance caregiver for people with Alzheimer’s, said the toll the disease is taking on families is also difficult to cope with.

“When that drop comes, it’s going to be very fast,” Johnson said. “And it’s sad because you see, whether it’s your parents or a friend or another family member, you don’t remember who you are.”

The Eastern North Carolina chapter of the Alzheimer’s Association is offering free educational classes and support groups this month to help families and caregivers of people with dementia.

Over 350,000 caregivers are affected by the disease in North Carolina, which equates to 514 million hours of unpaid care provided by Alzheimer’s caregivers in 2021, according to the Alzheimer’s Association.

Medicare does not cover home care for people with Alzheimer’s disease, so most costs are borne by the individual or their family.

“It’s going to be a really expensive disease because the more challenges someone faces and the more someone progresses, the more monitoring and support they need,” Kopchick said.

Aside from the financial costs associated with Alzheimer’s, Kopchick says families also experience an ambiguous sense of loss.

As a person with Alzheimer’s progresses through the stages of the disease, they slowly lose memory and social functionality, according to the Alzheimer’s Association.

“You’re losing a big part of that person, and that’s really hard for families to deal with,” Kopchick said.

Alzheimer’s currently has no cure, but researchers are working to find one.

“Research is the key. Research is our way out — research, new treatments, finding a cure — so we can truly live in this world without Alzheimer’s,” Roberts said. “We obviously can’t do this without the support of the community, so raising awareness is important.”

She added that the disease carries a lot of stigma and that it can be mitigated through education.

Alzheimer’s can be extremely isolating for those living with the disease. Roberts said the Alzheimer’s Association has a 24-hour helpline staffed by licensed clinical counselors to help those who may be struggling.

“Alzheimer’s doesn’t stop,” she said. “And neither do we.”

Sign up for our email newsletters to receive the day’s news and headlines in your inbox each morning.