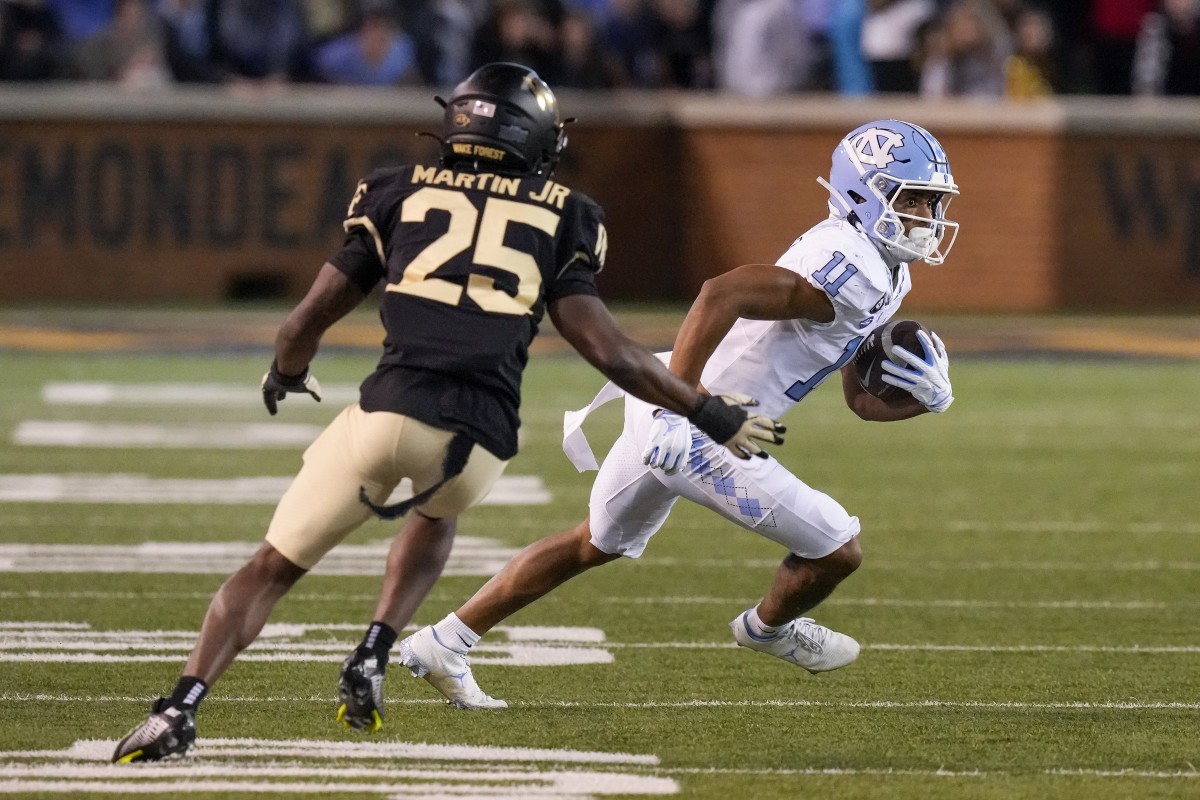 There’s been a lot of talk about Drake Maye for Heisman, but junior receiver Josh Downs is another award-worthy player on UNC’s list.

Downs made the Biletnikoff Prize watchlist in July and has done little since to prove why.

The semi-finalists of the award will be announced on Monday November 21st. Despite missing two early games in the season, Downs has put himself in position to make the cut, shoot to the top of the stats lists and help his quarterback build his own case for national honors.

Compared to the nation’s other top receivers, Downs has strong reasons to be a semifinalist.

For starters, he has the numbers.

Those stats are impressive considering he’s done so in eight games, with all players before him having played at least one more time in each category.

Downs isn’t far from leading those categories either, and is an explosive play away from climbing the lists. In fact, he’s on his toes with ridiculous stat lines, recording 10 or more receptions and over 150 reception yards in the last two games.

Against one of the worst defenses in the ACC at Georgia Tech, Downs has a great opportunity to improve his resume.

Another thing that bolsters his case as a semi-finalist is the talent around him.

UNC has the third-best offense in the FBS and an elite receiving corps of Antoine Green and tight ends Kamari Morales, Bryson Nesbit and John Copenhaver.

The three tight ends have rallied 806 yards and seven touchdowns, with Morales leading the program in receiving touchdowns through his position. Green has only played seven games but has rushed for 100 yards three times, including 180 against Pitt, which is the highest single-game total in the ACC this season.

Despite the successes of his teammates, Downs is still a national leader in receiver production, a testament to its consistency and reliability. Maye has many opportunities to throw the ball, but the eleven have proven time and time again to be open and ready to make a play.

In games like the one against Wake Forest, when Downs had 11 receptions, 154 yards and three touchdowns, it’s easy to wonder what this team would be like without him. He did everything he could to keep the Tar Heels in the winning column and he deserves to be rewarded for it.