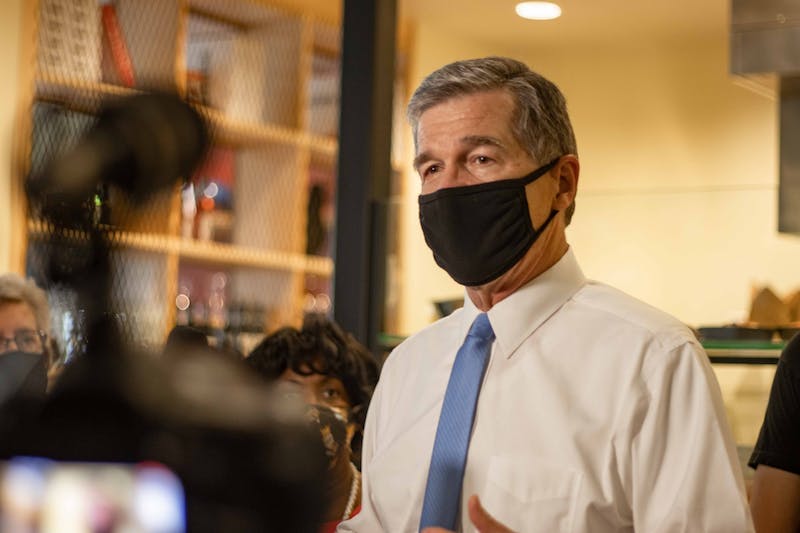 Gov. Roy Cooper announced the appointment of several members to the Andrea Harris Equity Task Force, according to an Oct. 28 press release.

The task force was reestablished in August by Executive Order No. 268 with a mandate to advise state government agencies on promoting economic development, equitable practices, health and well-being in disadvantaged communities affected by COVID-19.

As of July 1, North Carolina has received over $110 billion from the federal government for COVID-19 relief funding, according to the NC Pandemic Recovery Office.

Stephanie McGarrah, director of the NC Pandemic Recovery Office and a member of the task force, said the office was created to address issues people are experiencing as a result of the pandemic.

“In general, the impact of the pandemic has been very uneven across the state and has highlighted some disparities across North Carolina,” McGarrah said.

One of the goals of the new task force is to build on the recommendations of the original task force, as mandated. The executive order also said the task force should “incorporate the lived experience of all North Carolinians.”

According to the North Carolina Department of Health and Human Services’ 2018 Health Equity Report, those living in low-income communities have greater difficulty accessing health care because they have less access to providers.

Annette Taylor, director of the North Carolina Department of Information Technology’s Office of Digital Justice and Literacy and recently appointed to the task force, said COVID-19 has highlighted the need for access to health care. She added that internet access is important for people who need to use telemedicine.

The Office of Digital Equity and Literacy is seeking partnerships across the country to create digital equity solutions. According to the bureau’s website, the organization focuses on low-income demographics, elderly citizens, ex-prisoners and people of color.

These partnerships are part of a $10 million investment in support of government agencies.

According to Taylor, programs like the Task Force are important because they are able to bring in experts in their fields to reach out to historically disadvantaged communities.

“I think a task force creates a dedicated group of people that will drive these recommendations forward,” Taylor said.

The study found that the lack of Internet access disproportionately affected students of color.

Taylor said that as a result of the task force’s recommendations, a digital literacy curriculum was created that families can access through the NC Department of Public Instruction.

Shun Robertson, another task force member and vice president for access and success strategy for the UNC system, said part of her position is to create initiatives to get more North Carolina students into and through North Carolina public universities bring.

She said she focuses on adult college students, military learners, and students from underserved and rural communities.

Robertson said a student’s success in higher education can depend on what happens outside of the classroom, stressing the importance of transportation, housing and other community resources.

Creating conversations between people from different industries allows the task force to align its goals and messages, she said.

“It’s a great opportunity for people working on this topic from different fields to come together and have this conversation,” said Robertson.

Sign up for our email newsletters to receive the day’s news and headlines in your inbox each morning.