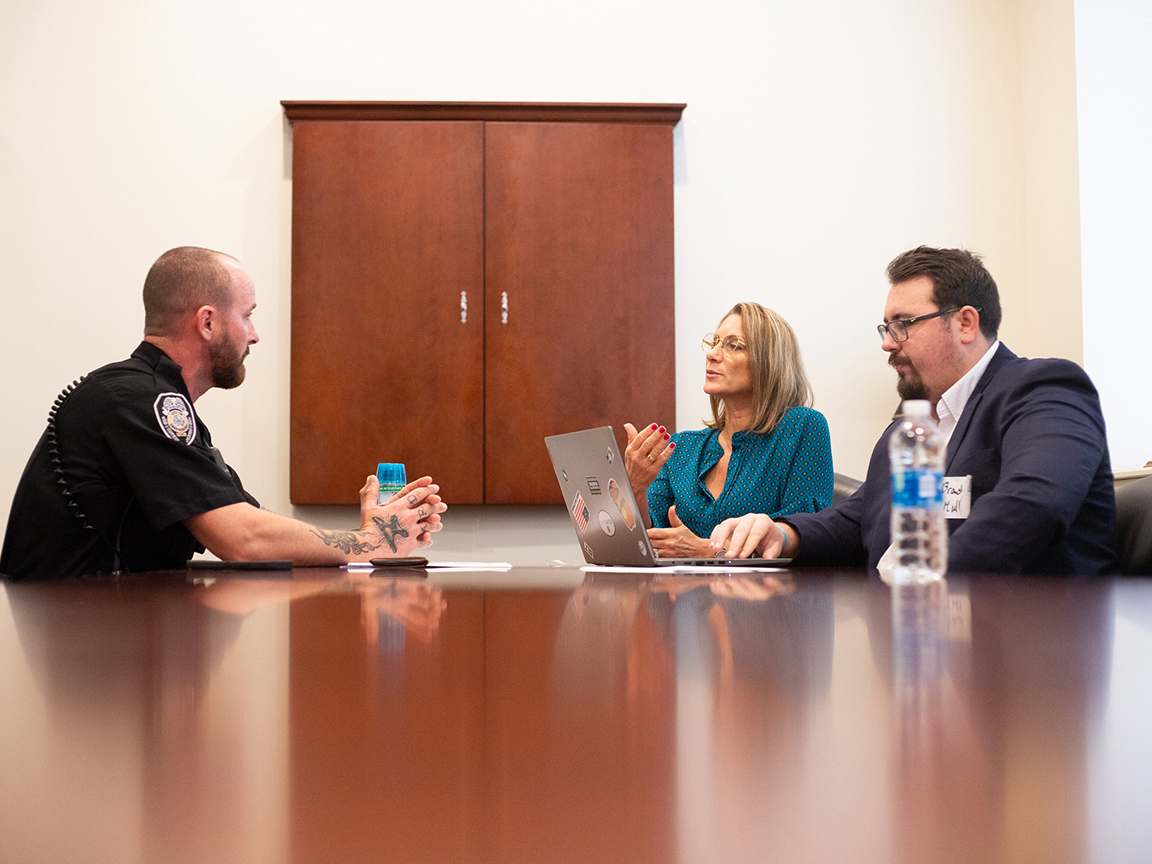 Dozens of Elon law students, along with practicing attorneys, have volunteered to help veterans and current first responders create or update estate plans through an annual program offered by the North Carolina Bar Foundation.

As any lawyer will tell you, in your last few days it’s easier to rest when you know your loved ones understand how your wealth is distributed. You also don’t want family arguments about your health care and financial decisions at the end of your life.

It’s even worse when tragedy strikes suddenly and there has never been a last wish conversation with the family.

With that in mind, dozens of Elon Law students have volunteered for a North Carolina Bar Foundation program organized locally by the law school’s Military Law Society with support from the Pro Bono Board to create simple wills and other probate plans or update for military veterans and first responders in the Greensboro community.

The Wills for Heroes program on November 12, 2022 was free or paid for veterans and their families. It was the first time since the pandemic began that Elon Law had hosted the program, which came a day after Veterans Day.

Clients met with students taking notes and updating documents under the supervision of licensed attorneys who spent the morning at Elon Law in downtown Greensboro.

For some clients who brought their existing wills to Elon Law, the students worked to update beneficiaries, name changes, or a relationship status — details that are often overlooked, especially when military members move between duty stations.

“We do this to refine and sometimes fix veterans’ wills after they are discharged,” said Liz Kwon L’23, the outgoing president of the Military Law Society and recently elected president of Elon Law’s Student Bar Association. “When veterans leave the service, there is often a generic template used for the draft will that doesn’t have a lot of detail.

“This event refined some of those details to ensure veterans and first responders have wills that are accurate and current.”

Eric Belcher served in the US Army for six years and was among those who visited the clinic for advice on his estate plans. “I’ve never had anything like this before. It helps me not having to worry about things,” Belcher said. “I’ve seen my dad go through it with my grandparents, so that’s my consolation. It’s important to secure my children’s future.”

Arrey Faucette and his wife Lilian also visited the clinic for help preparing probate documents. Faucette served in the US Army during the Vietnam War from 1968 to 1971. “We procrastinated on this for a long time and decided to do it because it was volunteer,” Faucette said. “It’s a great program.”

Kwon, whose husband is a US Army officer, said she hopes the Saturday program will provide a foundation for future growth to serve an even greater number of veterans and first responders in the Greensboro community.

“I am honored,” she said, “to be part of an organization that empowers me to serve those who served us first.”