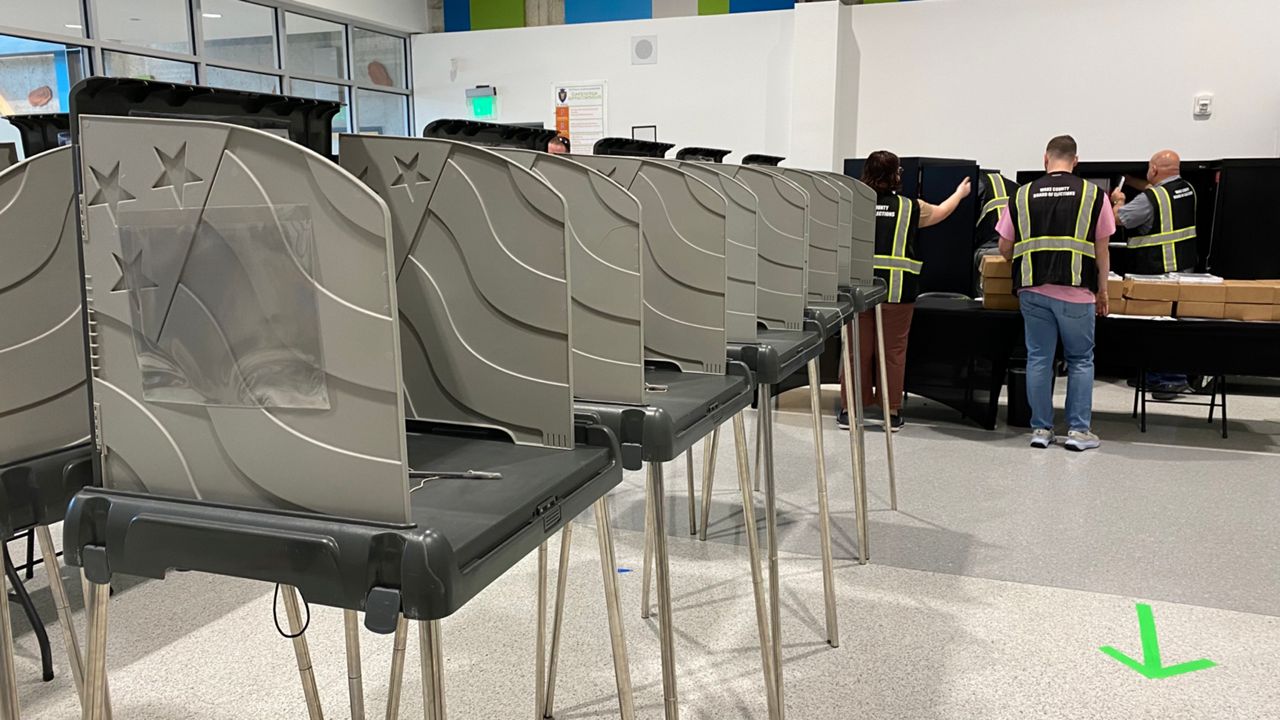 Election officials reported five incidents of potential intimidation or interference on Election Day in North Carolina and another 16 during the state’s early election period.

After the 2020 election, county and state election officials were concerned about what might happen in the election. Conspiracy theories and false allegations of voter fraud have been circulating across the country and in North Carolina and have caused concern among frontline poll workers.

“One incident of voter or poll official intimidation is too many, and we will continue to do what we can to protect voters and poll officials,” said Patrick Gannon, spokesman for the North Carolina State Board of Elections.

“We take these allegations very seriously. Substantiated incidents are investigated and referred to the prosecutor’s office when justified by evidence. In some cases, law enforcement is involved,” he said in an email.

Of the five incidents reported on Election Day, the state said two were “potential intimidation of poll workers” in Wake and Rowan counties. The board reported “potential voter intimidation” in Rutherford, Granville and Halifax counties.

These include a poll worker being chased by a car in Wake County, a voter being told by a Rutherford County activist that he cannot go to the polling station without ID, and a poll observer photographing voters at the side of the road.

During the early voting, which took place Oct. 20 through Nov. 5, state officials reported 16 incidents in 10 counties across the state. Many of the potential incidents of intimidation involved election observers or those campaigning for candidates, photographing voters or poll workers.

“We have to keep an eye on these numbers. More than 3.75 million voters cast their ballots in the general election at more than 2,650 polling stations and 359 early voting sites,” Gannon said.

“Most voters successfully cast their ballots at a proper polling station with no problems. We thank election officials, poll workers and voters for participating in a successful election that was largely free of major issues,” he said.

Here are the incidents reported by the State Board of Elections:

Possible intimidation of poll workers: “The candidate refused to keep a reasonable distance from roadside voters, called the chief justice a derogatory term, and snapped and threw her cellphone. The same person then approached and took pictures of another election official’s car, then taunted and threatened them.”

Possible intimidation of voters: “The voter was instructed by the activist not to enter the polling station without ID and that law enforcement arrested people at the scene who had active warrants.”

Potential voter intimidation: “Campaigns aggressively herd candidates to the curb, lean in their cars, and ignore voters’ pleas to be left alone.”

Possible intimidation of voters: “Observer photographs voters at the roadside.”

Possible intimidation of voters: “Observer photographs voters at the roadside.”

Possible intimidation of voters: “The voter was photographed by a poll worker as he approached the voting site.”

Potential intimidation of poll workers: “An individual at an early voting location (unrelated to voting) harassed a poll worker who was claiming that it was illegal to conduct early voting.”

Potential voter intimidation: “Observers get too close to voters at the polling station, making voters on the side of the road feel intimidated.”

Potential voter intimidation: “Campaigns video voters coming and going and informing voters that they were recorded.”

Possible intimidation of a poll worker: “The observer refused the poll official’s instruction to move outside the buffer zone while he was on the phone and briefly grabbed her arm.”

Possible intimidation of voters: “Monitor the photographing of voters on the side of the road.”