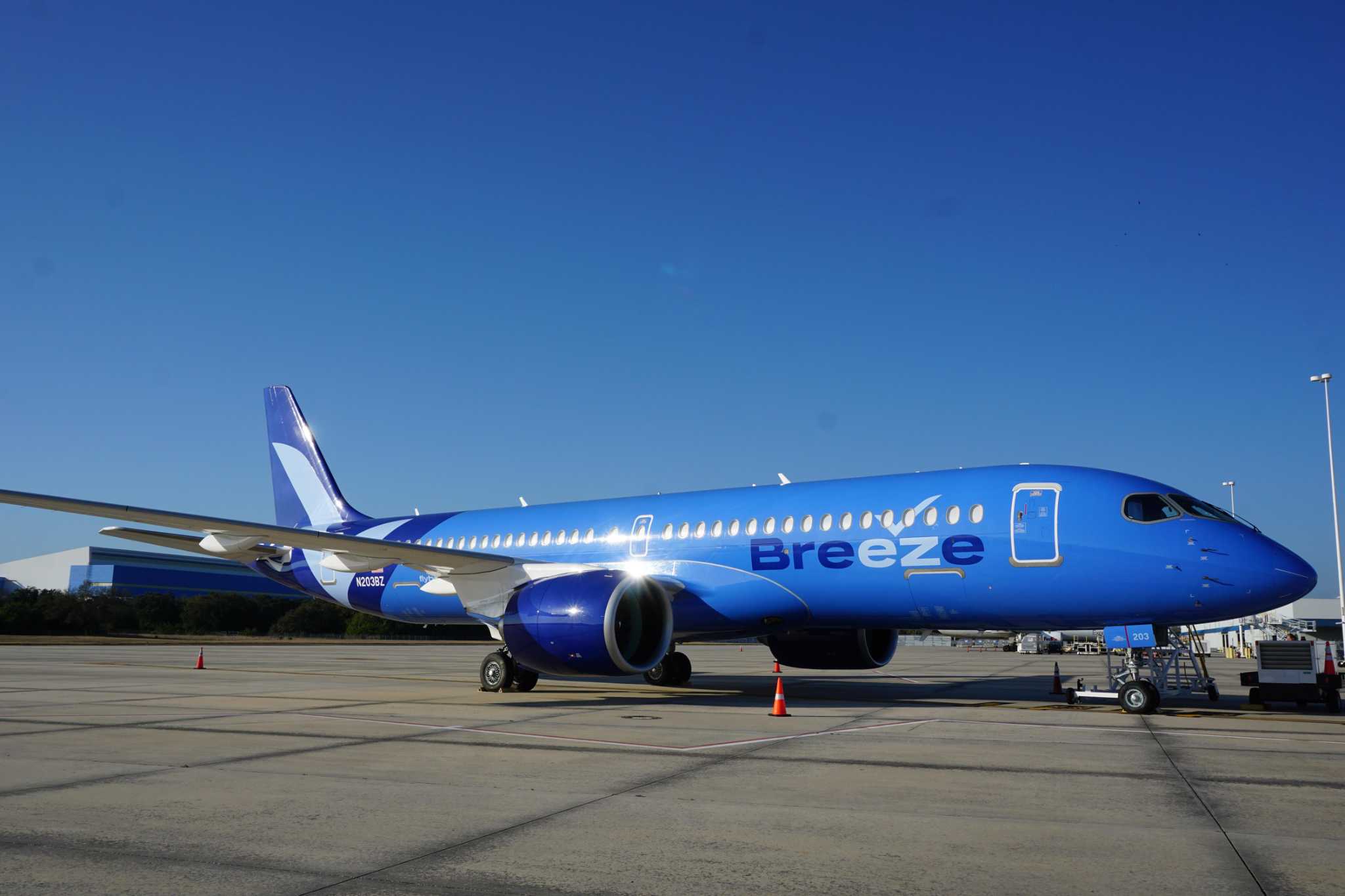 One-way fares for flights from Windsor Locks-based Bradley to Raleigh-Durham start at $49, with the route scheduled to operate on Thursdays and Sundays. Breeze’s flights complement existing flights between Bradley and Raleigh-Durham operated by Delta Air Lines and Frontier Airlines.

Breeze also announced two other changes Tuesday for passengers departing from Bradley: the return of non-stop service to Pittsburgh on February 3 and the introduction of one-stop, same-day “BreezeThru” service to New Orleans .

“Breeze is always looking for underserved routes where we can add non-stop flights, low fares and our Seriously Nice service,” Breeze president Tom Doxey said in a statement. “We’re excited to add more destinations from Hartford.”

Breeze’s Bradley expansion will also include the launch of non-stop flights to Phoenix and Vero Beach, Fla. in February, as well as one-stop flights on the same aircraft to Provo, Utah and San Bernardino, California.

“We welcome the new Breeze to Raleigh-Durham non-stop service,” Kevin Dillon, executive director of the Connecticut Airport Authority, which owns and operates Bradley, said in a statement. “The new route, along with the return of Pittsburgh service and BreezeThru service to New Orleans, complements the airline’s growing offering of destinations at Bradley International Airport. We appreciate Breeze’s continued partnership in providing our passengers with affordable fares and so many convenient travel options.”

Headquartered in Salt Lake City, Utah, Breeze was founded by aerospace entrepreneur David Neeleman, whose previous ventures include JetBlue. The airline launched from Bradley in May 2021 and announced last February that Bradley would become one of its hubs. It plans to create more than 200 jobs in the state and could receive a state grant of up to $1.26 million if it meets its hiring goals.