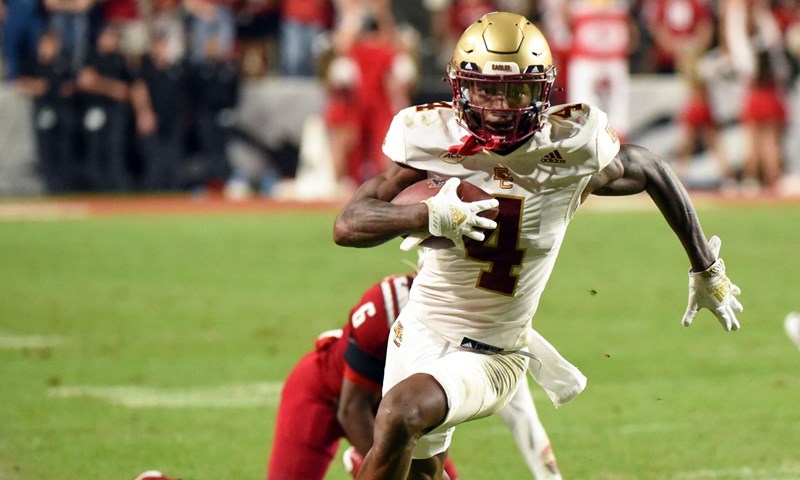 The Eagles (3-7, 2-5 Atlantic Coast Conference) won with a 12-game drive and 69 yards. A pass interference penalty on the fourth down with 18 seconds left gave Boston College another chance.

Morehead, making his second career start, was 29 of 48 for 330 yards with three touchdowns and two interceptions. He threw two TD punches to Zay Flowers, who caught seven passes for 130 yards as the Eagles broke a four-game losing streak.

MJ Morris threw and ran for early touchdowns for the Wolfpack (7-3, 3-3), who committed four turnovers in the second half. This was NC State’s third game this season to be decided by a point — it won the other two.

Morris, also making his second career start, was 12 for 24 for 132 yards. Christopher Dunn had field goals from 30 and 45 yards.

The wolf pack was denied a school record for the 17th home win in a row.

Turnovers cost both teams in the second half.

Boston College had a chance to take the lead in the third quarter after recovering a fumble in Wolfpack territory. But Morehead, grabbed by Devan Boykin, threw an erratic pass that was intercepted by Payton Wilson.

Early in the fourth quarter, Marcus Valdez Morris knocked the ball out of his hand and Boston College took the NC State 40. The Eagles failed to get a first down and returned it with an incomplete fourth-down pass.

NC State moved in its first two possessions with ease. Morris hit Trent Pennix for a 27-yard touchdown play to start scoring. Morris ran for 10 yards with a nice cut to dodge defenders for the Wolfpack’s second touchdown.

Dunn’s second field goal at 89 made him the ACC’s career leader in field goals in his five-year career. Florida State’s Dustin Hopkins (2009-12) held the record with 88.

NC State: Next Saturday in Louisville.