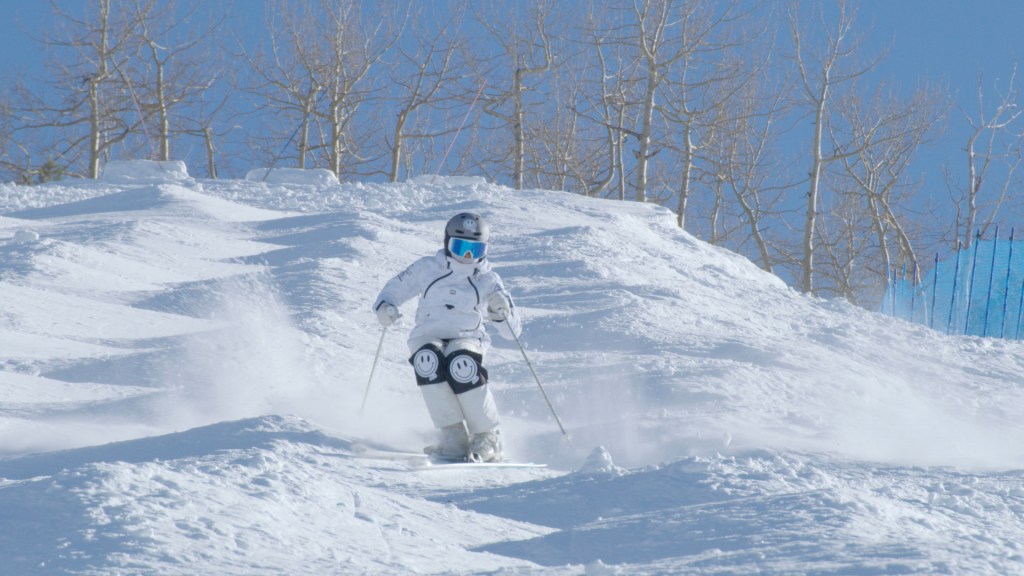 Snow is finally piling up in the mountains, Denver has experienced its first flurries and several ski resorts have opened with more on the way.

But for many passionate skiers and snowboarders, the season really doesn’t start until the annual Warren Miller film opens. This year’s “Daymaker” issue, like its predecessors for generations, ends with a narrator’s joyful proclamation: “Winter begins now.”

“Daymaker,” the 73rd installment in the series that invented the ski film genre, opened Thursday at the PACE Center in Parker and will open in 20 other Colorado locations through December 4. As usual, the two main venues are the Boulder Theater , 10-12. November, and the Paramount Theater in Denver, November 17-19. November.

The Colorado segment in “Daymaker” takes viewers to Snowmass for a meeting of the National Brotherhood of Skiers, made up of dozens of mostly black ski clubs, that dates back to 1973. The NBS also supports young black skiers in their efforts to help them reach the US Ski & Snowboard Team.

“There are many great skiers and snowboarders vying to become the first black Olympic champion in skiing,” says narrator Jonny Moseley, the 1998 Olympic mogul champion, in the segment. “But if the medal went to Best Nickname, 11-year-old Ava ‘Happy Knees’ Keenan from Vail would win it hands down.”

Keenan, who turned 12 since filming her segment, is shown knocking down moguls with legs that pump rapid-fire like definitively tuned pistons. She compliments Moseley, who has been narrating Miller films since 2008. Moseley won his gold medal with a groundbreaking new trick, the 360 ​​Mute Grab.

“My happy knees just help people see who I am as a mogul rider, a happy one,” Keenan says in the film. “I want to thank Jonny Moseley for the 360 ​​Mute Grab because nobody would be doing this without him. So thank you.” In the narration, Moseley replies, “You’re welcome, Ava.”

In a phone interview this week, Keenan said it was “amazing” to be in a Warren Miller film at such a young age.

“It’s not the people who see me in the film that excite me,” said Keenan, who is from Denver and moved to Vail when she was 10. “It’s that they think about all the hard work that got me into the film; that upsets me.”

Another ski film worth your time this season is ‘Magic Hour’, the latest from Teton Gravity Research. Segments were filmed in Montana, the Chugach and Coast mountain ranges of Alaska, and four mountain ranges in British Columbia.

Many winter sports enthusiasts, especially mountaineers, may find scenes filmed in Wyoming’s Grand Teton National Park to be highlights. Skiers and snowboarders are shown descending insanely steep and narrow descents on the Grand Teton, Middle Teton, South Teton and other nearby peaks after having scaled them under their own steam. These scenes are exciting, inspiring and breathtaking in their beauty.

“Magic Hour” toured Colorado during the last week of September and the first week of October, but the digital release will be out next week.