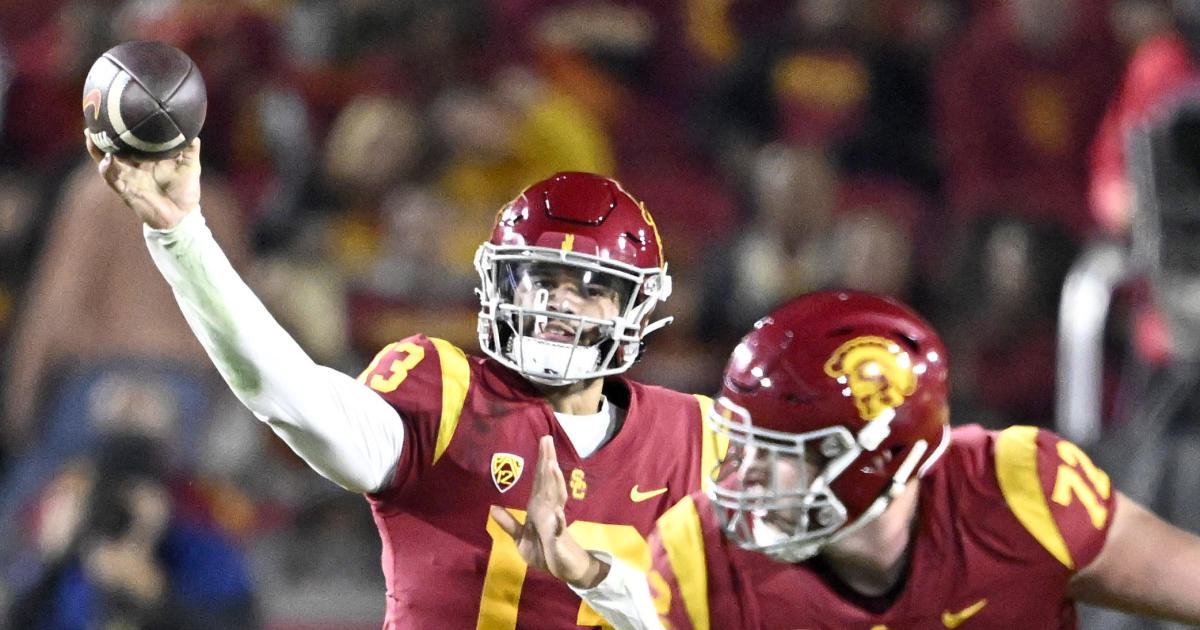 Everyone on the Southern California sidelines flocked to the Coliseum field to surround the wagon carrying running back Travis Dye, whose college career had just ended in an awkward duel.

The Trojans then shrugged off that abrupt heartbreak and continued to roll toward their ultimate goals for a remarkable rebound season in which Dye was a top-notch producer and emotional leader.

“There’s no way we would be sitting here as a football team without him,” said coach Lincoln Riley.

Caleb Williams leaped for 268 yards and three touchdowns and rushed for two more points, and No. 8 USC overcame their best ball carrier’s left leg injury in a 55-17 win over Colorado on Friday night.

Williams scored five total touchdowns (9-1, 7-1 Pac-12) in his fourth straight standout game for the Trojans, warming up for the season-defining games against No. 9 UCLA and No. 20 Notre Dame over the next two weeks with a slow start followed by an overwhelming victory over the Buffaloes (1-9, 1-6).

Former Colorado receiver Brenden Rice had 70 yards in reception and a touchdown for the Trojans while Tahj Washington and Austin Jones caught TD passes from Williams in the third quarter. Jones threw up a 2 and a 6 after his score to honor the jersey number of Dye, the Pac-12’s second-leading rusher with 884 yards.

“It hurts me to see him walk out like that,” Jones said. “We have to step up and take what he did so well and keep it going.”

Dye left the field with an air cast on his left leg after going down awkwardly in the second quarter. The Oregon native and Los Angeles area native played a key role in the Trojans’ instant transformation from a four-win program to a college football playoff contender.

Riley said he doesn’t expect Dye to play again this season but the injury shouldn’t do him any long-term damage. On the way to the Coliseum tunnel, Dye flashed USC’s signature V for Victory to his cheering fans before returning to watch the second half from the sidelines on crutches.

“He’s going to be on an NFL team next year,” Riley said.

The Trojans still scored at least 41 points in their fourth straight game with a prolific offense led by Williams, who had another outstanding game despite throwing only his second interception of the season. Williams has 37 total touchdowns in 10 games at USC.

Alex Fontenot rushed for 108 yards and a touchdown for the Buffaloes, who scored 188 points during their four-game losing streak under interim coach Mike Sanford.

JT Shrout rushed for 124 yards and rushed for a late TD while Colorado fell to 0-16 against USC in a streak that began in 1927 and includes 11 straight Pac-12 losses for the Buffs.

The USC defense had its best game in a month, with Tuli Tuipulotu recording 2 1/2 sacks to take the FBS-leading total to 11 1/2, but the Trojans were actually 3-2 after an ugly first quarter return.

“Especially when you look at the last two weeks leading up to this game, there’s probably every reason in the world to hang your head and not start fast defensively,” Sanford said. “It just shows the determination and faith of these players and I think you’re seeing some great individual efforts as well.”

USC’s second drive ended when Williams’ submissive long pass from Nikko Reed was wrested away by Rice, but USC’s defense scored the first points of the game with a safety moment later when Tuipulotu Shrout in the end zone for an intentional grounding penalty urged.

Williams quickly took control and even excelled in a third straight week with minimal help from his top two receivers. Jordan Addison celebrated just one reception in limited action during the Biletnikoff Award winner’s return from a two-game injury layoff, but receiver Mario Williams missed his third straight game with an injury.

Colorado: The Buffs’ first quarter will look good in the movie when Sanford tells them they have a chance to win one of their last two games. That lost season is a motivating challenge, but Sanford’s team is clearly still playing hard with what they’ve got.

USC: Dye’s absence is a blow to the Trojans’ lead and heart, but they have talented options in Jones and Raleek Brown, who had a career-high 90-yard total and a 25-yard TD catch from Miller Moss in the scored fourth quarter. USC’s defensive play, not its running play, will almost certainly determine where the Trojans finish this regular season.

Colorado RB Deion Smith and S. Trevor Woods were both sitting out injured, but Sanford expects them to play in the Buffs’ final two games.

Colorado: In Washington on Saturday, November 19.