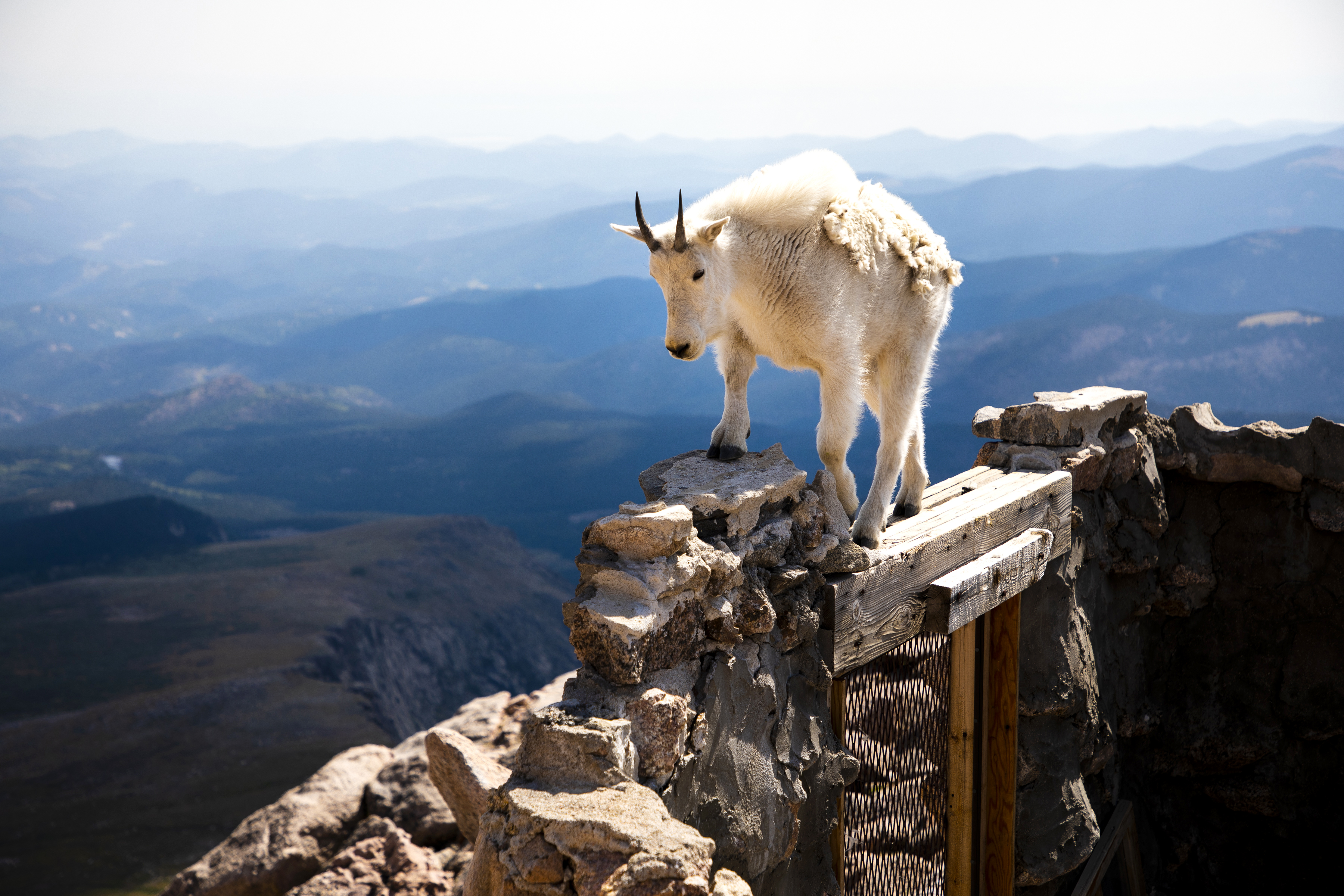 The state’s Geographic Naming Advisory Board voted unanimously Thursday to remove the name of disgraced territorial governor John Evans from a 14-year-old from Clear Creek County and recommended Mount Blue Sky as the new name to honor the Cheyenne and Arapaho people, whose Ancestors killed in Sand Creek massacre.

The board’s unexpected vote — which often takes months to evaluate proposals to change offensive or controversial names of geographic features and public places — came after members of the Native American tribe and dozens of other Coloradans attended the online meeting and expressed themselves voted for it, Evans’ name from the summit.

“No name can undo the pain and suffering caused by the Sand Creek massacre, but the removal of the name of the man most responsible for the massacre honors the very tribes Evans sought to destroy. There is no place to honor the perpetrators of atrocities on America’s public lands,” said Paul Spitler, director of wilderness policy at the Wilderness Society, in a petition filed in support of Mount Blue Sky’s name change. The Wilderness Society and members of the Cheyenne and Arapaho tribes made the official nomination and presentation.

Evans was Governor of the Territory of Colorado from 1862 to 1865. He was forced to resign because of his leadership role in the Sand Creek Massacre of November 29, 1864, which resulted in the murder of more than 230 Cheyenne and Arapaho people, mostly women and children and older adults.

Six name change proposals were considered, far more than usual, an indication of the controversial nature of Mount Evans. Mount Soule, Mount Rosalie, Mount Cheyenne Arapaho, Mount Sisty and a request to keep the name were also on the table.

The proposal to keep the Evans name would have redefined it to honor John Evans’ daughter, Anne Evans, who co-founded and supported some of Colorado’s largest cultural institutions, including the Denver Art Museum, Central City Opera, and Denver PublicLibrary.

The Colorado Renaming Board does not make final decisions on name changes. The panel oversees research, stakeholder outreach, presentations by name change advocates, and public comments before voting on a name change.

Now that the group has voted to rename Mount Evans, they will recommend the new name change from Mount Blue Sky to Governor Jared Polis. If Polis approves of the new name, its recommendation will be sent to the US Board on Geographic Names, which has the authority to permanently change the prominent landmark’s name.

The renaming could take up to a year, board members said.

After the board members voted unanimously, many Native American tribal members were seen smiling on their virtual screens. Mount Blue Sky was nominated because it honors the Arapaho people who were known as the Blue Sky People and the Cheyenne people who hold an annual life renewal ceremony called the Blue Sky.

“I appreciate those who took the time to enlighten us on all sides of the topic, and it’s not easy for the speakers,” said Tim Mauck, deputy director of the state Department of Natural Resources and executive chair of the renaming committee.

“As you can see, there’s a bit of work behind it… submitting a proposal and advising it,” he said. “I appreciate the public comment … on something of great interest to many Colorado residents. We were able to maintain a real courtesy when sharing our ideas.”

Nearly 100 people witnessed the heated but civil debate that took place during the online meeting, in which proponents of the six name changes put forward arguments to support their version of the name change.

John Evans’ great-great-granddaughter Anne Hayden was among those speakers. She appears to be the first person in the Evans family to testify at a public board meeting on the geographic rebrand.

“While I don’t speak for the entire Evans family, I am in favor of changing the name of the mountain,” she said.

Hayden said she made friends with Cheyenne and Arapaho people in Wyoming, Montana and Oklahoma. She said she appreciates a suggestion from Rep. Adrienne Benavidez, a board member of the renaming committee, who encouraged non-Native participants to step down and allow members of the Native American tribe to lead the renaming process.

“Sometimes we, as white people, non-natives, have an urgency about something to try to do it quickly. I think it’s so important to honor these tribes and what they would all like to see and not try to influence them,” Hayden said.

According to the Wilderness Society, there is broad support for changing the name of Mount Evans to Mount Blue Sky among Cheyenne and Arapaho tribesmen, other Native American leaders, conservation organizations and local government officials.

Fred Mosqueda, an Arapaho speaker who serves as the language and cultural program coordinator for the Cheyenne and Arapaho tribes of Oklahoma, was appointed to a committee to ensure tribal nations contribute to Mount Evans name change proposals.

He once said a person asked him, “Why are you so mean about the name Evans?”

“I told them give me a reason to be nice or say something nice,” Mosqueda said at the meeting. “Show me one thing Evans did that I can celebrate as an Arapaho,” he said. “And they couldn’t.”

Members of the Northern Arapaho Tribe supported Mount Blue Sky and members of the Northern Cheyenne Tribe supported Mount Cheyenne Arapaho, she said. She asked proponents of the Mount Blue Sky name if they had any plans to meet with Native American proponents of the Mount Cheyenne Arapaho name to agree on a name change.

“If we have two names, both with support from different Native American nations, is there room for the two groups to discuss this further, or do you want us to decide?” asked Benavidez.

Mosqueda and others in the coalition, seeking input from members of the Native American tribe on the renaming proposals, tried many times to contact the Northern Cheyennes to bring them to the discussion table, but they did not respond, Mosqueda said.

Otto Braided Hair, a Northern Cheyenne man and one of the proponents of changing the mountain’s name to Mount Cheyenne Arapaho, did not show up for his presentation at the meeting.

Katie Sauter, who suggested dedicating the mountain’s name to John Evans’ youngest daughter, Anne Evans, said it would be remembered for a woman who had “done much good for the state”.

“Although she was the daughter of John Evans, her actions and writings suggest that she had very different views of Native Americans than her father.”

A Native American woman named Nellie M., who spoke during the public comment, said it was offensive to retain name references to Evans. “It wouldn’t be salutary if you even thought of the name Evans after what he did to the Cheyenne-Arapaho people,” she said.

Karen Naiman, a former publicist and journalist, said she supports changing the name of Mount Soule (pronounced “soul”) in honor of Captain Silas Soule, who refused an order to take part in the Sand Creek massacre.

Writing about the horrors of the massacre, Soule testified in a military investigation in Denver against Col. John Chivington, who commanded the troops at Sand Creek, according to a summary packet of the meeting.

Naiman claimed she spoke to several members of the Native American tribe who agreed to a name change from Mount Soule. She said there had already been other landmarks in Colorado named after the Cheyenne and Arapaho tribes, and claimed she and other Native Americans agreed that “it would be better not to reuse a name.”

A meeting attendee named “Kellie” responded to Naiman’s presentation via virtual chat and said: “Respectfully, Soule sounds like a good person, but we are discussing a renaming as a form of reparation for the indigenous people who harmed Governor Evans Has. Naming the mountain after another white man doesn’t seem appropriate.”

Paul Fiorino, a proponent of changing the mountain’s name to Mount Sisty, commemorates Wilson Edward Sisty, who founded the Colorado Department of Wildlife and Fish and served as State Fish Commissioner for three governors. He was also a highway inspector and the first marshal of the Denver City Police Department. He also opened hotels in Brookvale and Idaho Springs, Fiorino added.

“It’s an opportunity to promote the rightful place for Colorado’s official pioneer,” Fiorino said. “Sisty is a story about the food, fish, early excursions and official dealings of early organizations that brought Denver and the state of Colorado to the importance we enjoy today.”

Renee Millard-Chacon, co-founder and executive director of Womxn from the Mountain, an Indigenous women-run nonprofit in Commerce City that fights for arts education, justice and fighting environmental racism, said it was disrespectful to suggest putting one mountain after another Rename Colonizer .

“It’s honestly disrespectful to suggest a different name for colonizers in this space,” she said. “We don’t always get full consensus. But it’s incredibly important to understand the communities that are emerging and doing this work, including and particularly (those working towards community healing).

Mount Evans was formerly named Mount Rosalie after Rosalie Bierstadt, wife of Albert Bierstadt, a German painter whose sweeping landscapes captured many of Colorado’s mountains. Mount Rosalie was again considered as a new name for Mount Evans. But the proponent of restoring the name did not show up for the meeting.

Since its inception by Polis in the summer of 2020, the committee has reviewed 56 naming or renaming proposals and made recommendations on 26 so far, said Tim Mauck, deputy director of the Department of Natural Resources. Work has primarily focused on replacing slurs used to identify public places or geographical features.

MORE: Find the list of other names of other geographic features that the board wants to change on the Colorado Department of Natural Resources website, which will shortly contain the agenda for the next meeting. For more information, email [email protected]