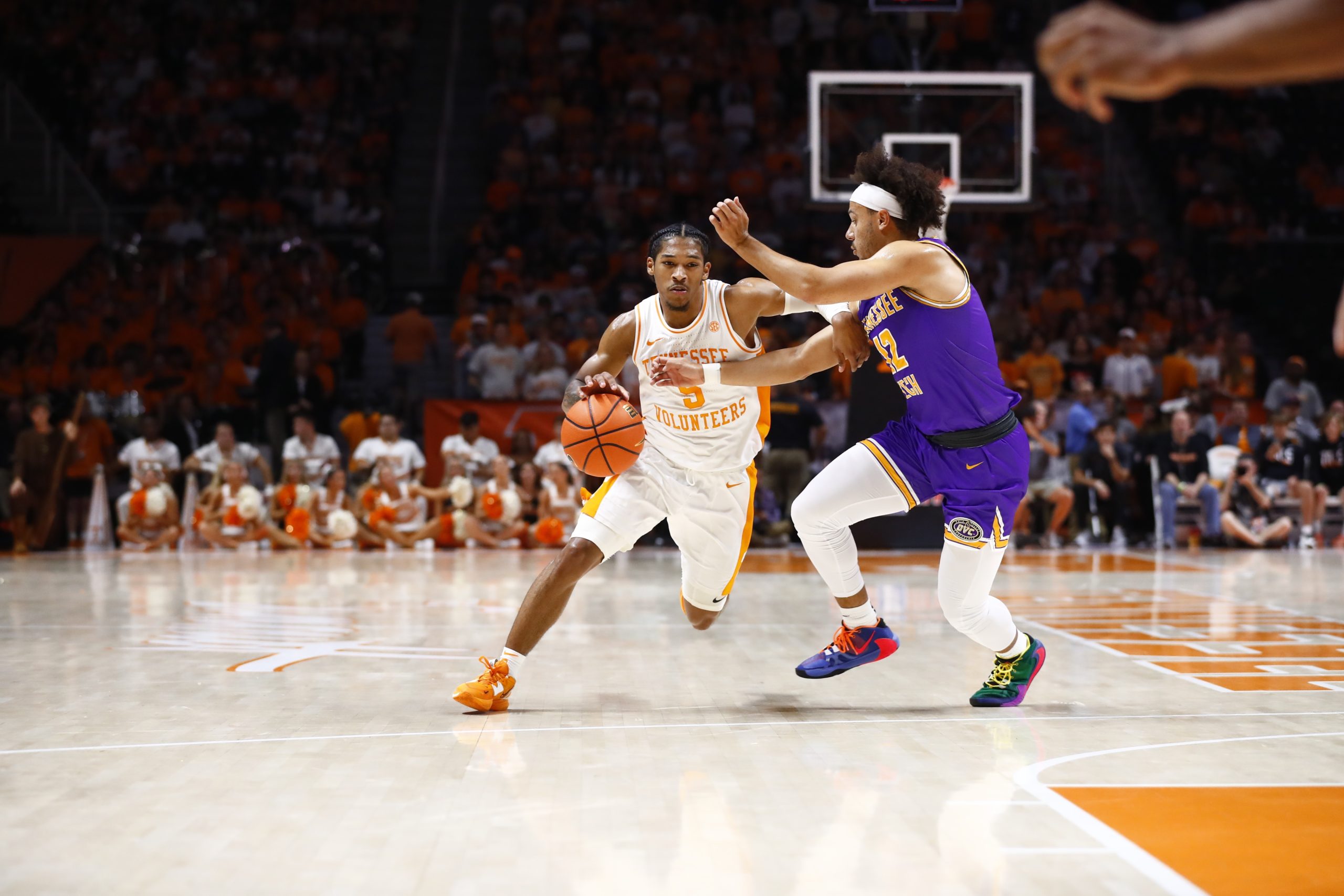 Tennessee basketball is looking to play faster this season, and it showed when Vols pushed Gonzaga out of the gym with her fast play in an exhibition win.

But as Rick Barnes watched the tape of Tennessee’s season-opening win over Tennessee Tech, the eighth-year head coach watched his team rush into offense.

“I thought we were in a hurry,” Barnes said. “We’ve just been pushed on offense for some reason, but it’s been good for us because I’m constantly talking to the lads about what we’re going to do on those days when we’re not doing threesomes?”

Barnes admitted it’s hard to dismiss the open perimeter shots Tennessee Tech gave the Vols. Tennessee made just four of 21 threes in the first half before making 10 of 23 in the second half.

So how does Tennessee balance the pace without rushing on offense as they prepare to face Colorado on Sunday in Nashville?

“When we’re talking about fast and fast play, it’s really about the eyes,” Barnes said. “It’s really about seeing what you need to see early on and pushing the ball forward. We’ve spent a lot of time working on it lately and we’ll continue to do that where we can really understand the difference between fast and in a hurry and fast versus being in a hurry, but it goes back to being able to knowing what you’re looking for in the different things we might do.

“We know we have to play with pace, but that’s not always flat out.”

Finding the right balance puts extra pressure on Tennessee’s point guards. Zakai Zeigler struggled shooting against Tennessee Tech — particularly in the first half — and Barnes pointed to his different role as a reason for adjustments early in the season.

It’s an even bigger adjustment for the second point guard Tyreke Key. The Indiana state transfer spent his four years at Terre Haute playing ball and will play more there than at point guard this season.

Still, Tennessee puts that extra responsibility on his plate, and Key admitted he “to pick up the pace a bit more” after defeating Tennessee Tech.

“He knows. I think that’s the first step and I’m not sure he’s ever considered himself a point guard, a go-between, because as we know he’s an excellent goalscorer and he’s learned to be off the ball playing really well,” Barnes said. “I think he’s starting to understand it better. I think he’s one of those players that’s starting to understand the pace. … He needs to see what he could have early on and what not. If not, he has to take us into a river. He gets better and better there.”

Tennessee is looking to learn from its season-opening lessons in its first real Test of the season Sunday. The Vols meet Colorado in the third game of a three-game series against the Buffs at Nashville’s Bridgestone Arena.

Colorado is 58th in KenPom going into his Friday night matchup against Grambling State. The Buffs are a middle-of-the-road Pac 12 opponent that Tennessee should be able to handle but won’t be able to sleepwalk to a win.

The good news for Tennessee is that Tad Boyle and the Buffs are following his lead and playing with more pace.

Tip-off between the Vols and Buffs at Bridgestone Arena is at 2:00 p.m. ET. Kevin Fitzgerald and Jimmy Dykes are on duty for ESPN.