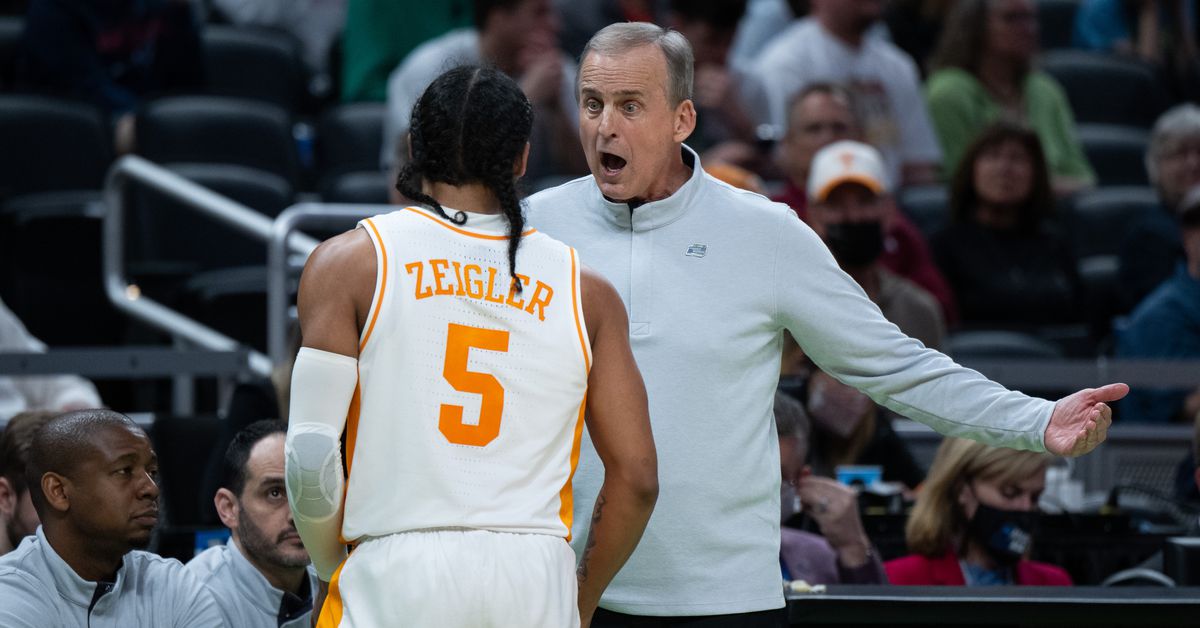 How many of you had a 20-point scrimmage win over Gonzaga — and then a loss to Colorado on the Tennessee basketball bingo map? That’s what we have so far in this young season. The Volunteers were 15-point favorites in Nashville on Sunday, but the Buffaloes pulled away in the second half.

Terrible offense, worse shooting, and shaky defense all along the line brought in Tennessee. Some of the issues we saw and glossed over against Tennessee Tech resurfaced, mostly on the offensive end of the floor.

Tennessee replaces Kennedy Chandler at point guard, and it was just a foregone conclusion that Zakai Zeigler would slip in and be fine. He played at such a high level as Tennessee’s sixth man last year, but it’s been a bumpy ride as a starter so far.

Rick Barnes could just go back to last year’s formula.

“He was completely out of control to the point where I already told him ‘You don’t start’ because he didn’t work very well starting the game in terms of how we want to start,” said Rick Barnes after the loss. “So we have to make a decision about how we want to go down this path. If Jo(siah) keeps coming back he will obviously be there early in the game. We need to get better execution early in the game. We cannot start the game by throwing it wide on the very first possession of the game.”

Zeigler finished the field 4-12 with two turnovers. He scored 12 points and added four assists, but the offense as a whole was stuck with wheelspin for most of the day.

Zakai wasn’t the only problem either. Santiago Vescovi ended up shooting just 2-13 from the field – 2-11 from three-point range. Tyreke Key was 1-9 and Julian Phillips was 1-6. Tennessee just doesn’t win many games by that percentage.

Barnes was less than impressed with Vescovi’s day in particular.

“I think he’s trying to do too much,” Barnes said of Vescovi. “I think he has to play the role that we need from him. If he doesn’t shoot and he’s still open he has to shoot the ball because I think the guys expect him to shoot it and if he starts driving he and Z are both out of control.

“We don’t know what’s going on. boys don’t know It’s going back, there will be games where they’ll take shots if they shoot inside our offense. It’s when shots are rushed but when we come off the screens and we know the shots we’ve been working on for years but when he loses his confidence now he thinks every time I get it I’m doing things for my teammates must create. He’s getting himself into trouble.”

Overall, according to Barnes, complacency was an issue on Sunday.

“I didn’t like that our mindset came in,” Barnes said. “If we think we’re just good enough to go out and play, today the fact proved that we’re not. And whether we do three-pointers or not, you should be able to play better basketball than we played today.”

So what now? Preseason losses are hardly backbreakers. If anything, they are attention grabbers and growth opportunities. You know Barnes won’t pass up this opportunity. The question is: if not Zakai Zeigler, then who?

Zeigler will continue to be a big part of this rotation, but who will start in his place? There’s no obvious answer here as newcomer BJ Edwards is struggling to find the word up to this point. Is it that easy to throw Edwards in the fire? Or will Barnes be on point with Vescovi, James or Key?

At this point, all options are gone, and I bet you’ll see variations on each scenario in upcoming non-conference games. The only problem? Tennessee has just one more tune-up game (Florida Gulf Coast on Wednesday) before heading to the Bahamas for the Battle 4 Atlantis Tournament.

So Wednesday’s game is big. Tennessee has some issues to iron out and their reaction after a brutal show on Sunday will be fascinating.