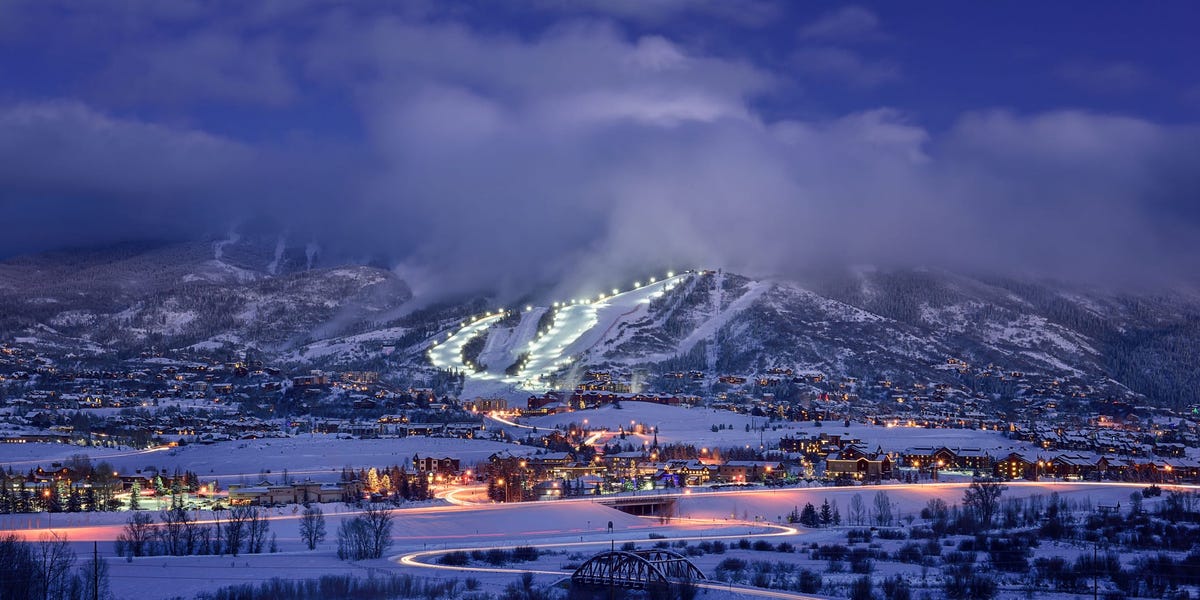 The latest numbers in Mile High City’s housing market may have some sellers wondering if their property is “all hat, no cattle.”

The rise in inventories has caused Denver home prices to fall from record highs seen in April 2022. The median price of a single-family home in Denver has fallen 10% since April to more than $595,000, the report said, while multi-family home prices have fallen 9% to $550,000.

While these falling prices combined with greater supply may be a welcome sign for those looking for a home in the Denver area, homebuyers in Colorado’s ski towns are still having a much harder time finding a home they can afford.

“The rise in interest rates has eliminated some potential buyers who may now feel trapped in a rental trap of not reaping any financial or non-financial benefits,” Marci Valicenti, a broker serving Routt County, said in a statement.

Tourism is a priority in many of Colorado’s ski towns

One reason Valicenti points to Routt County’s sharp decline in home purchases is the ordinance Steamboat Springs passed in August to tax short-term rentals such as hotels. Other popular ski resorts such as Frisco, Dillon and Aspen have also enacted similar laws.

Steamboat is also investing heavily in increasing tourism in the city with more than $200 million in development activities centered around the Steamboat Resort, Valicenti said.

The resort is currently expanding by 650 acres, which will make it the second largest resort in Colorado, and is building “Wild Blue” — a 10-person gondola that could be the longest and fastest in the US.

Pontius said in the Colorado Association of Realtors report that buyers are more optimistic about the chances of winning a home but are still concerned about what might lie ahead as recession fears surface.

“This is a welcome refresher to catch up and regroup, but there’s an anxious tinge in the air as the market shifts,” Pontius told the Colorado Association of Realtors in the October report.

But action is being taken at the state level to support even the pitch. Colorado Gov. Jared Polis last year signed a bill aimed at helping tourist towns like Estes Park by allowing those towns to divert some of their lodging tax revenues into affordable housing.

Lucy Kay, the president and CEO of the Breckenridge Tourism Office, told the Colorado Sun in April that the bill signed by Polis was one that the tourism industry would normally have rejected. But the low housing stock creates many problems for the local workforce.

“We all need housing,” Kay told the Colorado Sun, adding that the bill “helps us support issues that are critical to the hospitality industry.”