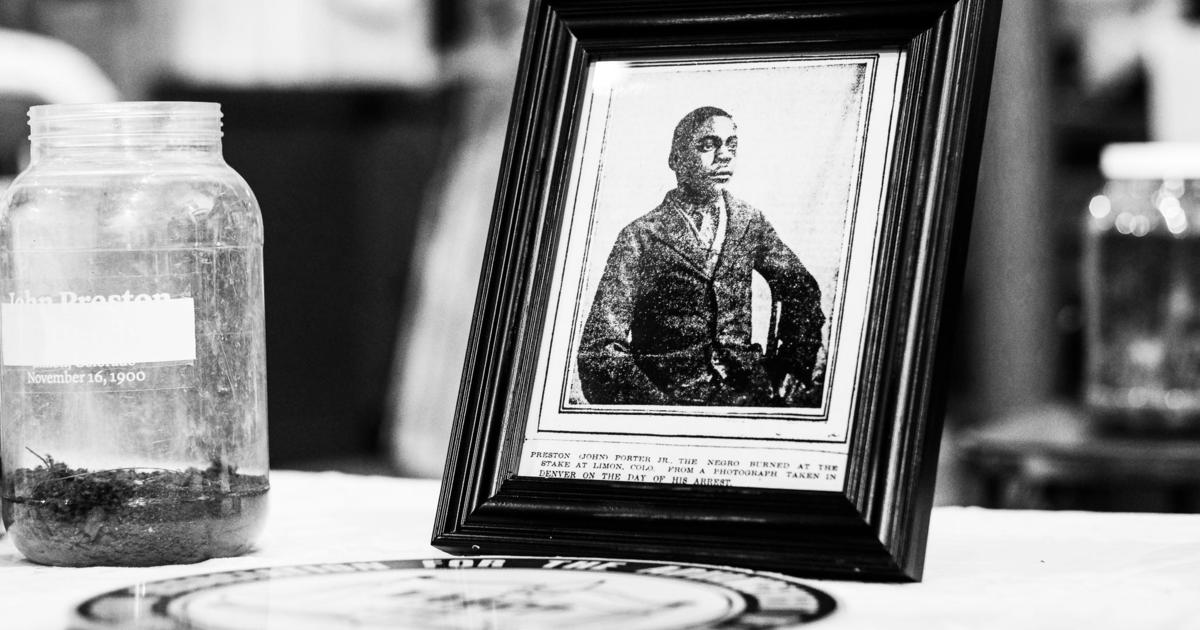 A historic marker erected in downtown Denver is intended to educate Colorado residents about an incident of racial terror that occurred 122 years ago on that day.

On November 16, 1900, a fifteen-year-old boy named Preston Porter Jr. was lynched by a white mob outside of Limon.

Although the incident sparked national outrage at the time, few in our state knew about the lynching until recently.

“I wasn’t aware that there was racist lynching in Colorado,” said Pennie Goodman of the Colorado Lynching Memorial Project.

Judy Ollman, an Equal Justice Initiative contact, said: “Did that happen in Colorado? I had the same concept.”

In 2010, the Equal Justice Initiative began investigating racist lynchings in the United States, primarily in the American South. Many of these had never been documented.

Professor Stephen Leonard is a historian at the Metropolitan State University of Denver who has researched and published on the Colorado lynching. He said: “Often we like to live in our imaginations because they can be more comfortable than reality. More than 160 people were lynched in Colorado between 1859 and 1919. Some of them were black and many of them were of Mexican descent.”

Members of the Colorado Lynching Memorial Project traveled to Limon in 2018 to hold a soil collection ceremony.

It was near where 15-year-old Preston Porter Jr. was cremated on November 16, 1900 in front of hundreds of people.

Ollman said: “It was just horrifying. It was horrific.”

“He was 15 years old and I can’t help but put myself in his shoes,” Goodman said. “This boy being dragged and tied up, can you imagine the terror and fear?”

Preston Jr. had come to Colorado from Kansas with his father and brother to work in railroad construction. When a young white girl named Louise Frost was found murdered in Limon, Preston’s family was stopped in Denver for questioning, but they denied involvement.

Authorities focused on young Preston and put him in a sweat box at Denver City Hall. He was told his family would be lynched if he didn’t confess.

MSU historian Stephen Leonard said, “That’s why we have bans on torture. And he was tortured. Many people will confess to things they didn’t do if they are threatened enough and tortured enough.”

Preston was put on a train bound for Limon, a white mob grabbed him and made him wait tied to the tracks while a crowd gathered.

Ollman said, “They asked for souvenirs, so he ripped pages out of the Bible to give to people as souvenirs.”

News reports at the time reported that when Preston was set on fire, he asked God to forgive the people who did this and have mercy on the murdered girl’s family.

“It’s very interesting to read the articles after this happened,” Ollman said. “And how shocked and appalled so many people were.”

A group of ministers in Chicago wrote to President William McKinley about Porter Jr., urging him to introduce legislation outlawing lynching and making the mob criminally responsible.

After nearly 122 years, the Emmit Till Anti-Lynching Act was signed into law by President Biden last March.

Jovan Mays of the Colorado Lynching Memorial Project said, “We’re not trying to lock people into the past.

The soil collected in Colorado will eventually go to the National Memorial for Peace and Justice in Montgomery, Alabama. Known informally as the National Lynching Memorial, it commemorates the estimated 6,500 black victims of lynchings in the United States.

Markers like those in downtown Denver (at 13th and Larimer, north side of Speer Boulevard) are intended to inspire communities to discuss ways to build a future rooted in justice.

On Sunday, November 20, the Colorado Lynching Memorial Project will hold a memorial service and discussion from 1:30 p.m. to 3:30 p.m. at Holy Redeemer Church, 2552 North Williams Street in Denver.