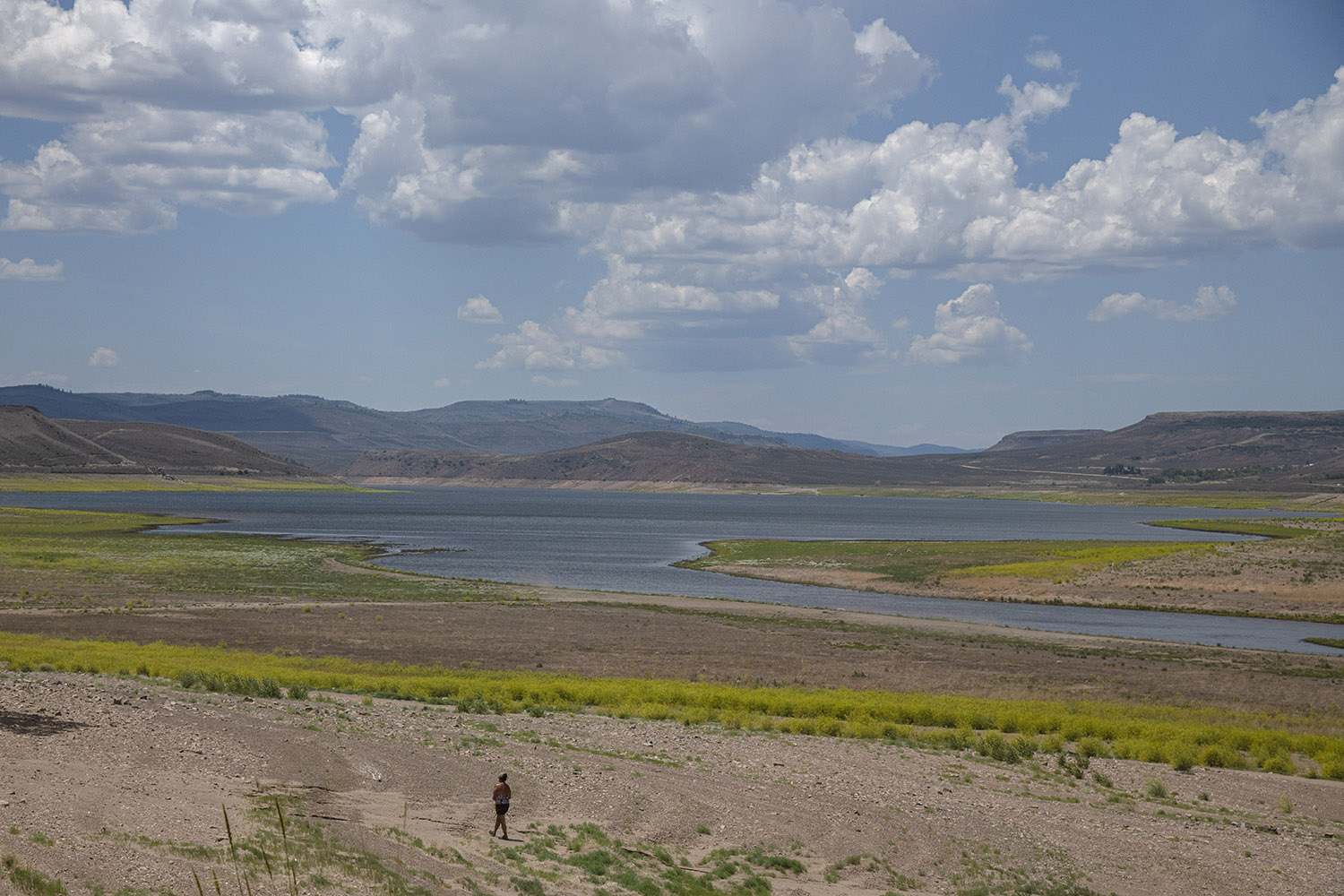 Under pressure to protect the Colorado River’s dwindling water supplies from other states with more political clout, Colorado is reshuffling its river leadership team and asking state legislatures to provide $1.9 million in funding for a new policy and technology task Force for river issues to approve.

Gov. Polis’ proposal, which is subject to Legislature approval, also calls for the addition of more than a dozen new positions in CWCB and DNR and the addition of another $5 million to fund state water plan grants. If approved, the changes would go into effect on July 1, when the new state budget takes effect, according to DNR spokesman Chris Arend.

Mitchell and Gibbs declined interview requests. Mitchell was appointed to the Upper Colorado River Commission (UCRC) by Polis in 2019 and retained a dual role as CWCB Director and UCRC Commissioner.

In an emailed statement, DNR’s Arend said the changes are critical to ensuring the state can adequately protect its share of the drought-stricken Colorado River.

“The Colorado River system faces many challenges from a dwindling water supply, compounded by one of the worst droughts in history,” Arend said. “These problems are exacerbated by rising tensions in interstate negotiations, which are contributing to unprecedented pressures on Colorado’s water supply.”

Lee Miller, a water attorney representing the Pueblo-based Southeastern Colorado Water Conservancy District and who was part of a panel of experts advising Mitchell on Colorado River issues, said it needs to be clear who is reporting to whom and how the relationship between them is the Colorado Water Conservation Board and the new Policy and Technology Team will look like. It is unclear when a replacement for Mitchell will be named.

“It’s important for everyone to know that we have a unified leadership voice,” Miller said. “So when people respond to two different leaders, or we’re not fully organized, that becomes problematic at first.

“I’m not suggesting it will be a problem. I just do not know. We can’t afford to have organizational confusion because we’re really getting to the important stages of the negotiations,” he said.

Now, 22 years after a mega-drought widely believed to be the worst in 1,200 years, the advanced river system is on the verge of collapse, with Lakes Powell and Mead plunging dangerously close to a dead pool, a water level that low enough to be reached, Powell will not be able to produce hydroelectric power and Mead will not be able to support the millions of people in the Lower Basin who depend on the river.

The river originates in Colorado’s Never Summer Mountains, high in Rocky Mountain National Park. It collects water from major Colorado tributaries, such as the Yampa and Gunnison Rivers, and throughout the upper basin, and collects about 90% of the stream flow it will provide throughout the Seven State River System thanks to outflow from deep in the upper basin of the mountain snowing.

But since 2002, those mountain snowpacks have been shrinking, crushed by warming temperatures and fewer snow days.

Beginning in July 2021 and again that year, the US Department of the Interior ordered emergency evacuations from Utah’s Flaming Gorge, Colorado’s Blue Mesa, and New Mexico’s Navajo Reservoirs for the first time. But that has done little to restore levels, although the releases are credited with providing some power protection.

As the crisis deepened, US Bureau of Reclamation Commissioner Camille Touton in June ordered the seven states to find ways to reduce water use by 2 million to 4 million acre-feet by 2023.

While lower basin states have been forced to reduce water use under a special set of operational guidelines and drought plans approved in 2007 and 2019, respectively, negotiations in recent months have failed to match the federally mandated cuts.

At the same time, the drought continues, and a dry winter is also forecast for this winter. In response, the federal government announced last week that it would accelerate negotiations on a new set of operational guidelines to protect Lakes Powell and Mead to help restore the river.

Under the terms of the 1922 Colorado River Compact, the river’s supplies are divided equally between the upper and lower basins. However, since the Upper Basin states have smaller and fewer reservoirs than the Lower Basin, users here have had to reduce their water use as the drought persisted. At the same time, users of the Lower Basin have, at least so far, been able to rely on stored supplies at Powell and Mead.

The crisis has Colorado water users nervous that the state has not responded quickly enough to protect itself from potential new demands for more water from lower basin states.

Larry Clever manages the Ute Water Conservancy District, which serves, among other things, Grand Junction and has fairly high rights to the water of the Colorado River.

He was concerned about what he describes as the state’s failure to be more aggressive in demanding changes in the lower basin, including significant cuts in water use. He said the state’s new approach could be a good thing.

“We need to get our butts off and do something,” Clever said. “Will that lead to this? Hopefully. I think we’re in trouble.

Jerd Smith is Editor of Fresh Water News. This story first appeared on wateredco.org on October 7, 2020.

Fresh Water News is an independent, nonpartisan news initiative of Water Education Colorado. WEco is financed by several donors. Our editorial guidelines and donor list can be viewed at wateredco.org