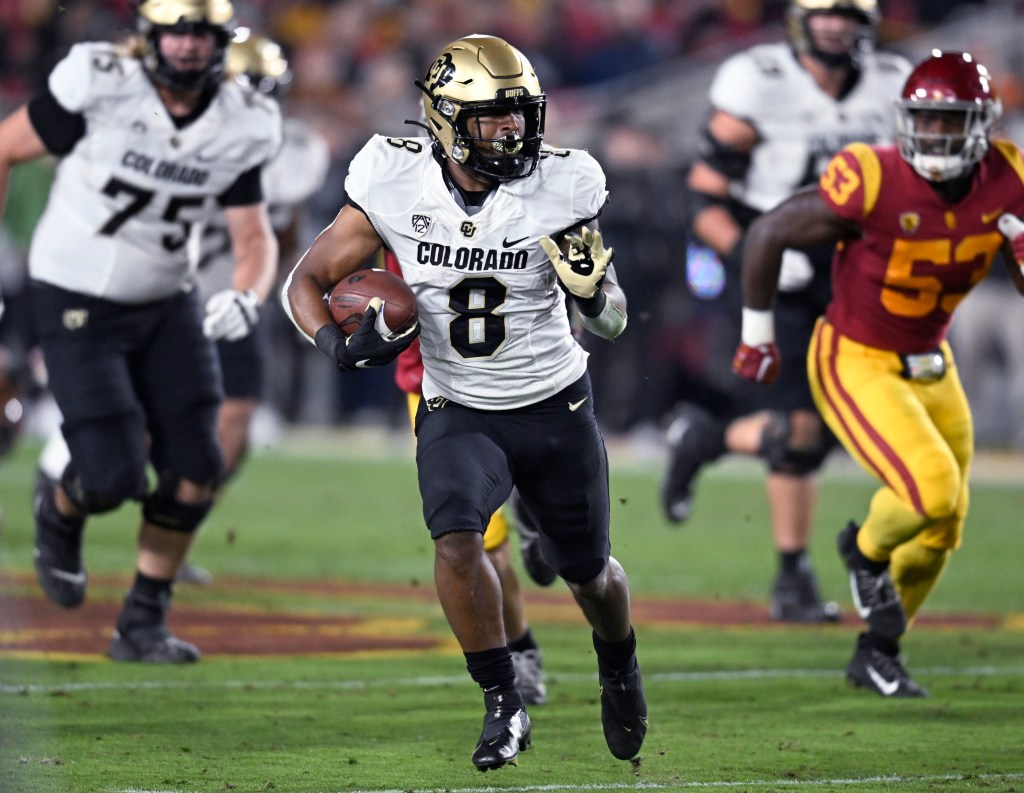 Losing week after week – and losing a lot – is certainly not easy for anyone to take.

But as the Colorado football team hobbles to the finish line in this disastrous season, they continue to show a valiant effort in every game.

“Oh, yeah, that’s one thing about this team that I’ve never really experienced in the six years I’ve been here,” running back Alex Fontenot said after Friday’s 55-17 loss at USC No 7. “For example, we lose, but we keep the same energy. Nobody cares about themselves. Everyone is still locked up. Everyone wants to win and we still believe we can win.”

The Buffs have already lost by 23 points or more eight times and have been outplayed 104-27 in the last two games. So what keeps them going?

“That’s a good question,” said defender Jalen Sami. “Overall, it’s the heart of the team. (That) isn’t what we wanted, but we work out here every day. We try to compete. For me personally these are just opportunities to get better, improve my game and hopefully achieve my dream of turning pro.

“We’re just trying to work on it (fix bugs), try to get better. And so I took on a fairly personal job to try and motivate us. We come to training every day and just try to get better, even though the season didn’t go the way we wanted it to.”

Sami has been one of the Buffs’ best defensive players in recent weeks, while Fontenot had a season-high 108 rushing yards against USC — his first 100-yard game in three years.

These two and other Buffs will do their best to win in Seattle on Saturday. While it’s another difficult result, it’s a good bet that the buffs will fight and put in a lot of effort.

“We still have two more games to play to show our talents, to show what you can do on the field,” said Sami. “I feel very comfortable with that. What you (hardly) capture on tape is your character, what defines you as your character.

Playing Friday night last week has given the Buffs an extra day off before facing the Huskies. Sami was grateful for this opportunity to relax on Saturday.

“I can watch football all day, see Washington and Oregon,” he said. “It’s going to be a good game to watch. I’ll probably watch a movie (after the USC game)… and then just stop and focus on Washington.”

Sami and the rest of the Buffs watched as Washington upset the favorite Ducks, who entered the game in 6th place. The Huskies, who finished 24th, rallied on 10 points in the finals at 3:07 to win , 37-34.