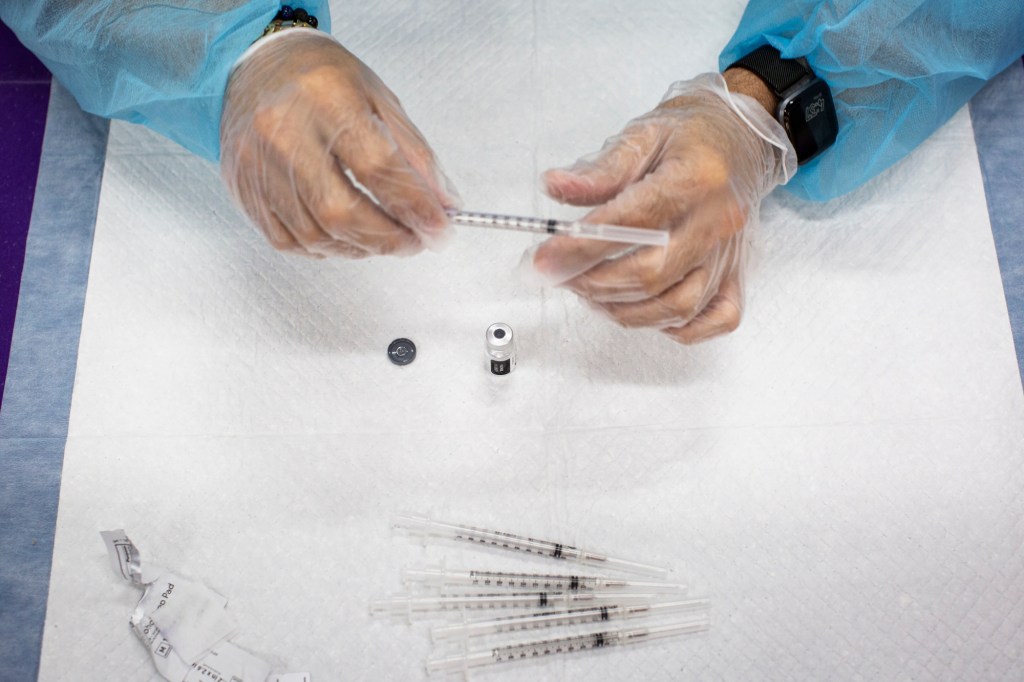 More Coloradans are being hospitalized for COVID-19, flu and respiratory syncytial virus (RSV) than a week ago, putting the state in a potentially precarious position that’s headed for a big vacation.

As of Tuesday afternoon, 379 people were hospitalized with COVID-19 nationwide — an 18% increase from a week earlier. That comes on top of a 47% jump in the previous week and brings hospital admissions to their highest level since late February.

Though it’s nowhere near the level of mid-January, when 1,676 people were hospitalized with COVID-19 during the Omicron surge, the concern is that the health system has less capacity to accommodate an influx of patients, he said Beth Carlton, an associate professor of environmental and occupational medicine at the Colorado School of Public Health.

“Given the compound flu plus RSV plus COVID, this could strain an already strained hospital system,” she said.

The Colorado Department of Public Health and Environment doesn’t disclose the number of people currently hospitalized for the flu and RSV, a virus that usually causes the common cold but can be serious in young children and older adults. However, it gives hospitalization rates relative to the population, allowing for comparisons over time.

The hospitalization rate for RSV is 280% higher than at its peak last year — literally off the charts as the state has had to reformat its dashboard at least twice — and 895 people have been hospitalized for RSV in the Denver area since October treated 1. The vast majority are children, although two long-term care facilities have reported outbreaks.

Last week, Children’s Hospital Colorado sounded the alarm that it is constantly being busy or overwhelmed, urging the public to take precautions, especially around infants and young children. There’s no vaccine for RSV, but washing your hands, wearing masks, and avoiding sick people can reduce your chances of getting it.

Colorado isn’t the only state where capacity is an issue: The Oregon Nurses Association has urged hospitals to delay elective processes until demand for beds falls; a Michigan children’s hospital reported all beds were occupied on Friday; and three San Diego hospitals set up tents outside to treat patients who were overcrowding their emergency rooms.

So far, there is no sign that either virus is peaking. The state does not track RSV cases, but the percentage of positive tests has continued to rise, reaching 23% in the week ended Saturday. It’s not a perfect measure, but when the positivity rate goes up, it generally signals that a pathogen is spreading further.

Colorado had high flu activity as of Nov. 5 based on the percentage of outpatient health visits attributed to flu-like illness, according to the Centers for Disease Control and Prevention.

About 12.6% of COVID-19 tests have come back positive in the past seven days, up slightly from 12.3% the week before. The state recorded 7,556 cases in the week ended Sunday, about 1,000 more than the previous week.

More than half of Colorado’s counties are now at intermediate risk due to their COVID-19 cases and hospitalizations, according to the CDC. Rio Blanco County was considered high-risk, with about 15 hospitalizations for COVID-19 per 100,000 people and about 4% of hospital beds occupied by people with the virus.

All but nine counties had significant or high community transmission based on their case numbers and the percentage of tests that came back positive.

Hospitalizations for COVID-19 have increased slightly nationwide since mid-October, according to data compiled by The New York Times. For the past two weeks they have risen in the mountains to the west but fallen in the northeast.

It’s not clear how much longer COVID-19 infections could continue to increase in Colorado, Carlton said. For the past two years, the spread picked up in November and then started to slow down in December, but it’s not clear if the same thing will happen this year, she said. (In December 2021, the grace period was short-lived as the Omicron variant arrived in the United States around Thanksgiving and promptly spread like wildfire.)

“Whether we can count on things getting worse in a month’s time, I don’t know,” she said.

The recent uplegs in Europe only lasted a few weeks, but they had a different mix of variants than the United States is currently seeing, Carlton said. Populations in northern and western Europe were also more likely to receive a booster shot, according to STAT News.

Nationwide, the BA.5 variant accounts for only about 30% of infections, according to CDC estimates. The BQ.1.1 and BQ.1 variants, thought to be better immune evaders than BA.5, have further increased their share to approximately 24% and 20% of cases, respectively. All currently circulating variants belong to the omicron family.

The latest variant data in Colorado is as of October 23rd. At this point, BA.5 was found in 69% of the samples sequenced, and BQ.1 and BQ.1.1 together accounted for 16%.

The best thing people can do to limit the impact of viruses in the coming weeks is to get their flu shots and COVID-19 booster shots as soon as possible, Carlton said. You should stay home if you feel sick, even if you have tested negative for COVID-19, because RSV and the flu can be serious for the elderly and young children, she said. Wearing masks in public also reduces the chance of contagion.

Subscribe to the bi-weekly newsletter to get health news straight to your inbox.