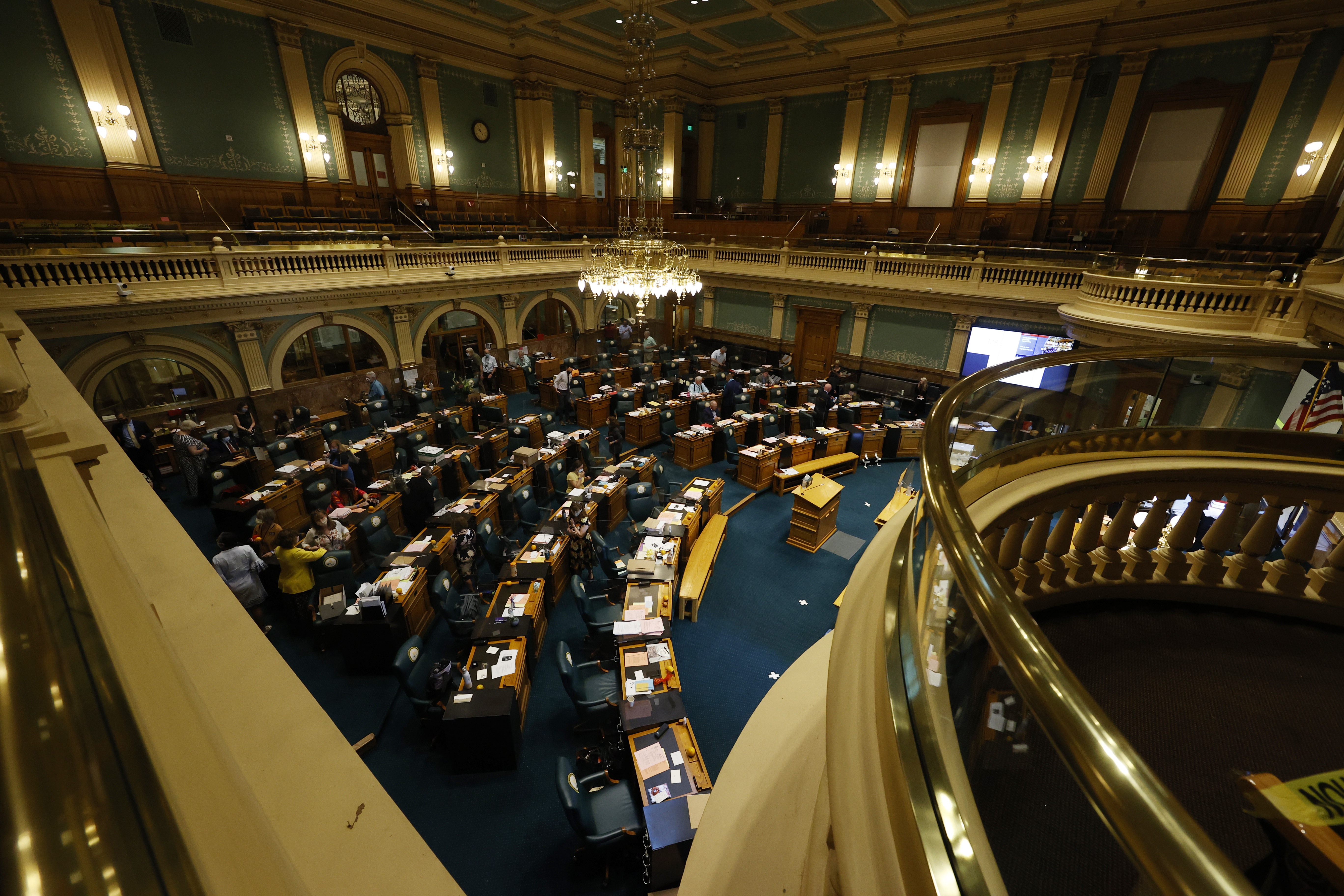 Colorado Democrats braced themselves for the possibility of losing seats in the state legislature on Election Day. Instead, the party expanded its already sizable majorities in the House of Representatives and Senate.

Some of the excitement can be traced back to last year’s decennial redistribution process. Others are simply the result of Democratic victories in areas of the state that have supported Republicans in recent election cycles.

It seems that some of the victories were surprises for both sides.

A Colorado Sun analysis of political groups’ spending in state legislative contests showed that only one of the eight upturned seats in the House and Senate was the target of significant funds. Another, House District 43 in Douglas County, which was supposed to favor the GOP by 7 percentage points, saw no outside spending at all.

Democrats are flipping five seats in the GOP House of Representatives

Votes are still being tabulated, and district clerks have until Friday to tally all healed and foreign and military ballots, but all close races in the Colorado House have been called in Democrats’ favor.

Because of the victories, Democrats will have a supermajority of 46-19, allowing them to override vetoes without Republicans and refer constitutional amendment measures to the ballot. That’s an increase of five seats from their current majority of 41-24 in the chamber.

Here are the five House seats that switched from Republican to Democrat:

One of the most notable seat changes occurred in House District 19 in Erie, where Republican Rep. Dan Woog lost to Democrat Jennifer Parenti in a district that tilts 2 percentage points in favor of the GOP.

Parenti’s win — she gained 3 percentage points Tuesday morning — is ironic because Boulder County Rep. Tracey Bernett changed her address to avoid running against Woog in House District 19, in what was considered a Republican-leaning tossup. Her home in Longmont was moved into District 19 and out of House District 12, which she currently represents.

Bernett changed her address to an apartment in Louisville to run again this year in District 12, which leans heavily in favor of the Democrats. Earlier this month, Boulder County prosecutors charged her with three felonies and two misdemeanors stemming from claims that she never actually moved into the home.

The Colorado Sun asked Bernett last week if she planned to continue serving at the statehouse amid the allegations. She pulled a tiny piece of paper from her wallet and appeared to be reading, “I have a lawyer who will do this for me. Can’t comment.” – before walking away.

In the Senate, Democrats will have a 23-12 advantage, one vote short of a supermajority, after Democrats flipped three districts from the GOP.

Democrat Janice Marchman, a former school board member, beat Republican Sen. Rob Woodward from Loveland in Senate District 15, which stretches from Loveland through western Boulder and Larimer counties, including the cities of Estes Park, Nederland, Lyons and Eldorado Springs. She won by nearly 1,000 votes Tuesday morning in the district deemed total manslaughter — with neither party having an advantage ahead of Election Day.

Democratic Rep. Dylan Roberts beat former Eagle City Councilman Matt Solomon in Senate District 8 in northwestern Colorado, who is currently represented by Republican Senator Bob Rankin. Rankin was inducted into District 5 as part of the reelection process, but will not stand for re-election until 2024.

The Marchman-Woodward and Roberts-Solomon races were considered two of seven state Senate competitions that year. Democrats needed to win two to keep their majority – which is currently 21-14 – in the chamber. Instead, the Democrats won all seven.

Another district the Democrats won on Election Day was District 11 in Colorado Springs. It is currently represented by Democratic Senator Pete Lee, who did not seek re-election. State Representative Tony Exum won in the district on November 8, beating Republican Sen. Dennis Hisey, who moved to the district after being unable to run in his old district – District 2 – because of a new districting.

Democratic Sen. Faith Winter won Nov. 8 in Colorado’s 25th Senate District, which was redraw during the reelection process and focuses on Broomfield, Westminster and Northglenn. She currently represents District 24. Currently, District 25 is represented by Senator Kevin Priola, a Henderson Democrat who recently changed his party affiliation from Republicans and gave the Democrats an additional seat in the chamber.

Priola was moved to District 13 during the redistricting process. The GOP-leaning seat is up for grabs in 2024 as Priola is time-limited.