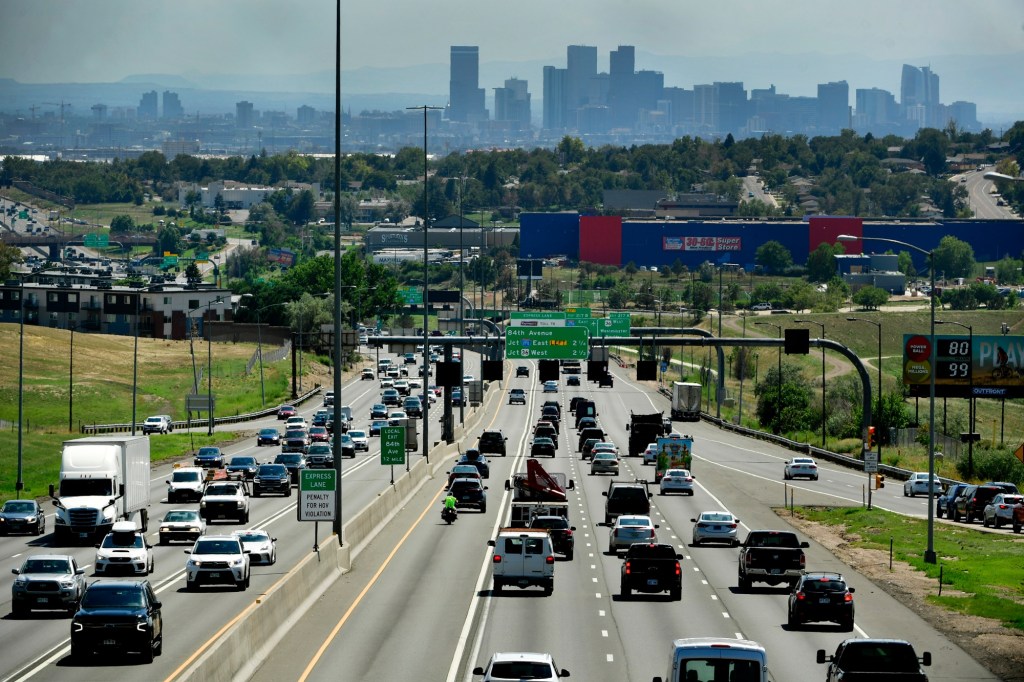 Colorado’s transportation leaders have pulled the plug on an unsolicited proposal aimed at expediting construction of toll express lanes on Interstate 25 and filling a roughly 23-mile gap north of the Denver suburbs.

Roadis USA, a division of a Spanish toll road operator, led a team called I-25 Now that pitched its public-private partnership idea to the Colorado Department of Transportation in early 2021. While CDOT has expanded I-25 in the northern Denver metro area and projects are underway near Fort Collins, it has struggled to raise the hundreds of millions of dollars for the final segments in between.

The Roadis team said it could take care of them — and much sooner.

CDOT, which is slated to receive an infusion of state and federal funds for its projects, recently added further work on the I-25 North corridor to its own priority project plan when evaluating the alternative offered by Roadis. But northern Colorado business groups and politicians who support those projects — many of whom support moving forward with the Roadis proposal — blasted Wednesday’s impending decision to shelve the outdoor plaza, saying progress has been too slow .

“What I think is happening here is another smoke screen,” Senator Barbara Kirkmeyer said before the board of directors of a CDOT entity received a behind-closed-door briefing. She was previously a Weld County commissioner and lost a close race for Congress this month.

“This bottleneck is a safety issue,” Kirkmeyer said of an I-25 segment. “There are always crashes.”

State Assemblyman Kyle Mullica, a Northglenn Democrat, reiterated some of her points.

“My question is, really, what’s the plan?” he said. “If it can’t be done through the P3” – acronym for public-private partnership – “then how will CDOT do it?”

“The CTIO Board just heard from the I-25 Now Evaluation Panel that after careful consideration, we will not be pursuing the unsolicited I-25 Now proposal,” Stuart said of the executive meeting. The Board did not take a formal vote.

If the name Roadis USA sounds familiar, that’s because the company is eyeing other big partnerships locally. For years it has attempted to lease and manage the E-470, the 47-mile toll road that encircles most of Metro Denver, but has so far been unsuccessful.

Roadis’ I-25 Now team proposed a project worth around US$1 billion with upfront investments of US$350-500 million, according to an initial conceptual presentation. It aimed to complete the remaining Express Lane projects — between the Northwest Parkway and Colorado 56 — and would have addressed safety improvements on an existing Express Lanes section in the northern suburbs, an accident-prone section affecting Mullica . It would also operate and maintain the entire corridor from US 36 to Fort Collins.

A decision by the CTIO Board to proceed to the next phase of consideration would have resulted in a call for competing proposals.

But CDOT leaders have publicly hesitated to accept the Roadis proposal, arguing that they are working to find other ways to pay for the remaining sections. Stuart underscored that intent, saying, “CDOT has clearly identified an ongoing plan for multiple projects on I-25 North utilizing funds from Colorado’s bipartisan infrastructure package, federal funds and toll revenues.”

In a September realignment of the state’s 10-year priority transportation project list, CDOT added the expansion of a 7-mile segment of I-25 from Colorado 56 South to Colorado 66 in the coming years. Almost $200 million of the estimated $350 million cost has been pledged, with toll revenues expected to cover the remainder. At Colorado 66, I-25 is currently declining from three lanes to two northbound.

The project list now also includes $110 million for the safety improvements between 84th and 104th Avenues and several I-25 transit hubs.

But a large section without express lanes remains unfunded.

Roadis USA President Michael Cheroutes, in astute comments to the board before its executive meeting, indicated that CDOT executives failed to fulfill the legislative intent behind the creation of the CTIO, formerly known as the High-Performance Transportation Enterprise.

It was founded to find innovative financing solutions for important projects that the state could not otherwise afford. In fact, Cheroutes was the HPTE’s first director, serving from 2010 to 2015. But on Wednesday he found himself on the losing side in one of his decisions.

“I’ve been at this for a while, and I see the writing on the wall,” he said, adding, “Just for your own good and for the good of the transportation system, I hope you take a good look at why you’re here and what.” you should do.”

Stuart later said in her statement that CDOT and CTIO executives strive to deliver projects “in the most efficient and effective manner” and believed they could do so on the north corridor I-25.