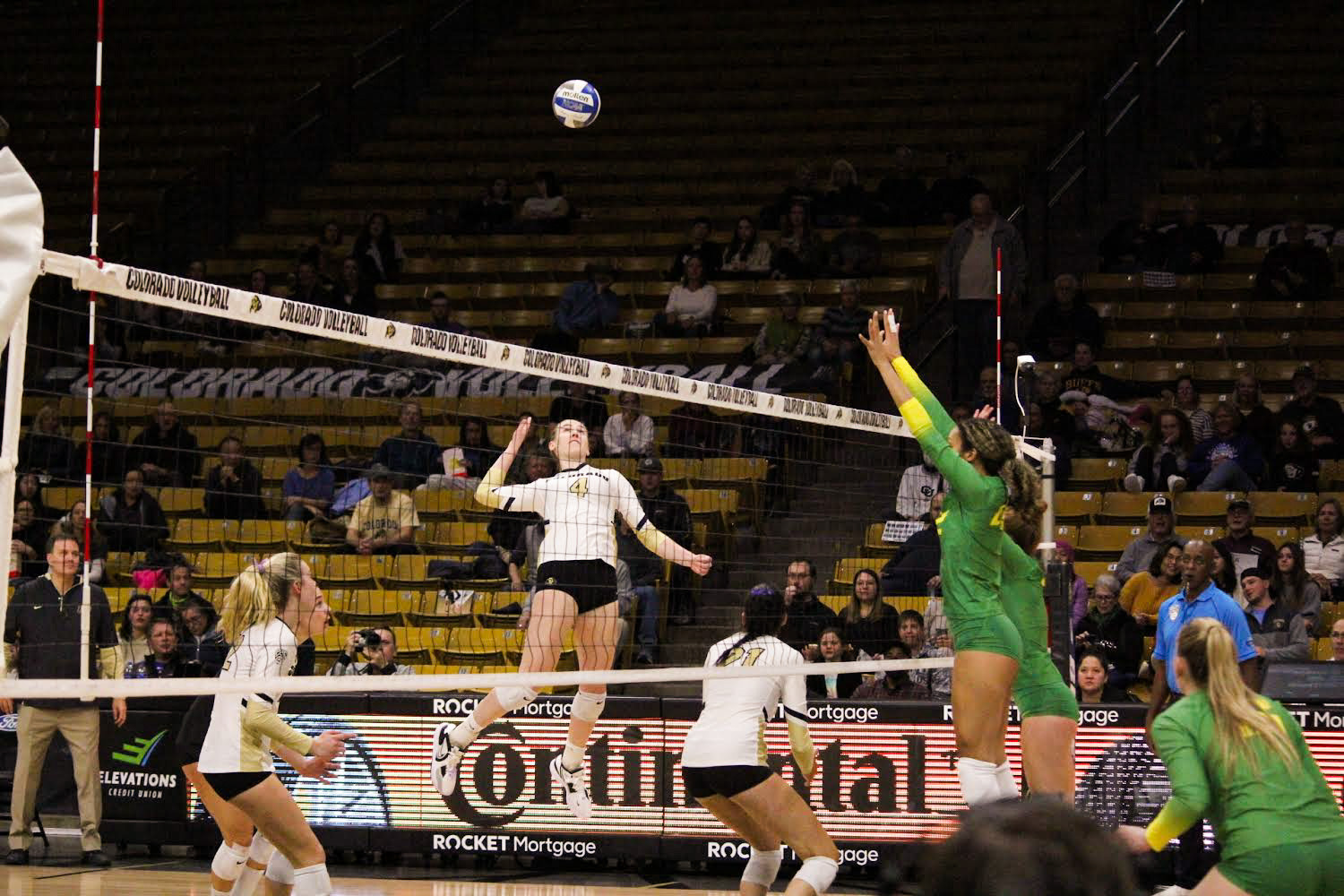 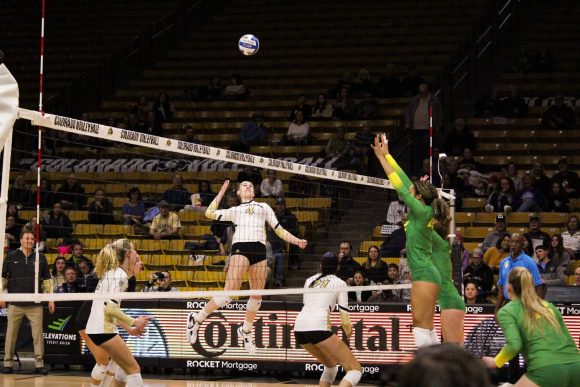 Graduate student Lexi Hadrych hits the ball during the first set in the game against the University of Oregon on Thursday, November 10, 2022. (Lily Wright/CU Independent)

Given Colorado’s previous losses to both Oregon teams in late October, this double rematch at the CU Events Center gave the Buffs a chance to redeem themselves.

For their first game, Colorado faced a disappointing loss to No.14 Oregon. After opening a two-set lead against the second-best record in the Pac-12 conference, the Buffs played well and seemed on track to win. Graduated outside hitter Lexi Hadrych, who was leading with a career-high 22 kills, put on an excellent performance and CU had great blocking. Unfortunately, the following three sets ended in defeat. Oregon swept Colorado backwards and crushed them in the fourth set, with Colorado losing a 10-point lead. In the fifth set, Colorado reclaimed a six-point deficit only to fall behind again. Although Colorado performed well, according to head coach Jesse Mahoney, the final results undermined it.

“I was really proud of what we did tonight,” Mahoney said. “I know we didn’t win, but we played volleyball at a high level. Unfortunately, some of that might go away based on the outcome, but hopefully we can stick with that [the good performances] a little as we go into the last five games of the conference season.”

For their next game two days later, CU maintained that high level of play. Although the Buffaloes previously lost to Oregon State on Oct. 21, this time Colorado came out strong and comfortably swept their opponents.

“I’m happy with the sweep,” Mahoney said. “I’m impressed by our team to bounce back from a devastating loss on Thursday.”

From the start, Colorado appeared poised to win against Oregon State, displaying much better defensive performance and individual performances. Several players stood out, including graduate middle blocker Meegan Hart, who hit a .571 percentage to go next to six blocks, and senior libero Katie Lougeay.

After this win, Colorado’s goal is to finish the regular season solidly and earn a spot in the NCAA tournament.

“This year we’re in a different sport than some other years because we weren’t fighting for the NCAA tournament back then,” Lougeay said. “But now we are and our main focus is to win the games we need to win to make it into the tournament.”