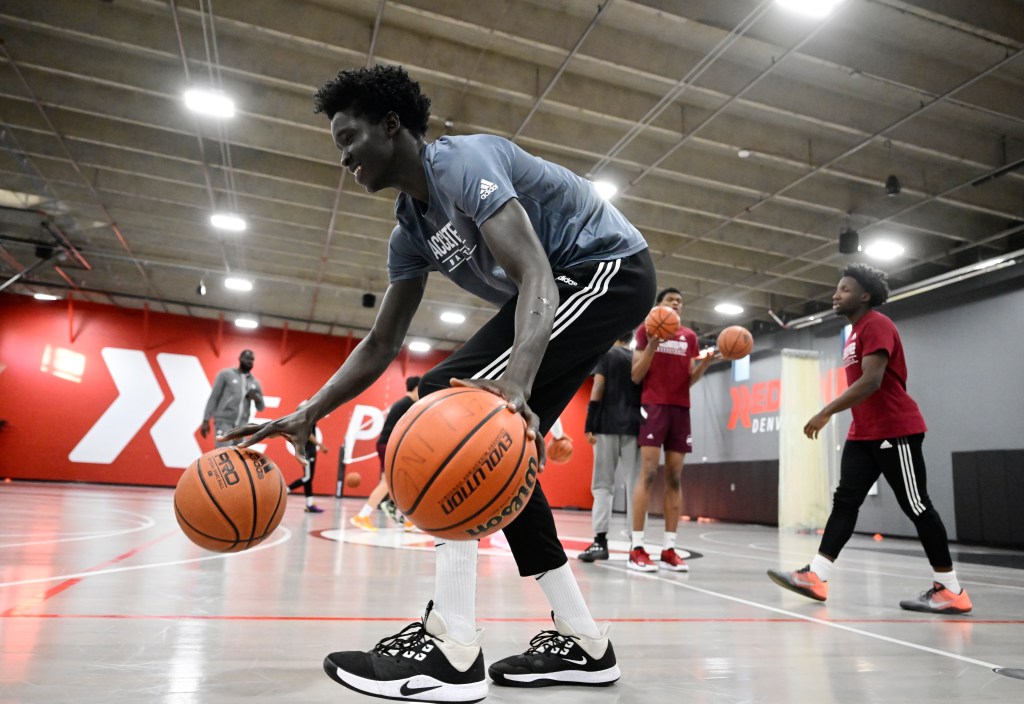 It’s been a busy week for the Colorado men’s basketball team. And it was just opening week.

Since the Buffaloes started the season by beating UC Riverside, fans have celebrated the signing of a top-25 prospect in Cody Williams, suffered an ugly loss and watched a dramatic lineup shake lead to a big away win. Oh, and CU’s KJ Simpson won the season’s first Pac-12 Player of the Week award.

The headlines came on Tuesday.

The Buffs added to the excitement they had built on the recruiting path by securing the signing of Denver big man Assane Diop, who announced his decision Tuesday afternoon during a news conference in Lakewood. The addition of Diop also left head coach Tad Boyle, now in his 13th season with CU, in a unique position in terms of building his roster.

The 6-foot-10 Diop is listed as a three-star contender by 247Sports, but is a four-star contender in 247Sports’ composite rankings. His weight is unclear – 247Sports has listed Diop at 210, while a release broadcast late last week on behalf of his club, Accelerated Prep, lists Diop at 190. Regardless, his dedication contributes to a class of 2023 that should immediately have a major impact at KU.

247Sports ranked Diop as the #2 recruit in Colorado and #132 nationally.

Diop’s signing comes six days after the Buffs landed Williams, brother of 12th pick in this year’s NBA draft, Jalen Williams, and the nation’s No. 21, per 247Sports. The Buffs also landed the 6-foot-5 Courtney Anderson Jr., an athletic Bay Area combo guard whose father is a former NFL tight end.

Diop spent a season with Class 1A Belleview Christian before focusing on the club circuit, first at Denver Prep Academy and then at Accelerated Prep.

The three-player signing is new territory for Boyle, however, as the Buffs have on paper forecast 14 scholarship players for next season, one above the NCAA limit. CU adds a trio with just two players, graduate transfers Jalen Gabbidon and Ethan Wright, who will exhaust their eligibility this year.

Overdrafts are certainly nothing new in college basketball, but it’s a first for Boyle. In order for Williams, Anderson and Diop to all compete for the Buffs next season, at least one underclassman from the current roster must move on.

Boyle could just play the percentages given the proliferation of the transfer portal and even the trend in his own program. Barring 2021, the Buffs have lost at least one underclassman every spring since 2013. They include Jabari Walker (NBA draft) and Keeshawn Barthelemy (Oregon transfer), who left the Buffs last spring.

In spring 2020, Kountz and Jakub Dombek left the program. Before that it was Deleon Brown (academic/transfer) in 2019; Laz Nikolic (return to Serbia) in 2018; Thomas Akyazili (return to Belgium) in 2018; Bryce Peters in 2017; Tre’Shaun Fletcher (moving to Toledo) and Kenan Guzonjic in 2016; Dustin Thomas (transferred to Arkansas) and Jaron Hopkins (transferred to Fresno State) in 2015; Spencer Dinwiddie (NBA draft) in 2014; and Jeremy Adams (transfer to Grand Canyon) and Andre Roberson (NBA draft) in 2013.