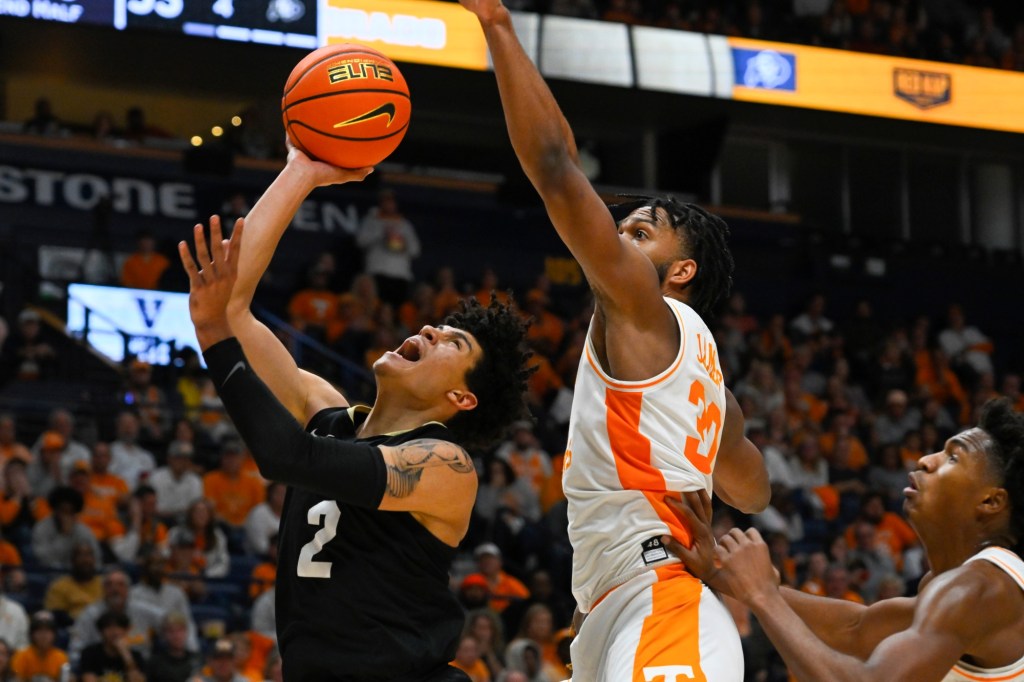 In just a few hours on Sunday, KJ Simpson was ripped off the starting line-up and delivered a major surprise win with a career effort.

Colorado’s loss to No. 11 Tennessee was easily the biggest win of the young season for Pac-12 basketball. And on Monday, Simpson was honored accordingly.

Simpson received the season’s first Pac-12 Player of the Week award after scoring the first double-double of his career against the Volunteers. When head coach Tad Boyle was relegated to a bench roll less than 48 hours earlier after a tough loss at Grambling State, Simpson responded with great success against the Volunteers, setting two new career bests on points and 10 rebounds with 23.

“And the way he bounced back. The (23) points, he will surely have other nights like this one. But the 10 rebounds were fantastic.”

Simpson scored 15 of his 23 points after halftime as the Buffs took control, beating the Vols 46-32. Simpson repeatedly scored at critical points.

The 6-foot-2 keeper batted down his first 3-point attempt after coming off the bench and hit another clutch attempt from within NBA range at halftime, converting a five-point deficit into a two- points lead for Tennessee was converted at the break . The Buffs took control just after halftime with an 8-0 run and later a 9-0 run. Simpson played a key role in both series.

He opened the 8-0 run with a floater in the lane and helped cap it with an assist on a 3-pointer from Julian Hammond III. The 9-0 run, which turned a five-point CU lead into a 14-point lead with less than five minutes left, began with two floating buckets from Simpson. He also finished with three assists and went 7-for-9 at the free throw line, including 5-for-6 in the last 1 minute and 49 seconds.

Simpson’s week also included a 14-point game in the opener against UC Riverside and 16 points in Grambling. Prior to Sunday, Simpson had scored 19 points at Cal last year. His previous rebound high was an eight against New Mexico in the second game of his freshman season.

For Simpson and the Buffs, Sunday’s effort will likely provide a confidence boost when the team travels to South Carolina where they open Thursday’s Myrtle Beach Invitational against UMass (11:30 a.m. MT, ESPNU).

“Definitely going to Myrtle Beach with a lot of drive and a lot of energy,” Simpson said. “But the thing is, we can’t just go into this (Tennessee) win and be proud of that win. It’s a great win against a great team, but there’s a lot more games to play, there’s a lot of the season to play. We need to go to Myrtle Beach and compete against strong teams. We need to keep our mindset to sustain that energy.”

After losing to the Buffs on neutral ground that was essentially a home game in Tennessee, the Vols fell from 11th to 22nd in the latest AP Top 25 released Monday. The Buffs received 11 points in the poll and unofficially came in 37th as the 12th team among others to receive votes. Grambling picked up four points in the poll thanks to his win over CU.