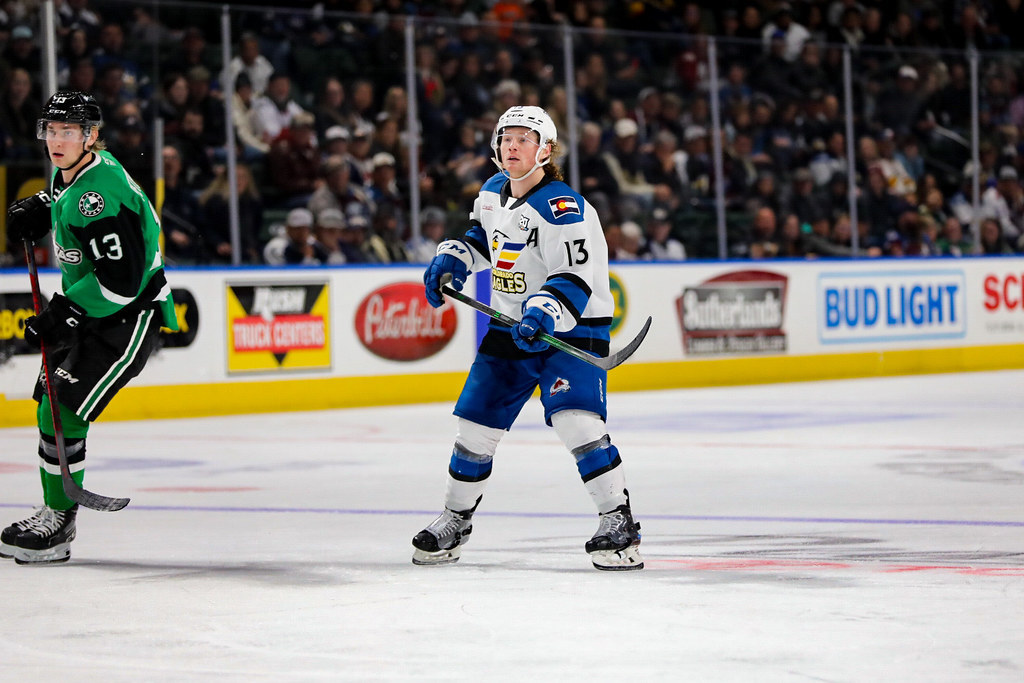 The highlights of the last week

• Colorado goaltender Jonas Johansson made 28 saves from 29 shots to secure his fourth straight start at the net as the Eagles defeated the San Jose Barracuda 3-1 on Sunday. Forwards Ben Tardif, Charles Hudon and Anton Blidh both scored in victory as Colorado picked up three points from a possible four in the team’s two-game set in San Jose.

• Four different Colorado players found the net while goaltender Justus Annunen made 34 saves from 37 shots as the Eagles beat the Bakersfield Condors 4-3 on Tuesday. The win ended a three-game road trip for Colorado that saw the Eagles collect five points out of a possible six, giving the team 17 points for the year, good for first place in the Pacific Division.

Jonas Johansson, Brad Hunt, Ryan Wagner. Johansson continued an impressive streak of play last week, scoring two wins while stopping 56 of 58 shots on target (0.966 percent). Hunt added a goal (no fewer than a game winner) and two assists to keep up with the top-scoring defenders in the AHL, not to mention a plus-3 plus/minus rating in four games. Wagner had three assists between Saturday’s and Tuesday’s wins.

• Up: Forward Shane Bowers was called up by the Eagles on November 10 to Avalanche.

• Up: Forward Jayson Megna was called back to Avalanche by the Eagles on Nov. 12.

• Up: Defenseman Nate Clurman was called back to the Eagles by Utah (ECHL) on Nov. 12.

• Up: Forward Anton Blid was called back to Avalanche by the Eagles on November 15.

• Up: Forward Sampo Ranta is transferred from Avalanche to the Eagles on November 15.