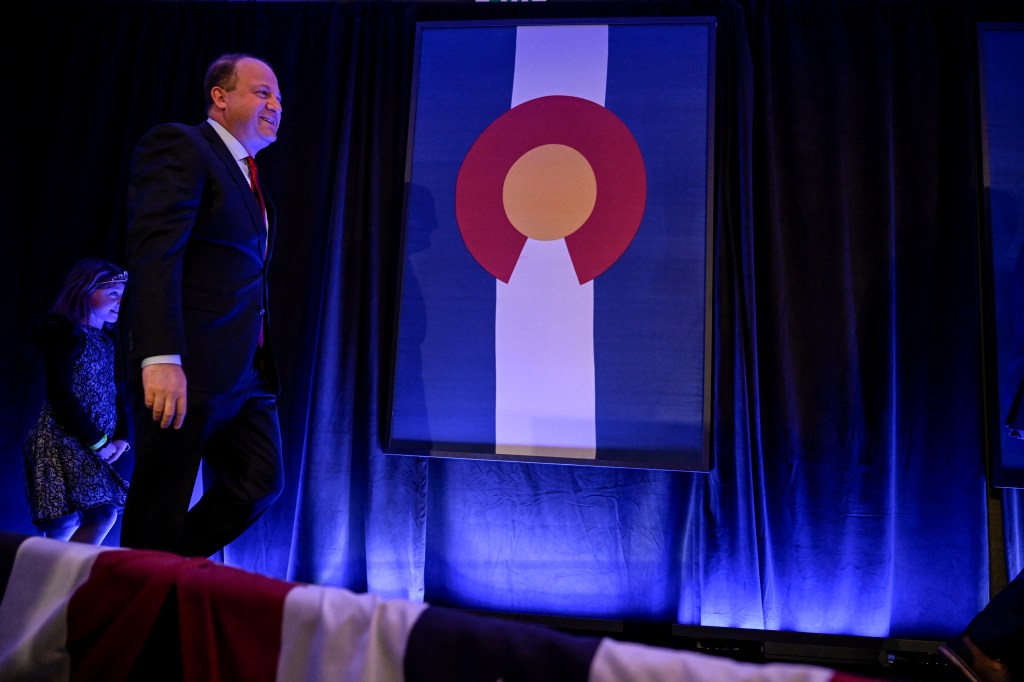 At their first meeting as caucus, Colorado’s new Senate Democrats faced a problem: the largest Senate committee room did not have enough pedestal space for all of their members.

Democrats in the state House of Representatives would face the same problem hours later Thursday. Rather than a predicted red wave lapping at the fringes of Democrat control of the Colorado government, last week’s election boosted the party’s standing and positioned it to hold what Senate President Steve Fenberg called a “generational majority.”

“It’s pretty cool for Democrats that the biggest problem is that there aren’t enough chairs in the main committee room in the building,” said outgoing Speaker Alec Garnett.

But these new Democratic majorities come at a weak economic moment, with a tighter budget and known cost of living and affordability issues. Democratic officials have spent the past few months focusing on defending the gains of the past decade. Now they have to decide how to use them.

As they elected their Senate and House leaders on Thursday, Democrats frequently invoked a family metaphor: They can be big, they can love each other, and they can fight occasionally — without tearing the family apart.

“I grew up in a family of nine kids, and we had one bathroom,” said Sen. Rachel Zenzinger, the chair of the powerful joint budget committee. “Even though we all loved each other dearly, things can get tense. And I would say that’s probably the future we’re looking at.”

The budget appears to be an immediate pressure point for a faction keen to deliver on campaign promises. Gov. Jared Polis warned in early November that this may not be a good year for new programs as inflation eats away at purchasing power and economists warn of a possible recession.

“This is back to sort of normal Colorado,” Polis said as he presented his budget proposal to lawmakers on Tuesday. “There is not much money for new programs. Yes, we can fund education heavily, but we want to preserve it. That will be a challenge.”

Newly-elected House Speaker Julie McCluskie said lawmakers have yet to address many important issues, from housing affordability to the cost of living, but lawmakers are “heading for a very different tax environment than it has in recent years.” ‘ as federal funds from the pandemic era flooded the state budget.

Polis warned lawmakers in early November that its proposed budget doesn’t leave much room for new programs. Senator Jeff Bridges noted that the Legislature, not Polis, will ultimately write and pass the budget. But the chamber shouldn’t expect a gold mine.

“JBC members will advance from Santa to Grinch,” Bridges said.

State Rep. Monica Duran, the newly elected Majority Leader of the House of Representatives — where Democrats hold 46 of the chamber’s 65 seats — acknowledged there will be work to ensure members meet their individual goals and those of the caucus as a whole . Some of those goals are still being worked out, she said, noting that there are 46 votes at her caucus table.

“We want to make sure we’re well organized, ready to figure out what our direction is going to be, what our passions are, what’s the work we want to do,” Duran said.

“We will be aggressive on this agenda.” Democrats are trying to prioritize

Towards the end of the last term, House Republicans found influence over certain Democrat priorities as major bills ran counter to the constitutionally mandated end of the session. They launched filibusters to force—or essentially kill—changes to bills they didn’t like.

Some House Republicans, with less than a third of the seats in the chamber, have already likened their position to the legend of the doomed Spartans facing an overwhelming enemy – including the renewed use of the calendar. Rep. Richard Holtorf, the Republicans’ new hitter, vowed to force Democrats to the point of exhaustion this session.

But Duran has looked at the size of their caucus and sees Coloradans articulating their expectations for Democrats to deliver on their priorities.

“[Voters]want us to really uphold our values,” Duran said, naming support for working families, public education and gun safety, among other things. “That’s that expectation and that’s what they want. And they spoke loud and clear.”

Fenberg, returning as Senate president with a stronger majority around him, characterized the win as voters “rewarding us for being competent leaders and for taking responsibility.”

Funding will be a natural sticking point for some programs, he said, but voters also delivered majorities to Democrats with promises they would address things like childcare affordability, education and health care, crime and air quality. And “we will certainly be aggressive on this agenda,” he said.

“Being in the majority means you have to govern, and if you govern, that means you solve problems,” Fenberg said, stressing that he hopes to do so with his Republican peers. “We don’t have the luxury of dropping bombs on the other side.”