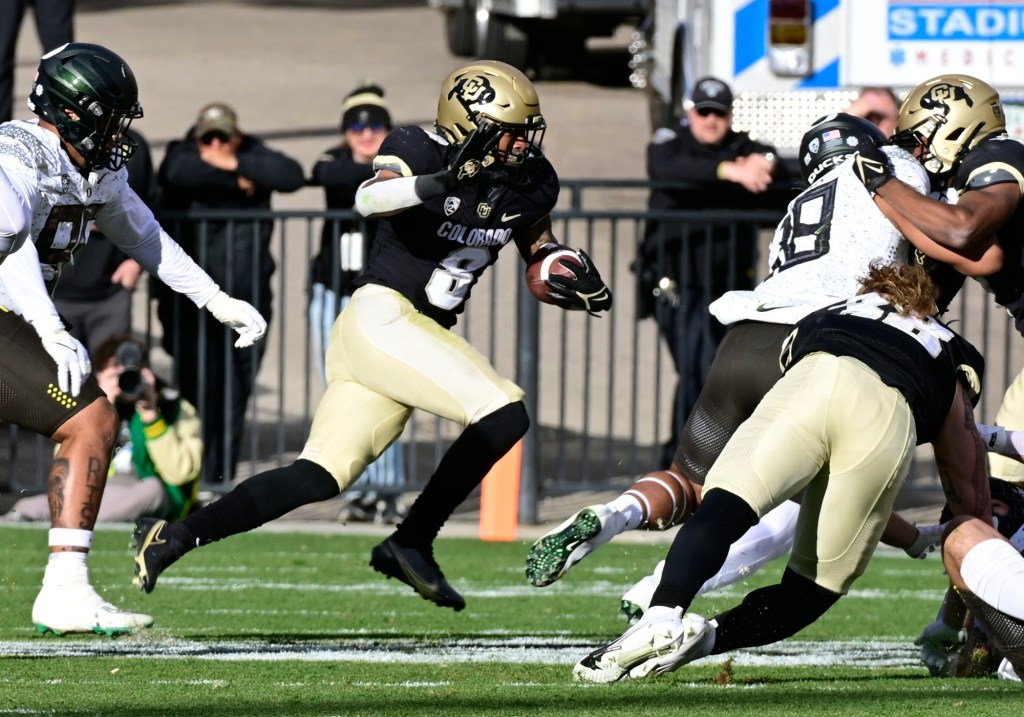 Deion Smith wore a big smile as he boarded the elevator at the Champions Center on Tuesday.

This certainly hasn’t been an easy season for the Buffs, but one of the positive things to emerge over the past few weeks is run game production, and it’s not just Smith.

CU’s offensive line has consolidated enough that several different running backs, including Smith and senior Alex Fontenot, have stood out.

CU hasn’t released staggering totals, but that’s partly because the games don’t allow it. The Buffs have routinely struggled by more than 20 points adrift this season, and they’ve been blown out over the past two weeks. That has forced them to try and throw the ball to get back into the games.

“Sometimes it was kind of our season,” Sanford said after Friday’s 55-17 loss to USC. “You want to continue playing football, you want to continue playing to your strengths. But sometimes, when you’re two or three points behind, you also have to be able to build in an explosive passing game. … It’s a challenge because I think overall we’ve done a good job of managing football.”

Smith finished with 111 yards — his first 100-yard game of his career — in a 42-34 loss to Arizona State on Oct. 29. He was then injured in the first series against Oregon the next week.

However, Fontenot has closed the gap. He rushed for 108 yards at USC and posted his first 100-yard game in almost three years.

Since returning from his injury two weeks ago, Fontenot has averaged 5.5 yards per carry (149 yards on 27 carries). Freshman Anthony Hankerson has also done well over the past two weeks with 75 yards on 16 carries (4.7 per carry).

Smith is averaging 5.1 yards for the season while Fontenot is at 5.0 and Hankerson is at 4.0.

“Most of the time I have no idea who’s behind us until they’re over,” Brown said. “So it’s cool; They all have their own unique running style and I think they bring positive aspects to their style. Either way, I know we’ll be fine with that back that’s back there.

Meeting the Huskies at No. 15 will be another big challenge for the Buffs, but they’re hoping to lean on their talented backs to get the running game going and make it a big factor.

While Smith leads the team with 381 rushing yards, Fontenot has come off his best game since 2019 and looked like a star against the Trojans.

“Alex is an incredible running back and I think the offensive line is just trying to do our job every game,” Brown said. “It doesn’t work out every time, but most of the time we’re doing our job and things are going well, so we just keep going.”

With healthy Fontenot, Hankerson and Smith, and powerback Jayle Stacks, the buffs in the backfield are as healthy as they have been all season. They also have a walk-on Charlie Offerdahl who had solid production early in the season.

“There’s a little trend for us: The offensive line is playing better, the running back position is getting healthier,” Sanford said. “I think that’s a positive sign for us. We know these last two games will be really tough games but also very physical games.