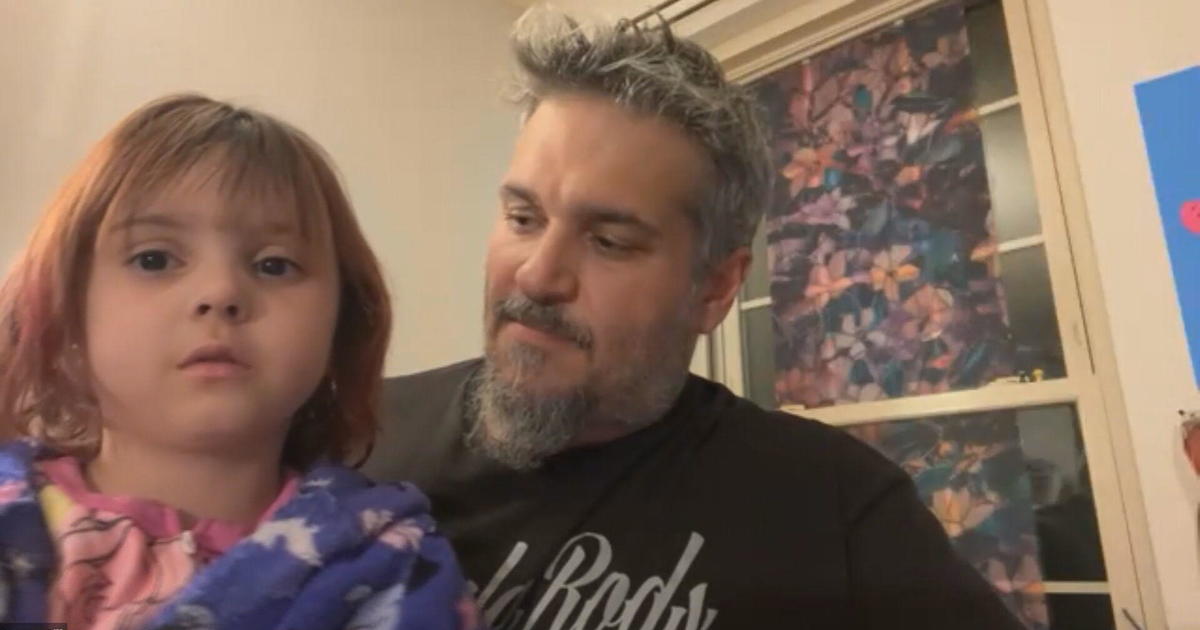 Larry Gill is happy to have his daughter home. “It was hard to keep her up. She wanted to lie down. She whimpered.” Five-year-old Feyona contracted RSV. Her complexion was gray and her fever high. She had trouble breathing. She was a very sick little girl last week.

“I had asthma as a kid, so it struck me that I like not breathing but seeing her where she literally couldn’t breathe,” Gil said. “They had to give her six liters of oxygen when she left the doctor’s appointment in the ambulance.”

This ambulance took her to Sky Ridge Medical Center. It had taken the doctor several phone calls to find out which hospital she could be admitted to. Children’s Hospital Colorado had to wait 24 hours at the time, but she couldn’t.

“It’s one thing to hear and see things, you know, on the news, on TV, on the radio. But it’s true,” Gil said. “I know everyone says, ‘I never thought it would be here,’ but actually seeing your child, dying, is not something I wish on anyone.”

Colorado has seen a sharp rise in RSV cases. On Wednesday night, the Colorado Department of Public Health and Environment issued a statement asking for a return to more respiratory protection for childcare facilities. These include a suggestion that everyone in childcare facilities consider masks for everyone over the age of two. Feyona’s case was one of the cases involving older children.

Typically, 95% of severe RSV cases occur in children under the age of five. But this season it’s hitting some who are older too. The virus can even affect adults, but cases requiring adult hospitalization are very rare. But hospitals are filling up with RSV cases. Add that to the flu cases when the flu hits. And COVID cases have picked up again in Colorado in recent weeks. Colorado moved to the CDC’s “intermediate level of transmission” last week as cases rose. All three together threaten the healthcare system’s ability to deal with it and have led to the coining of a new term – “triple disease”.

“It’s a bit of a silly word, but I think it’s one of the best ways we can describe a lot of what we’re seeing right now with respiratory disease in Colorado and much of the country,” said Denver manager Tori Burket Public Health and Environment Epidemiology and Disease Intervention Program.

Health experts believe that the rise in RSV could be due to the pandemic, during which there was little spread and therefore little immunity gain. “We had taken a lot of measures to protect people from COVID, so distancing, masking, washing hands, all those things so we have young kids who haven’t been exposed to RSV in the last three years,” Burket said.

RSV is still most severe in children younger than 6 months. This is also the group not eligible for the COVID or flu vaccines. “Children under six months are eligible for a flu or COVID vaccine. But children over six months are. So what we’re really trying to do is push vaccination to reduce overall respiratory disease and also potentially reduce the risk of co-infections,” Burket said. “Because what we don’t want is kids fighting blue and COVID or RSV. And at the same time against the flu.”

Feyona is improving and hopes to go back to kindergarten. “She’s doing better for the most part at the moment. She still has some breathing problems. The stairs are pretty tough for them,” said Larry Gill. But he is very grateful for the treatment she got through at Sky Ridge Medical Center. “Personally, she’s a tough nut to crack. She really persevered,” said her father.