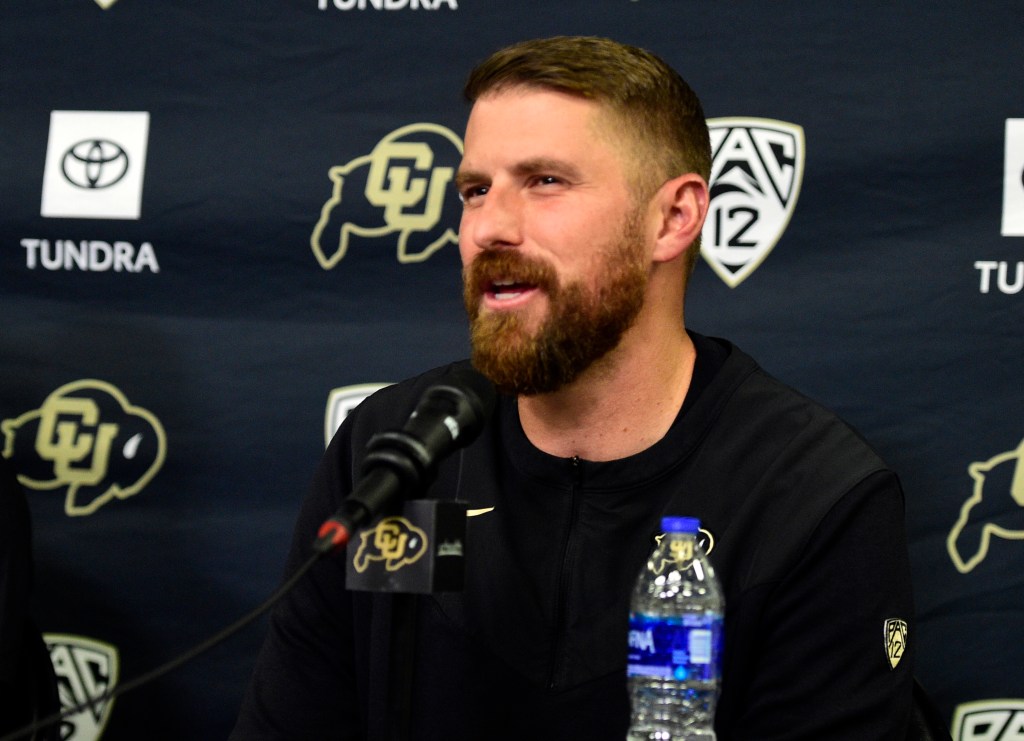 As he prepares his own team for a football game this week, Colorado interim head coach Mike Sanford has the Virginia Cavaliers on his thoughts and prayers.

Opening his weekly news briefing on Tuesday, Sanford said, “Most of all, I wanted to talk about sending our condolences as a program to Charlottesville and to the families, as well as to the football program, the athletic department, and the faculty of the University of Virginia. We had the opportunity to talk about it as a team in our team meeting this morning. Absolutely an atrocity.”

Sanford learned Tuesday that Chandler and CU safety Tyrin Taylor were playing together at William A. Hough High School in Huntersville, NC

“He grew up together and played football with him, and it hits home,” Sanford said. “There’s going to be a lot of stories like this across the country, from people who have actors and connections to what happened at the University of Virginia.”

While most Buffs weren’t personally affected by the Virginia shooting, it was an incident involving their peers, and Sanford said it’s important to speak out as a team.

“We just wanted to create a safe space for our players to talk about things that are going on and to acknowledge that there are many challenges that each of us face,” he said. “There’s no real true solution to everything that’s going on in the world, but I think one thing might not be the solution, but at least I think it can help the people who are entrusted to us a lot because of it.” is about having those conversations and creating a safe space to vent your feelings. It was an interesting time (in the team briefing) because there were players who were emotional for other reasons – whether that brought something from their past and they weren’t directly connected to it.”

For the past six weeks, CU athletic director Rick George has been working to find a permanent head coach. Former head coach Karl Dorrell was fired on October 2, and Sanford was promoted to the interim role.

Very little information has been leaked about the quest, but Sanford said he and George would talk each week about what the Buffs need to move forward.

Freshman receiver Jordyn Tyson, who suffered a season-ending leg injury against Oregon on Nov. 5, tweeted that he had surgery Tuesday. Sanford said he spoke to Tyson on Tuesday morning and “he wasn’t nervous at all”.

“Kind of cool what he told me, he got ZERO money, which was pretty cool,” Sanford said. “That wasn’t the case at all six weeks ago.”

Tyson had started to emerge as the Buffs’ top playmaker on offense before he got injured. He leads CU in catches (22), gaining yards (470) and receiving touchdowns (four) and has had most of that performance in his last three games — along with an 88-yard punt return for a touchdown.

“Like I talked about three, four weeks ago, if it’s a small gift, if it’s a big gift, it matters (to the players),” Sanford said. “There’s still a long way to go, especially for a young man like him who’s hurting. … Those are real life things that these players are going through and just to see him excited about it was cool.”

Sanford announced that receiver Daniel Arias and tight end Brady Russell have both received invitations to play in the NFLPA Collegiate Bowl being played Jan. 28 at the Rose Bowl in Pasadena, Calif. … safety Trevor Woods, who played the game on last Friday against USC was back in training on Tuesday and is expected to play in Washington.