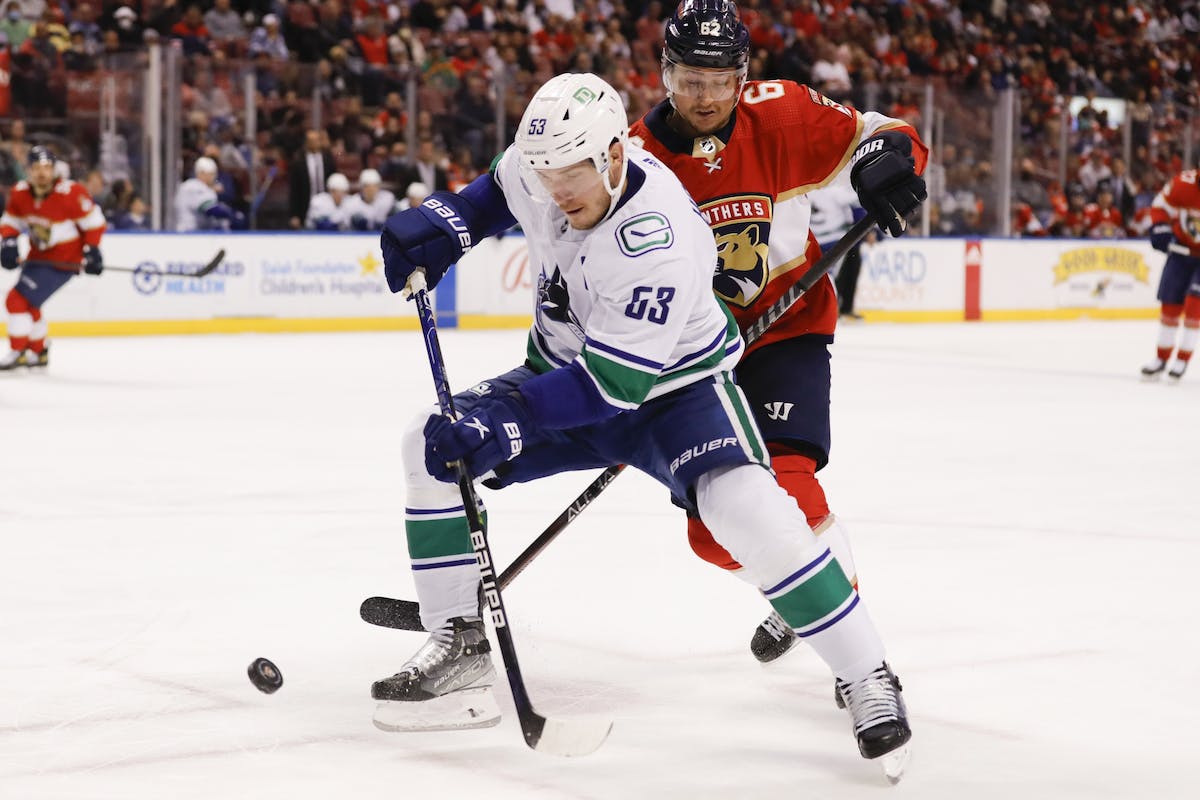 Welcome back to the second part of this miniseries! Yesterday we analyzed the Colorado Avalanche and Flordia Panthers conversions, and now it’s time to see how the Canucks can copy their approach. If you haven’t read the first part yet and want to do so, click here.

Let’s start with some trades.

This will be the biggest gut punch for fans, but it’s something that absolutely needs to happen.

The Canucks had a unique opportunity last year when JT Miller could have been treated, but they mishandled that situation by re-signing him. The same mistake must not happen again and with the way Horvat scored the team will be able to get a huge package in return.

When done right, a Horvat trade can be Vancouver’s version of the Matt Duchene deal that was crucial to Colorado’s rebuild, although no one should expect a top-five pick in return. Still, Horvat should be able to bring the Canucks several high-draft picks or promising young players in return, and he’s the only realistic trade chip on the team that can generate such a return.

The alternative option of re-signing him would be inexcusable – just look at how people already view the Miller contract. Horvat won’t get the same level of scrutiny when he’s brought back due to their different styles and personalities, but make no mistake: an eight-year deal that’ll net Horvat $8 million or more, and that’s what he’ll command this one Rate could age just as badly as Miller’s contract.

Horvat’s signing would also keep the Canucks on their current treadmill of mediocrity and add another onerous contract to their cap sheet. For example, it’s unlikely Colorado would be the current champion if they never dealt Duchene (and no, the What If? series isn’t being brought back even though it won extremely positive reviews).

The Canucks already missed a golden opportunity to preserve future assets last year by not trading Miller, and they can’t make the same mistake again. It would be irrational to criticize Miller’s contract and want Horvat brought back to a similarly questionable deal.

You can’t have your cake and eat it too.

Welcome to the Canucks experience, where trade talks continue to follow players even after they’ve been re-signed for a long-term renewal.

In a vacuum, Miller’s contract has decent value and he probably could have commanded more in the open market. However, his deal only makes sense with a team that will be competing in the next few years (like Gabriel Landeskog’s contract with Colorado), as the back end of the contract is likely to age poorly.

However, the biggest problem with Miller’s deal right now isn’t its length or value, but rather its structure. He has a full no-movement clause that takes effect next year, so trading him before then is absolutely vital for the Canucks. Failure to do so could leave the team with two deals (along with OELs) that have negative long-term value, making it even harder to engineer a competitor.

At this point, Miller won’t have the same return as last year, but it still has positive value. That might just result in some mid-round picks, but the real value in a potential deal would be the cap space gained. Not only do the Canucks have more flexibility, but they also replenish draft capital that can be used elsewhere.

Aside from Miller, the Canucks have a plethora of other wingers who should also be on the block, like Brock Boeser, Ilya Mikheyev and Conor Garland. All three have signed deals that are likely to be neutral in value and any return will seem underwhelming considering the winger market is at an all-time low.

As with Miller, the value in these trades is not just the tangible return, but rather the cap space that is created. With that in mind, Boeser will probably be the hardest move since he gets paid the most, so one (or better both) of Mikheyev or Garland should be dealt instead.

Andrei Kuzmenko’s omission is probably noticeable, and there’s a reason he’s not included here. Yes, he’s the only UFA here, but Kuzmenko’s limited NHL experience presents a unique opportunity for the Canucks. At 26, he’s unlikely to improve much, but his performance could improve in future seasons simply because he’s more comfortable playing in North America.

Unless Kuzmenko’s request is outrageous, the Canucks should seriously consider rolling the dice and signing him to a fixed-term contract that could become a home run deal if his production ramps up. Even if Kuzmenko does plateau, the team’s cap list shouldn’t be hit too hard — assuming Miller and other wingers get dealt.

If the Canucks manage to create some cap space, the best way to capitalize on that is by signing cheap, high-potential players. Florida mastered that approach by adding both Carter Verhaeghe and Anthony Duclair in 2020 for a combined 2020 AAV of $2.7 million, and they have 68 points in 86 games this season.

Obviously not every one of these players is going to score, but the point of making space is to have the ability to take as many shots as possible. Plenty of high potential players come onto the market to sign cheaply every off-season and we highlighted a few names last summer.

Looking back on that list, both Micheal Bunting and Frederick Gaudreau have emerged as key contributors to the middle six, currently signed for a combined AAV of $2.195 million. Any of these guys could replace 80% of the production of Boeser, Mikheyev, or Garland at a fraction of the cost, and they could be buried in the minors if it doesn’t work out.

Making a cheap player make sense is the NHL’s version of found money, and the Canucks need to take full advantage of that.

Another lesson the Canucks can learn from Florida is that it’s possible to struggle as a team with a onerous contract. The Panthers have become a powerhouse even with Sergei Bobrovsky’s $10 million anchor pushing them down, allowing the Canucks to afford to be patient even with OEL.

That being said, this strategy only works if the team has done it one bad contract and not multiple. Because of this, it’s imperative that both Horvat and Miller are treated as keeping those teams might stop this team from fighting down the line.

Holding OEL also means the Canucks can keep their entire fortune rather than adding sweeteners in one trade. The way it’s currently set up, this team needs to replenish their closets rather than give away value, and they should only consider trading it if they’re actually able to fight.

And hey, OEL still has value to the Canucks. There is certainly no better tank commander in the league than him right now.

Pettersson, Hughes and Demko have long been considered untouchable by the Canucks.

It’s about time that changed.

The whole point of modeling a rebuild after the Avs and Panthers is to keep the Canucks’ best young players and struggle in 4-5 years, which is about as long as these teams became relevant.

Sure, the Canucks can always re-sign him, but as the Avs have shown, having a Vezina-level goaltender isn’t necessary to win. By then, Demko will also likely be looking for a hefty raise, and recent history has shown that it’s never a good thing when goalies take up a large chunk of Cap space (just ask Florida).

In fact, Tampa Bay is the only club to have won with a goaltender on a sizable contract, and as good as Demko is, no one would confuse him with Andrei Vasilevsky.

We’re not advocating Demko being treated tomorrow, but the Canucks should at least be taking calls. Any offer would likely be lowball with the way he’s currently playing, but working with teams early on could increase the likelihood of a better deal in the future once Demko has redeemed his value.

It’s also worth noting that Demko will turn 27 next month and will be in his 30s when the contract ends. For that reason, the Canucks should only focus on building around the Pettersson and Hughes timelines, as they are the only significant players who will still be in their prime as this team becomes relevant over the next half decade.

The Panthers managed to turn it around while keeping Barkov and Ekblad, and the Avs did the same with MacKinnon and Landeskog.

If done right, the Canucks can do the same with Pettersson and Hughes.