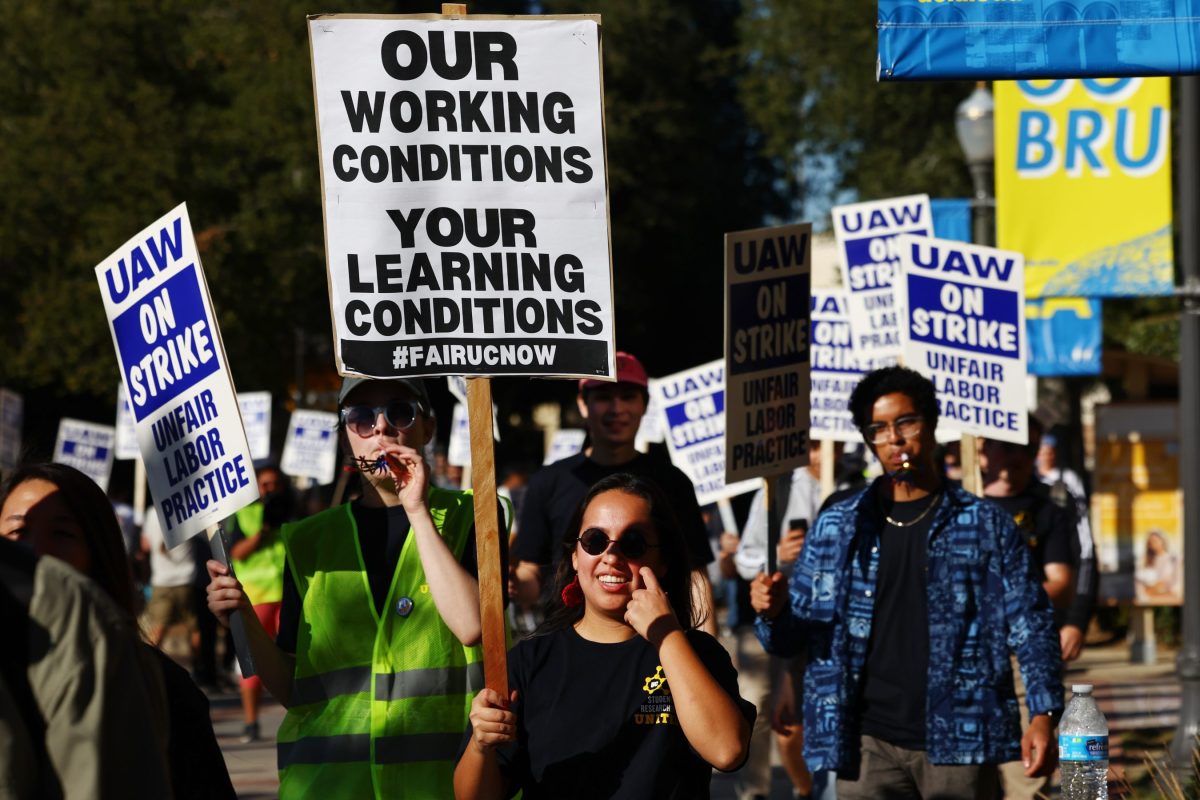 On a normal weekday, Stephanie Redmond was working in a neuroscience lab at the University of California, San Francisco, trying to figure out what specific brain cells are doing — but “that’s one of the questions that’s on hold right now,” she said.

Redmond is one of the 48,000 academic staff in the University of California system who went on strike this week. Teaching assistants, tutors and researchers did not show up for work in what organizers are calling the largest strike in the history of the country’s higher education. Workers say they are not paid enough to live in the expensive areas where their schools are located. Their demands include higher wages, childcare subsidies and free public transport tickets.

Redmond notes that the starting salary for postdocs like hers at UCSF is around $56,000.

But in San Francisco, the average rent for a one-bedroom apartment is over $3,000 a month.

The cost of childcare can be just as high. When Redmond had a baby, her family moved to a town 90 minutes from the school.

Organizers say academic staff is an essential part of the UC system.

“Most of our teaching and research is at the University of California. We grade assignments, we teach classes, we teach sections, teach labs,” said Neal Sweeney, president of UAW Local 5810, the union organizing the UC strike, and a neuroscience researcher.

The University of California said it is working to minimize the impact of the strike on students and its proposed wages are at the top of the pay scale compared to other public universities.

But across the country, these wages are relatively low.

Dom Bouavichith was a graduate student who worked at the University of Michigan for six years and is now a staff organizer for GEO 3550, a union that represents graduate students at the school.

“There’s a big misconception that they’re not workers because they’re students,” Bouavichith said. “People really look at graduate students as esoteric people who — the joy of learning is what drives them, not some kind of career path.”

One reason college graduates are poorly paid without tenure is that public colleges receive less government funding than they used to, says William A. Herbert, who studies collective bargaining among college graduates at Hunter College in New York.

“As a result, there’s been a push of trying to find ways to essentially save money,” he said.

Rutgers economist Paula Voos said many academic staff have traditionally accepted lower salaries in order to get a chance to become professors. But this compromise no longer takes place in the same way.

“When things go well, it’s kind of a lesson. It’s not working well in many disciplines at the moment,” said Voos.

That’s partly because there are far fewer of these roles to apply for. Today, less than half of all faculty positions in the US are on tenure track, according to the American Association of University Professors.

There’s a lot happening in the world. For everything, Marketplace is there for you.

They rely on Marketplace to break down world events and tell you how they affect you in a fact-based and accessible way. In order to continue to make this possible, we depend on your financial support.

Your donation today supports the independent journalism you rely on. For just $5/month you can help keep Marketplace alive so we can keep reporting on the things you care about.