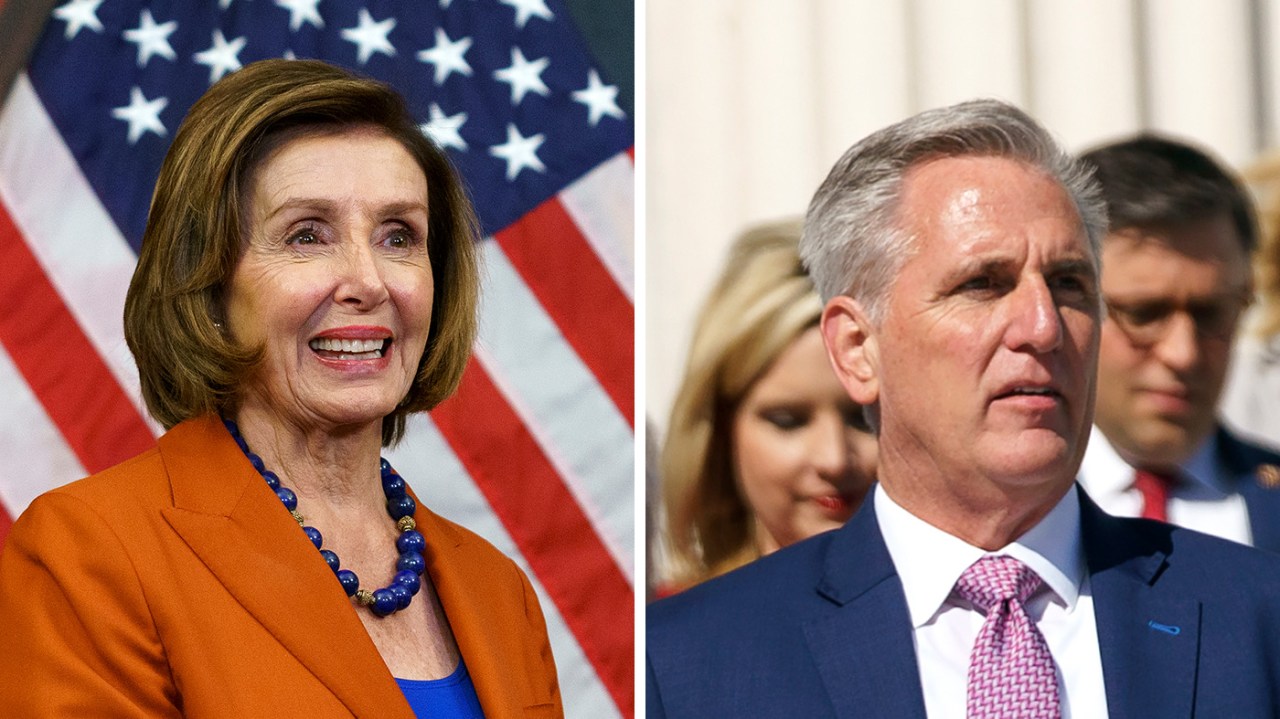 Nearly a week after Election Day, control of the House of Representatives remains uncertain.

Republicans are favored to win the lower house with 20 seats remaining, but Democrats still have a fighting chance in the race for the requisite 218 seats.

As of Sunday afternoon, The Associated Press forecast Republicans to win 211 seats and Democrats to win 204 seats.

That means Republicans need just seven more seats to win a majority out of the remaining 20 contests, while Democrats need to reach 14.

For Democrats to achieve that goal, they must win all of the races they currently lead and a few others where Republicans have a slight advantage.

Just over half of the tie races take place in California, where all active voters receive absentee ballots, resulting in a sluggish tabulation process. Arizona, Colorado, Oregon each have two unnamed breeds, while Alaska, Maine, and New York each have one.

Here’s what Democrats would need to do to win a majority in the House of Representatives:

Alaska overall: With just over 80 percent of the votes tallied in the Alaskan ladder ballot, Rep. Mary Sattler Peltola (D) captured 47 percent of the first-place vote. If they fail to achieve a majority in the first round, officials will drop the lowest candidate and redistribute the votes of their second-place supporters until one candidate achieves a majority. It’s possible for Peltola to make it over the threshold in the first round, but even if not, she’s close to winning the majority in a later round.

California’s 6th: Rep. Ami Bera (D) appears likely to win re-election, but The Associated Press has not yet announced the race because nearly half of the vote has yet to be reported. But NBC and ABC have both predicted Bera as the winner, and he leads by 12 percentage points from the votes already cast.

California’s 9th: Rep. Josh Harder (D) is running for re-election in this Central Valley district, which includes Stockton, although he faces mostly new voters after the reallocation. Harder currently leads Republican Tom Patti, who sits on the San Joaquin County board of directors, by 13 percentage points with about half of the vote counted.

California’s 47th: In this district, which includes Irvine and other parts of Orange County, Rep. Katie Porter (D), a prominent progressive, has a 3-point lead over Republican Scott Baugh. But 28 percent of the estimated votes have yet to be reported.

Maine’s 2nd: Moderate Rep. Jared Golden (D) has a 3-point lead over Republican challenger Bruce Poliquin. Almost every vote was tabulated, but Maine uses a ranked voting system. Golden remains at 48.5 percent, slightly below the majority required for an overall win in the first round. Golden’s lead gives him an advantage in subsequent rounds once others are eliminated, but the Democrat himself ousted Poliquin in 2018 after falling behind in the first round.

Oregon’s 6th: In Salem and parts of the southwestern suburbs of Portland, Democrat Andrea Salinas has a narrow 1.8-point lead over Republican Mike Erickson. Nineteen percent of the votes have yet to be reported. Salt flats on Wednesday said she was confident She will come out on top once all the votes are tallied while Erickson does on Friday said his team remains optimistic.

Arizona’s 1st: Rep. David Schweikert (R) is struggling to retain his seat, which is more favorable to Democrats, during the redistricting. Democrat Jevin Hodge leads by less than a percentage point with 14 percent of the estimated outstanding vote. The district is within Maricopa County, including Scottsdale and other parts of the Phoenix area. The mail-in ballot count, which is expected to be completed by Tuesday, is expected to shift redder over time.

California’s 22nd: Rep. David Valadao is the only Republican in the House of Representatives to run this year, impeaching former President Trump and not facing a major Trump-backed challenger. But with just over half the reported votes, Valadao has just a 5-point lead over Democrat Rudy Salas, giving Democrats hope the seat may still be within reach. The district includes Bakersfield and parts of the Central Valley.

Graham backs calls for Senate leadership election to be delayed

California’s 41st: Rep. Ken Calvert (R) leads Democrat Will Rollins by 1.5 points in that Riverside County borough as of Sunday. But about a third of the estimated votes remain outstanding, potentially clearing the way for Democrats to turn the seat. After the redistribution, Calvert’s seat now includes areas like Palm Springs, which is known for its LGBTQ community.

The other remaining districts all appear to be leaning towards the Republicans.