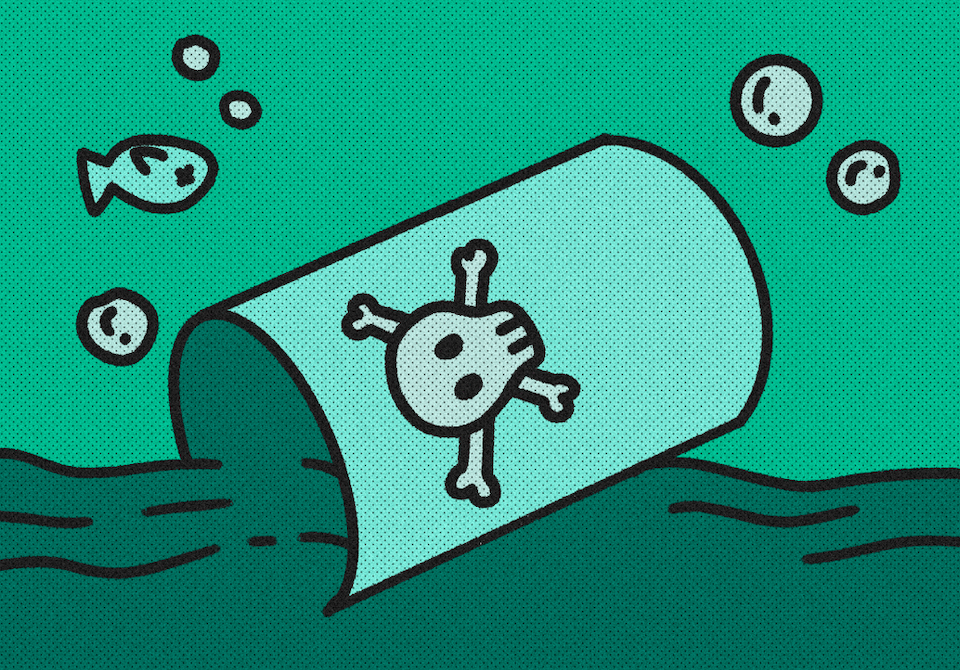 In 1972, the use of an insecticide called DDT (dichlorodiphenyltrichloroethane) was banned in the United States after its devastating environmental impact became apparent with the publication of Rachel Carson’s Silent Spring. After public outcry successfully brought about the ban, the public turned its attention elsewhere. It was never questioned how or where the DDT waste was disposed of.

But as we learned with microplastics, industrial waste doesn’t just go away. Chemical waste settles in our ecosystems, often unnoticed until it’s already too late.

David Valentine, a scientist at UC Santa Barbara, was studying offshore methane vents near Catalina Island when his equipment began picking up unusual signals from the seafloor that “gave him the chills,” according to the Los Angeles Times.

Knowing that this region was overshadowed by a dark history of unimaginably ruthless dumping, Valentine was forced to investigate.

Valentine took his remote-controlled gear up to 3,000 feet below the ocean’s surface and found what he feared most. Old barrels lay scattered on the seabed and appeared to be leaking. Further investigation confirmed Valentine’s suspicions: DDT was leaking from these kegs, and probably had been since they were disposed of decades ago. Studies have shown that concentrations of contaminants in sediment on the seabed are 40 times higher compared to other, more closely monitored contamination sites.

It is estimated that up to half a million barrels of DDT remain on the seabed, and even if every barrel were removed, the chemical would already have irreversibly permeated the ecosystem. DDT-contaminated forage fish likely contribute to the presence of DDT in the blood of larger marine animals such as dolphins and seals. Because of the way DDT is easily stored in fat, the compound secretly accumulates in animal bodies in increasing amounts through a process called “biomagnification” as it moves through the food chain. Because DDT has an incredibly stable chemical composition, it will take generations to break down and its toxicity will not decrease over time.

Valentine’s discovery is symbolic of decades of neglect perpetuated by industry leaders, government and even the general public. Reports easily revealed how the DDT landed on the bottom of the ocean in the first place. For example, according to the Los Angeles Times, a 1985 document states that “each container was broken up individually before being thrown overboard. Barrels of chemicals were emptied and allowed to sink after holes were made at the top, bottom and sides.”

As those barrels disappeared under the waves, DDT became irrelevant in the environmental dialogue—the public was no longer concerned, so industry and government were no longer held accountable.

Despite the scale of this problem, Valentine remains hopeful that his discovery will reignite the public outcry seen decades ago and spark real changes in the way we manage our oceans.

Although the ocean floor may seem like a far-off, alien place, “we rely on the health of these waters far more than we know,” Valentine told the Los Angeles Times.

Valentine also believes his discovery is insufficient to fully understand the problem: “[t]The fact that there could be half a million barrels down there… we owe it to ourselves to find out what happened, what’s actually down there and how far it’s all spreading.”