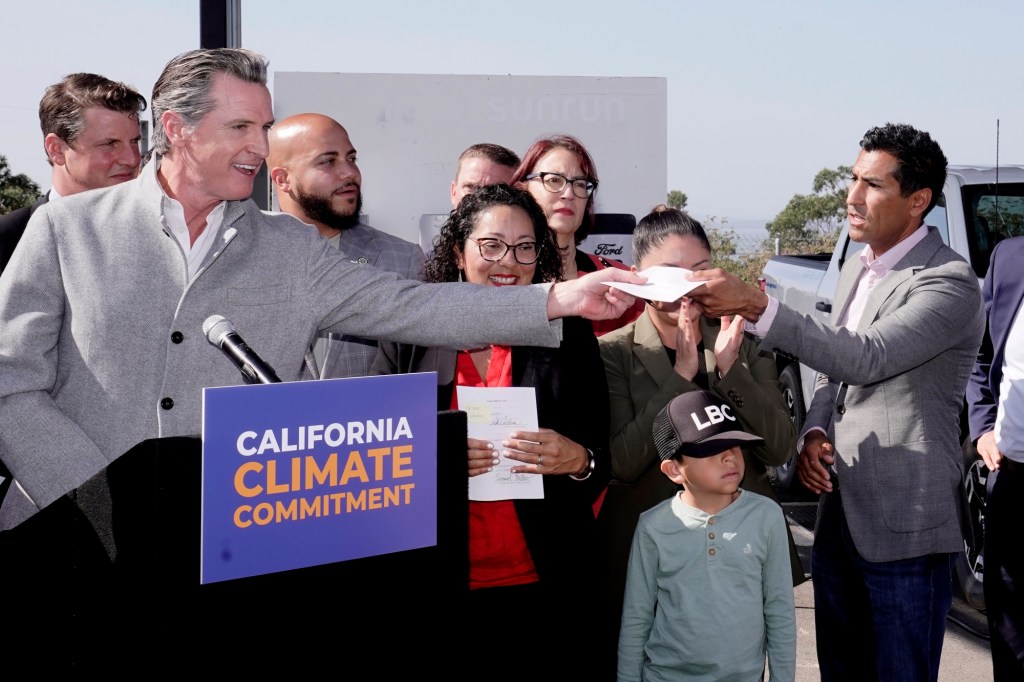 It’s been a breakthrough year for climate action in California, with a major opportunity for progress still to come: the state’s new five-year climate plan.

After Governor Gavin Newsom and state lawmakers passed the most ambitious climate legislation in years, all eyes are now on the California Air Resources Board. That’s the agency tasked with updating what’s called the scoping plan, which serves as California’s climate roadmap. With the plan only being updated every five years, the decisions CARB makes in the coming weeks will shape California’s climate future.

As the December CARB deadline approaches, two glaring flaws remain in the plan.

First, California’s current goal of achieving carbon neutrality by 2045 comes too late. A report by The Climate Center and other leading researchers last year showed how the state can become carbon negative by 2035 or even 2030 by removing more CO2 from the air than California emits. And it can be done in ways that create thousands of good jobs and reduce inequality.

To get there, CARB should set a more aggressive goal of reducing greenhouse gas emissions by at least 55% below 1990 levels by 2030.

Achieving that goal would create 235,000 new jobs and boost the state’s economy by $55 billion, according to a recent analysis. That shouldn’t come as a surprise, given that clean energy investments create almost twice as many jobs as the fossil fuel industry.

To accelerate the transition to clean energy, CARB must also begin planning an economy-wide phase-out of fossil fuels while ensuring oil and gas workers are not left behind.

Second, CARB relies on carbon capture and storage, a failed and expensive technology that perpetuates pollution in frontline communities. Evidence from around the world suggests that carbon capture is prolonging fossil fuel use and endangering nearby communities. But fossil fuel companies have spent millions of dollars persuading CARB and many world leaders to look the other way. In the first half of 2022 alone, carbon capture interests spent $13.7 million lobbying California policymakers.

Instead, California should seek proven, natural carbon sequestration solutions to reduce past climate pollution. A new law signed this year requires state authorities to set an ambitious target for natural carbon sequestration by 2030. From planting trees in our cities to improving soil health on farms, California can use our ecosystems to remove carbon from the atmosphere and improve public health, especially in communities hardest hit by air pollution.

Marginalized communities are bearing the brunt of California’s climate crisis, while fossil fuel interests are prioritizing profit over the health of our communities and the environment. All Californians should have equal access to climate solutions.

Right now, with the support of President Joe Biden and Congress, California has every reason to be brave on climate change. The Inflation Reduction Act and other federal programs will bring in billions of dollars in funding for clean energy and natural climate solutions. California can use these funds to raise our 2030 goals, invest in green jobs, and put social and racial justice at the heart of our climate policies.

With the scoping plan process entering the home stretch and the United Nations Climate Change Conference underway, the stakes couldn’t be higher.

If CARB steps forward, California could become the climate leader the world desperately needs. We have the technology and know-how to set standards for climate protection, but so far we have lacked the political will. That’s finally starting to change. Newsom and CARB must bring California’s climate ambitions into the final draft of the state’s scoping plan.

Ellie Cohen is CEO of The Climate Center, a nonprofit dedicated to reducing climate pollution quickly and equitably at scale, starting in California. Daniel Kammen is Professor of Sustainability at UC Berkeley. He is a former coordinating author of the Intergovernmental Panel on Climate Change and is Senior Advisor on Energy and Innovation at the US Agency for International Development. Distributed by CalMatters.org.