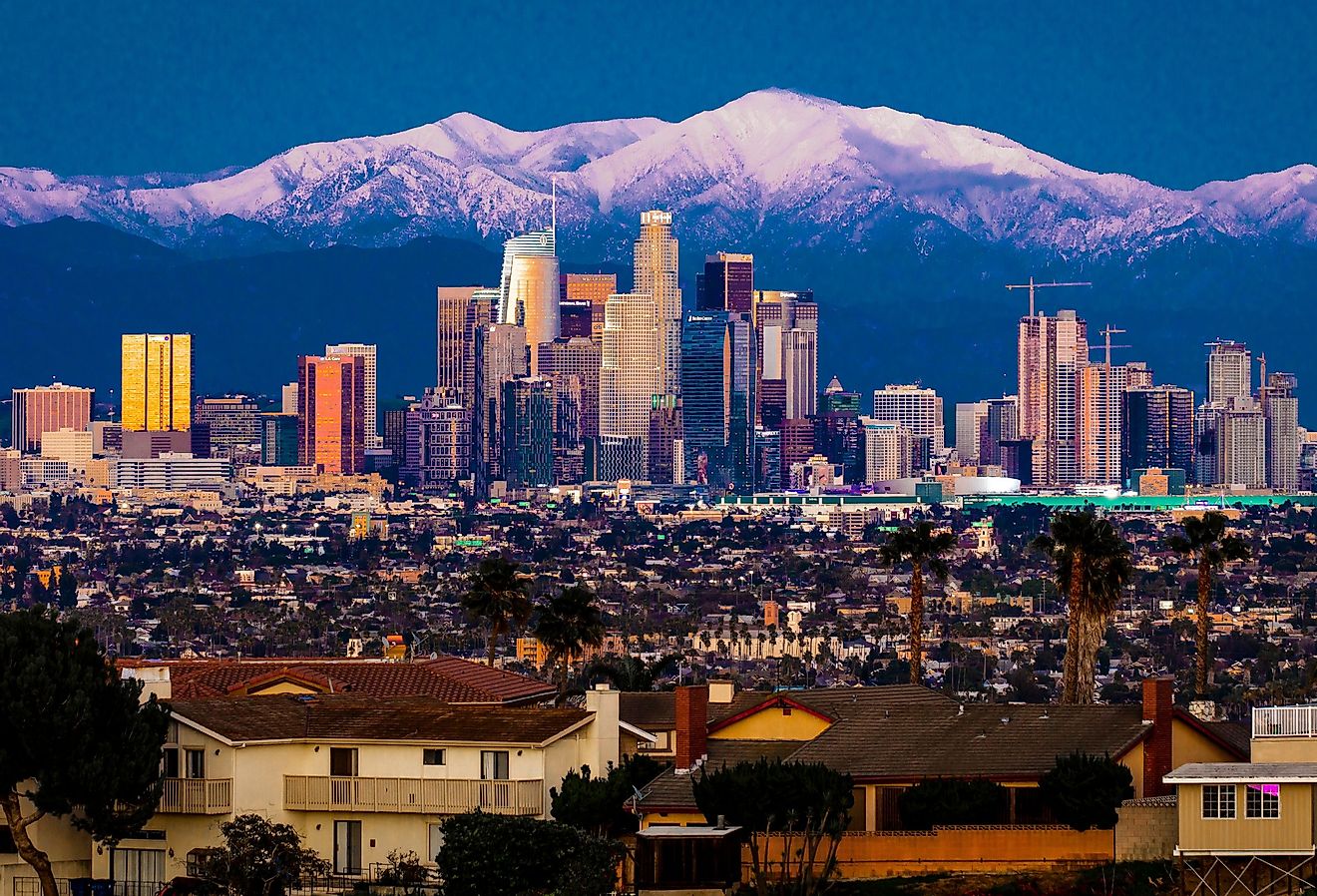 Crime is an unfortunate but unavoidable fact of life. Wherever large numbers of people live together, a certain level of crime is to be expected in one way or another. California is no different. California is the most populous state and is home to many cities and neighborhoods. High unemployment rates, poverty, lack of job opportunities and homelessness have made some areas undesirable travel destinations.

These are California’s most dangerous cities as measured by the number of violent crimes committed per capita in 2021 and according to the FBI Crime Data Explorer (CDE). Violent crime includes murder, rape, aggravated assault, robbery, all forms of property crime, arson, burglary, theft and auto theft.

As part of the Los Angeles metropolitan area, San Bernardino has the highest violent crime rate in all of California. Crime rates have been increasing in this area since 2017 and have not slowed since. With a poverty rate of almost 25 percent and a median household income of $49,287, it’s not too shocking that this city made the list.

The level of education could be a big issue contributing to the city’s high crime rate. Of the 222,203 people who call San Bernardino home, only 70 percent have a high school diploma, and 33 percent come from a single-parent household.

It should come as no surprise to see Oakland on this list. A city commonly associated with gang activity and crime, many residents have waited far too long for Oakland to shed its rough and dangerous reputation.

A short drive across the bridge from San Francisco, Oakland is not following its twin city’s trend of declining crime rates. On paper, Oakland shouldn’t lag too far behind other Bay Area cities in terms of wealth, with a high average household income and a somewhat low poverty rate. Unfortunately this is not the case.

There is such a gulf between the poor and rich areas of Oakland that sometimes it’s hard to believe you’re still in the same city as you travel back and forth between them. The Eastmont, Webster and Fitchburg areas are all notorious for their disproportionate crime rates and poverty.

Stockton, a town known for its rough behavior, has seen a crime resurgence in the second half of the last decade. 2022 looks set to be a bad year for the city as the number of homicides has already surpassed last year’s.

Many community members are calling for changes, but it’s still unclear if anything will happen immediately. Around 17 percent of Stockton residents live below the poverty line. This may seem small at first glance, but it corresponds to around 54,100 people. Stockton is long overdue for a change. The Northern California city has long been a victim of high crime rates.

A city all too familiar with violence and gang culture, Compton still has a high violent crime rate for its population. Despite its bad reputation for decades past, Compton has seen a steady and consistent decline in crime since its notorious days in the 1980s and ’90s, but this is just part of a larger trend that’s occurring nationwide.

However, with a relatively low median household income of $58,703 and a poverty rate of nearly 20 percent, there is still work to be done. Hopefully, as the city sheds its bad image, it can be on the receiving end of lucrative new businesses and lavish developments.

As part of the larger San Francisco Bay Area, Richmond has seen a steady increase in violent crime since early 2014. Known for its beautiful ocean views and outdoor activities, Richmond also has one of the highest crime rates in California.

Richmond’s poverty rate is slightly above the national average of 15.1 percent. Approximately 16,943 of 107,702 residents live in what California considers poverty. While these numbers are by no means unusual, the lack of jobs and opportunities nearby is compounding the problems.

Los Angeles has seen better days. Struggling with street violence, rampant homelessness and drug addiction, the LAPD is struggling to keep up. Social services are also lagging behind. Inundated with homeless people arriving from other parts of the US, local homeless shelters are at full capacity, and “tent cities” are now commonplace in Los Angeles.

Many initiatives at state and city level have been started try to counter these problems. It’s too early to tell if they will have a positive impact on the city. An increase in homicides has rocked LA in recent years, rising significantly from 258 in 2019 to 351 in 2020. Although it has not reached the same level as in the 1990s, it is still a matter of serious concern. Assaults and armed robberies are also on the rise.

These numbers are certainly shocking, but that doesn’t mean you have to live in fear and constant paranoia. If you end up in a bad part of town, take simple safety precautions. Making sure you don’t show any signs of wealth or affluence is a simple step anyone can take to make themselves less likely to be the target of a mugging or robbery. Flashy accessories like watches, jewelry and expensive electronics should stay at home. It’s also important to stick to busy roads and maintain good situational awareness, no matter where you are.