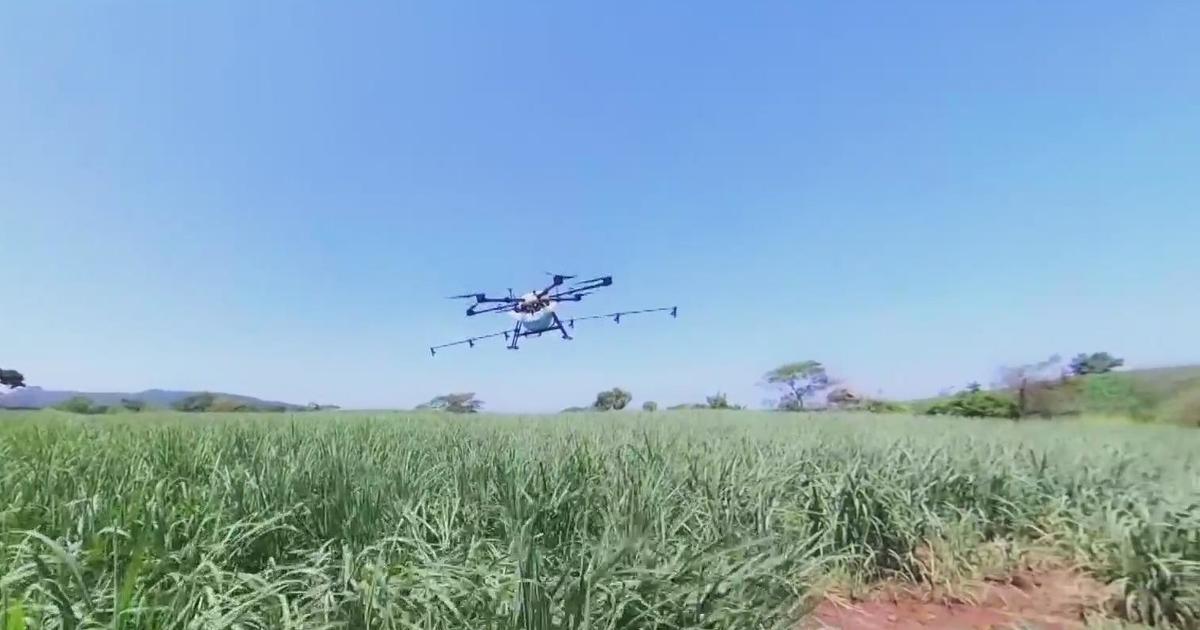 COLUSA COUNTY – Farmers battling inflation are getting creative and looking for cheaper ways to get their food on your table. Drones are changing the game by helping farmers save on expensive things like fuel and water.

California farmers are used to checking the sky for rain — but not for drones.

“They’re like a bunch of Roombas. They fly their own flight pattern, drop what they need and come back,” said Kurt George.

George is an agricultural drone expert and rice farmer in Colusa County who said the new technology is helping farmers fight inflation, especially when it comes to fuel, since they’re fully electric.

“You don’t have a fuel cost to run it where you would pay for the jet fuel or your diesel fuel in your tractor or anything like that,” he said.

“Fuel costs are out of sight and something we didn’t plan for,” said Tom Slater.

Slater is the owner of Slater Farms and said bad weather and skyrocketing costs have hurt farmers in the valley.

“This year has been as tough as it gets for me and many in this region,” he said.

Fertilizer costs have increased by up to 80% this year, according to a new report. That costs an increase of about $20 per acre for wheat farms, $30 per acre for cotton farms, $40 per acre for feed grain farms, and $60 for rice farms.

That costs some farmers well over an additional $100,000 a year just for fertilization alone.

“That makes it difficult, and you really feel it on the other end after harvest, because you had to put so much in to get the same amount of rice from your field,” George said.

You reap the same income but spend a lot more to get there. Technologies like drones make a difference.

“Having a drone that can fly right over it saves a lot of time, a lot of work and a lot of money,” George said.

Not to mention the reduced water consumption – a scarcity for the farmers in the valley.

“It’s one-tenth the amount of water you have to mix with what you apply to the field. That adds up over time,” George said.

As technology adapts, it’s a change that these farmers welcome.

“We’re constantly being asked, some of these new technologies are taking jobs away from us. But we don’t have any work to take away,” Slater said.

Fighting one uphill battle after another, these farmers are happy that the new technology is relieving some of their ‘bottom line’ burdens.

The drone can cover about 25 hectares per hour. It costs a farmer about $40,000 compared to other aircraft and ground equipment which can cost over $150,000.