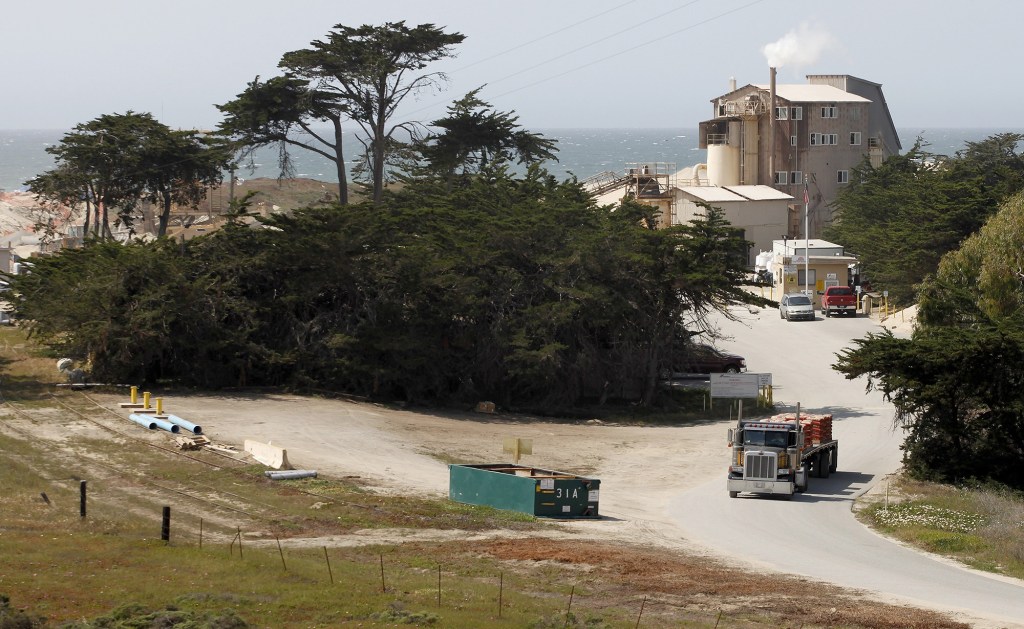 After a decade of debate and political wrangling, the California Coastal Commission has approved a plan to build the largest ocean desalination plant ever built in Northern California.

The project, proposed at the site of a former sand mining plant on the Monterey Bay shore near the town of Marina in northern Monterey County, would be just one-tenth the size of the country’s largest desalination plant, built in 2015 in Carlsbad near San Diego.

But it would provide 4.8 million gallons of drinking water from the ocean every day — about 35% of the water supply for Monterey, Carmel, Pacific Grove and the surrounding communities — many of which have suffered water shortages over the past 25 years.

After a 12-hour public hearing in Salinas with more than 300 witnesses, the Coastal Commission voted 8-2 late Thursday night to approve the plan, which Gov. Gavin Newsom supported.

“We have a building moratorium. We have water rationing,” said Josh Stratton, a spokesman for California American Water, a private company that proposed the plant, which provides water to about 100,000 people in the Monterey Peninsula area. “There are several housing projects that have not progressed. We already have one of the lowest per capita water uses in the state. This is urgently needed.”

The project has received support from the Monterey tourism industry, including major hotels and resorts, as well as chambers of commerce, the Monterey County Farm Bureau and the Monterey Peninsula Taxpayers Association.

But opponents launched a passionate and persistent attempt to kill it. They noted that according to Cal-Am’s own projections, the project would increase water bills by 50% per month and increase the average bill by about $50.

Critics included environmental groups and some local elected officials, particularly from the town of Marina, which has far more minority and low-income households than the famously affluent nearby communities like Pebble Beach and Carmel. They determined that Marina would not receive water from the project since it is not serviced by Cal-Am Water.

“Water is getting obscenely expensive,” said Melodie Chrislock, director of Public Water Now, a nonprofit group pushing for a public takeover of Cal-Am. “And it’s not fair to put it down to Marina. They don’t get a drop of water and they get all the environmental impact.”

Cal-Am estimated the cost of the facility at about $330 million, but that estimate is several years old.

The Coastal Commission staff report estimated water costs at approximately $6,000 per acre foot. One acre foot or 325,851 gallons is enough water for two families of four for a year.

“It is premature to build a desalination now. It’s locking the Monterey Peninsula in an expensive solution,” said Mandy Sackett, California policy director for the Surfrider Foundation, an environmental group.

However, proponents countered that the water recycling project and groundwater wells in general are important but not as “drought-proof” as the desalination project because underground water pools in the area have problems with seawater intrusion and also demands from farmers.

They also noted that the desalination project would have little impact on wildlife. The plan is to drill up to seven inclined wells 200 feet below the sea floor and slowly pull seawater through the sand. The wells would be constructed at the former CEMEX sand extraction facility, which had been in operation on the beach near Marina since 1906 and closed last year. Their pads and electrical equipment would occupy 1 acre.

The seawater would be piped about two miles east to a desalination plant that would be built adjacent to an existing sewage treatment plant. The water would be channeled to the surrounding towns. And the leftover brine would be mixed with treated wastewater to bring its salinity back to sea level and discharged into the ocean through an existing pipe that empties into Monterey Bay two miles offshore.

California has been in a severe drought for 8 of the last 11 years. In the face of climate change, Newsom has said the state needs to expand its water supply by building more off-stream reservoirs, water recycling plants, stormwater harvesting projects and desalination plants.

The Monterey area has suffered serious water shortages since 1995, when state regulators said Cal-Am was taking three times as much water from the Carmel River as it was entitled to and ordered cuts. Voters rejected plans for a new dam on the Carmel River, and several other desalination projects were proposed but never built.

There are now 12 ocean desalination plants in California. But most are small, serving military bases, power plants, and other facilities, like the Monterey Bay Aquarium. In addition to the Carlsbad plant, there are plants in Santa Barbara and Catalina Island. In May, the Coastal Commission rejected a massive development in Huntington Beach, citing environmental concerns.

Last month it approved a facility in Dana Point that is similar in size to the facility in Marina.

There are another 23 brackish water desalination plants in California. They draw water from a variety of sources outside the ocean, including saline groundwater, or in the case of a facility currently under construction in Antioch, water from the Sacramento-San Joaquin River Delta.

Water experts on Friday said they expect more desalination plants to be approved, particularly if the drought worsens, but predicted the ocean-related plants will mostly be smaller plants in water-stressed areas.

“The ocean is an inexhaustible supply,” said Jeff Mount, UC Davis professor emeritus and senior fellow at the Public Policy Institute of California’s Water Center. “But in most places the water is too expensive to drink. We can’t afford that.”