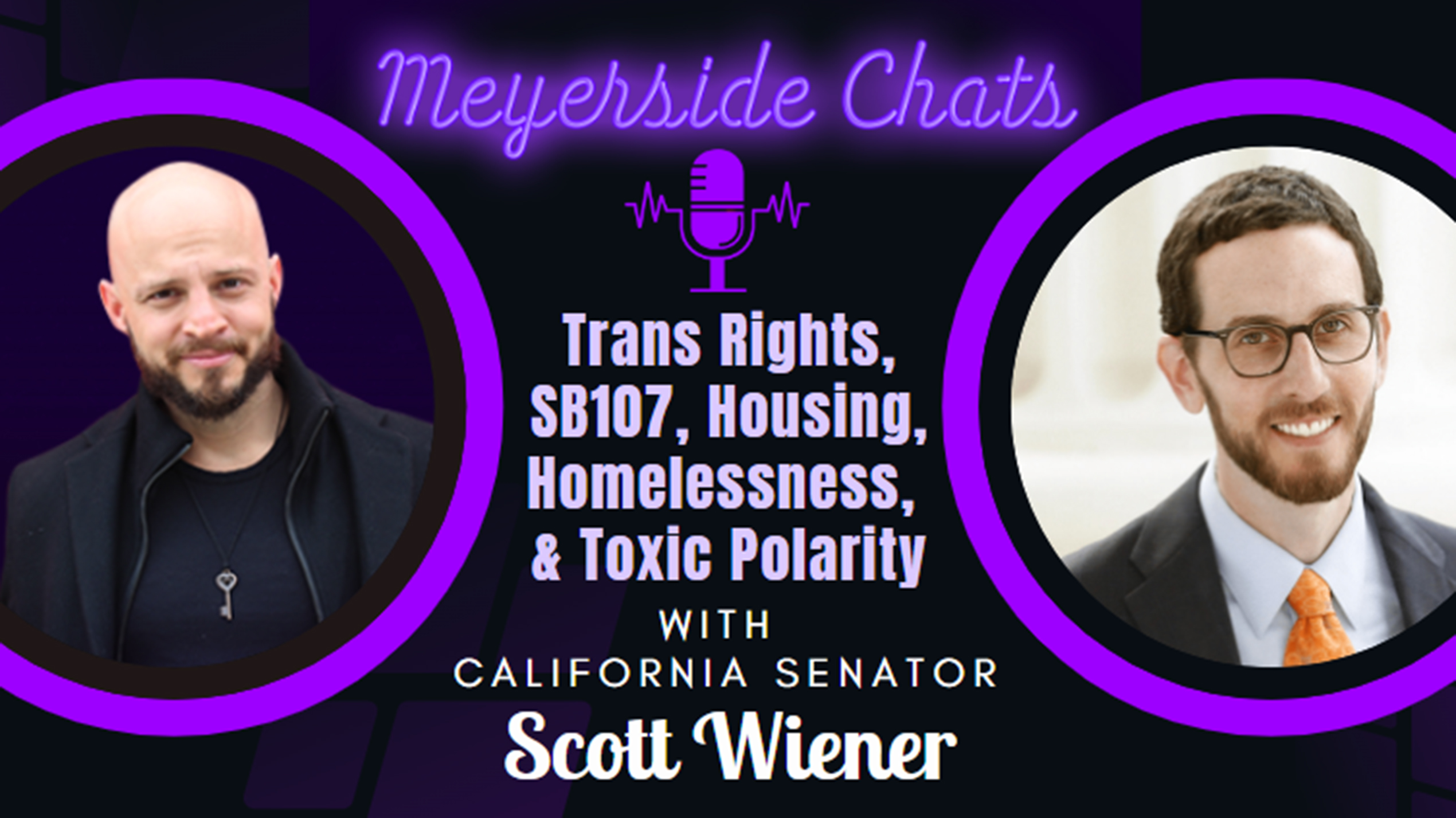 State of politics, extreme polarization, difference between Fed and government | 1:00

California vs. other states age for minor decisions | 7:00 a.m

Why there is opposition to many of the pro-trans bills | 15:00

Meyerside Chats seeks to eliminate the “us and them” narratives and toxic polarization by striving to create virtuous community leadership and authentic conversation. The intention is to demonstrate the humanity of those who take on the often thankless tasks of public service, through civil discourse and the appreciation of different viewpoints.

Are you interested in one of the above civic topics? Please make sure to subscribe to the Youtube channel. You can also tune into Meyerside Chats at the Santa Monica Daily Press.

In the Senate, Senator Wiener is committed to making housing more plentiful and affordable, investing in our transportation systems, improving access to healthcare, meaningfully addressing climate change and the effects of wildfires, reforming our criminal justice system, reducing gun violence and California’s high… Reducing poverty Protecting and expanding the rights of all communities, including immigrants and the LGBTQ community.

Senator Wiener drafted 65 bills that were signed. Among them are SB 35, a landmark housing approval expediting law that has led to thousands of new affordable housing projects in San Francisco; SB 10, which provides a powerful tool for local governments to zone more housing faster; SB 886, which will streamline and expedite college housing production statewide; SB 855, which makes California the nation’s leader in mental health and addiction treatment by requiring insurance companies to cover all medically necessary treatments; SB 822, which enacts the strongest net neutrality protections in the nation; SB 1045 and SB 40, which expand and strengthen California conservation laws to serve people living on our streets with serious mental health and substance use disorders; SB 379, which requires cities to implement immediate permits for solar and energy storage systems; SB 700, the largest clean energy storage investment in California history; SB 923, which modernizes California’s standards for identifying eyewitnesses to ensure innocent people don’t go to jail; SB 136, which reduces mass incarceration by repealing California’s most commonly used sentence expansion; SB 73, which ends mandatory minimum sentences for nonviolent drug offenses; SB 107, which provides sanctuary for trans children and their families in California to avoid prosecution for seeking or allowing gender-affirming care in states such as Texas and Alabama; SB 219, which protects LGBTQ seniors in long-term care facilities; SB 159, which allows pharmacists to provide PrEP and PEP (powerful HIV prevention drugs) without a doctor’s prescription; and SB 132, which requires prisons to place incarcerated transgender people based on where they are safest (e.g., based on gender identity).