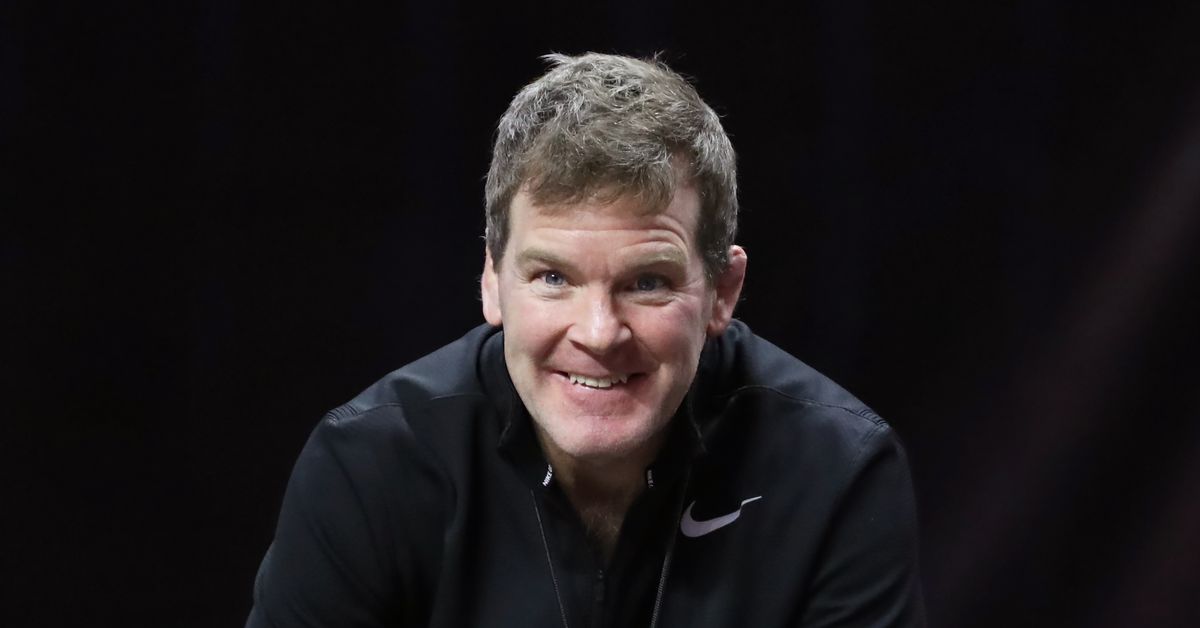 After extreme turnover and the graduating of a handful of fan favorites, it’s Tom Brands and company’s turn with a new (and significantly) younger look. Perhaps for the first time in five years we can finally say that we are in “rebuilding” or at least “stocking up” mode. More than four fresh faces will crack the grid each weekend, but that doesn’t mean we sit idly by waiting for development! Oh no, despite the youth movement, our Hawkeyes debut at number 2 in the Intermat rankings!

After a third-place finish at last year’s NCAAs, we say goodbye to Austin DeSanto, Jaydin Eierman, Alex Marinelli and Michael Kemerer. All but Kemerer have remained at Hawkeye Wrestling Club to compete and roll around with the next talent.

That’s a big score we’re missing, but thanks to the transfer portal and time to heal, we’re clawing back some much-needed points to push those above rankings back up.

Monster transfer at 141 pounds, Real Woods checking in 2nd. Woods transferred from Stanford in the offseason and was an All-American last year, finishing sixth.

With him is ex-UNI Panther and two-time NCAA qualifier Brody Teske at 133 pounds. Teske has retired in the last two years in the R12 and R16 respectively but is eager to make amends and has his sights set on a podium in the Black & Gold.

We also welcome back Max Murin, Nelson Brands (who is currently injured), Abe Assad, Tony Cassioppi and last year’s finalist Jacob Warner. Without a doubt, this is a tremendous mix of talent to direct and mentor the next great lineup.

With the Dual happening soon, I’ll keep this preview short and sweet, expanding on our new look over time.

Should they take a few surprises early on, it could put some pressure on the back end of the lineup. It’s not uncommon for veterans to shuffle their feet and look stale, especially in the early clashes of a long season, and that’s what the CBU is aiming for.

If you want to see into the future and/or some guys are off to a good start then this is the dual for you.

I’m excited for some preseason rewards, but that doesn’t mean it’s not a bittersweet start to the year. But if we’re honest with ourselves, we shouldn’t need our big guns to propel us to our first one-two of the season.

We all knew Spencer Lee would be used sparingly to keep him healthy through March. After all, he’s aiming for his 4th title, which would make him the fifth 4x champion in NCAA history. Caution is strongly advised.

Also, Drake Ayala is wearing a red shirt this season, so we won’t be seeing him.

But even without Lee in the lineup, we scattered these veterans throughout. We have proven commodities with Woods, Warner and Big Cass, but this could be the year we see Mad Max, Nelson Brands (if healthy) and Abe Assad make it onto the podium.

As of this writing, Cullan Schriever is currently competing in the Luther Open and winning, suggesting he is unlikely to wrestle in this dual. He also appears to have some sort of wrap around his right arm. It’s quite possible he’s a little shaky in the beginning and some lighter work at the Luther Open is just what he needs to get back on track.

Teske is good, really good, and as far as I know they are pretty even in space. I wouldn’t read too much about who’s wrestling where this weekend.

Murine was easy was delayed in its announcement of returning for another season. After a couple of heartbreaking tournaments, it’s understandable. An early maul could go a long way in boosting his confidence and if there’s one thing we’ve noticed throughout his career it’s that once his confidence is boosted he can argue with anyone. So let’s get it going early and often!

This will be another open battle between Rathjen and Siebrecht all season, with the possibility of Bretli Reyna getting a start or two as well. Rathjen was a big name from the state of Iowa, but Siebrecht has been the slow burn in the room for the past few years, which has turned well into a sneaky weapon. At the moment I think Siebrecht has the slight edge with experience on his side and is a monster on top of that. But the question is whether he’s advanced his bottom game.

After Alex Marinelli’s successful career, we finally get to see Kennedy getting his time in the spotlight. He has some big shoes to fill, but I expect him to fill them well. He freshly won an U23 Freestyle National Title this summer but this will be his first match in which he knows he is The guy.

This will be a slugfest of a game, but one to keep an eye on performance-wise.

With Nelson Brands and Brennan Swafford both handicapped by grievances, Mr. Rhodes wins the fight. Rhodes is a true novice and three-time state champion from Montana. In all likelihood we’ll see him for four or five starts before either Swafford or Brands return. This is important because we will be relying on him for the first month. His points and growth will be tested in this early part of his career.